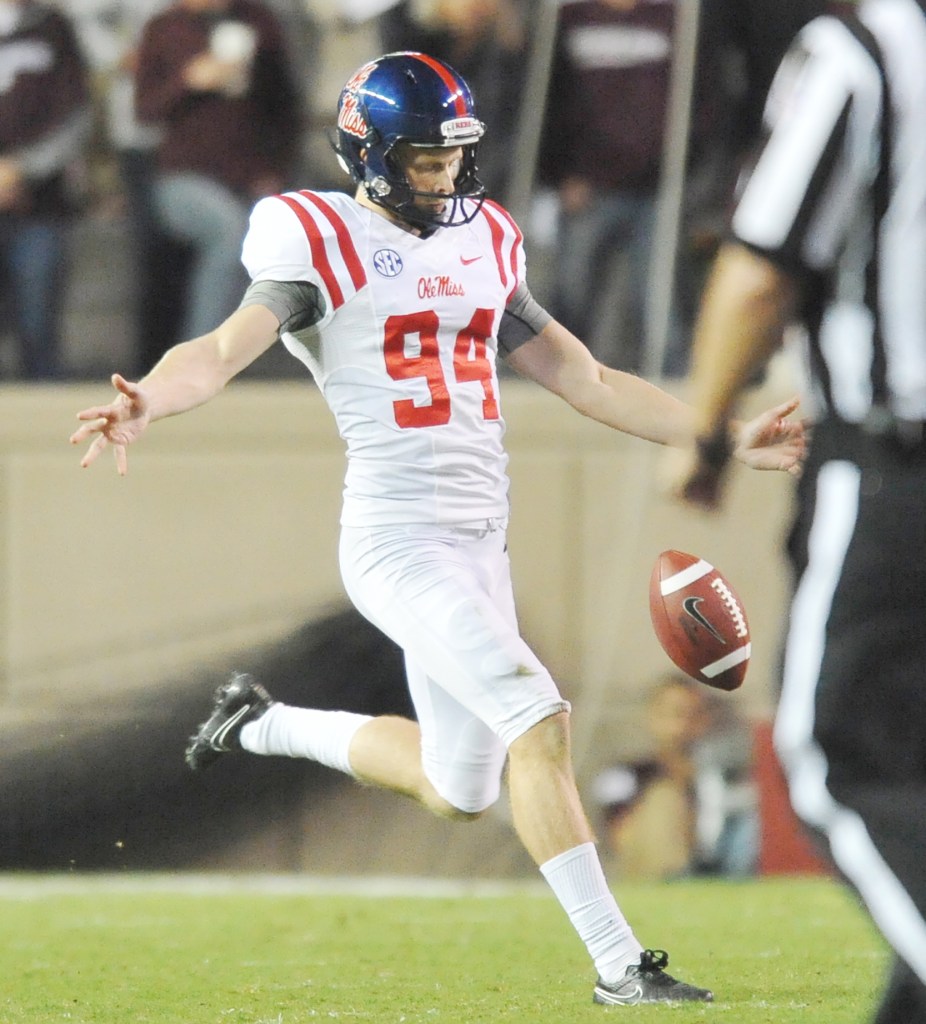 Will Gleeson is returning for his third year as the Rebels’ punter and helped Ole Miss finish fifth in the SEC in net punting yards last season. (Bruce Newman)

AUGUSTA, Ga. – Ole Miss junior punter Will Gleeson was named to the Ray Guy Award Pre-Season Watch List, the Augusta Sports Council announced Thursday morning (July 7). Gleeson is one of 27 candidates on the watch list for the award given to the nation’s best collegiate punter.

Gleeson is entering his third year as the Rebels’ primary punter. Over the past two seasons, he has averaged 42.0 yards per punt, while landing 35 punts inside the 20-yard line. In 2015, Gleeson’s directional punts helped Ole Miss rank second in the SEC and 32nd nationally in punt return defense, holding opponents to 5.94 yards per return. With Gleeson leading the way, the Rebels also finished the season fifth in the Southeastern Conference and 27th in the nation in net punting (39.3 yards).

The Melbourne, Australia, native posted a 40.7 average last season, booting five punts at least 50 yards and placing 11 inside the 20. In the Rebels’ win over Vanderbilt (Sept. 26, 2015), Gleeson averaged 50.8 yards per punt, which included a 62-yard punt as well as a three-yard run for a first down on a successful fake attempt.

Gleeson is no stranger to being honored for his punting performances. In 2014, he was a two-time Ray Guy Award National Punter of the Week as a freshman.

The Augusta Sports Council created the Ray Guy Award in 2000 to honor Thomson, Georgia, native and College and Pro Football Hall of Fame inductee, Ray Guy. Among the statistics used to identify the winner is net punting average, number of times a punt is downed or kicked out of bounds inside the opponents 20-yard line, total yardage punted, average returned yardage and percentage of punts not returned. The winner must display team leadership, self-discipline and have a positive impact on the team’s success.

The number of eligible candidates for this season will grow when the award opens for nominations in September. The complete list of candidates will be released on October 28. In early November, the Ray Guy Award committee will meet to select the ten semi-finalists, who will be announced on November 11. A national body of FBS sports information directors, coaches, media representatives and previous Ray Guy Award winners will then vote for the top three finalists to be announced on November 22. After the finalists are named, the voting body will cast ballots again to select the nation’s top punter. The winner will be announced live during The Home Depot College Football Awards airing on ESPN on Thursday, December 8, 2016.