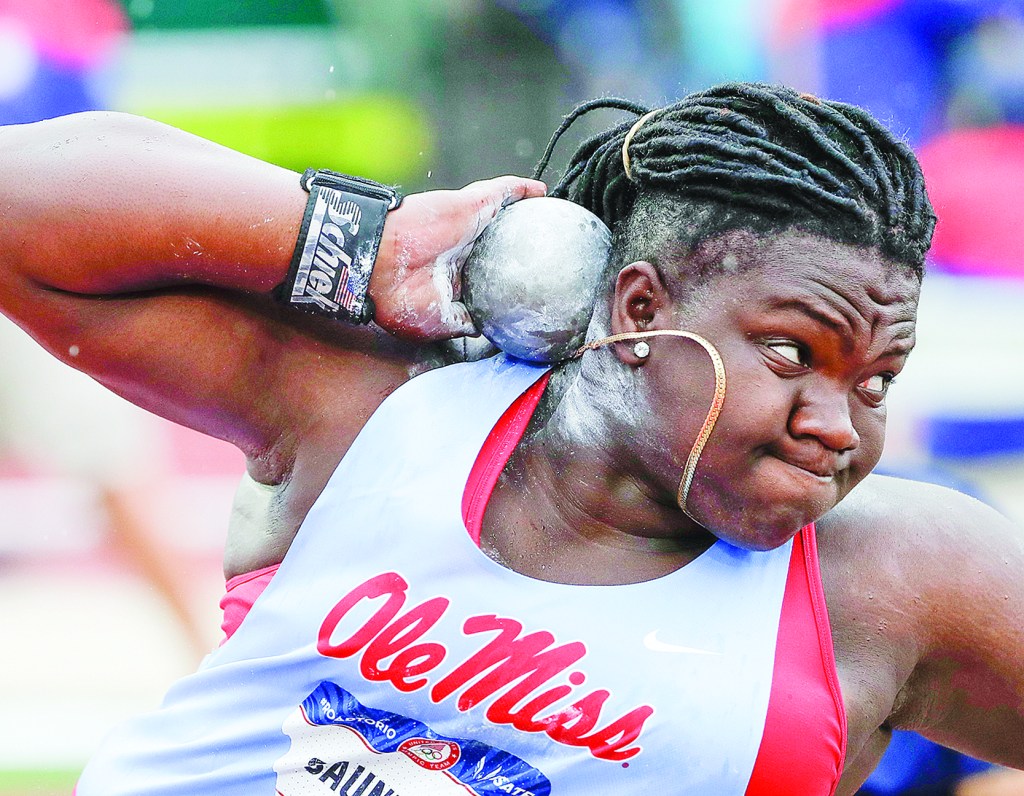 Ole Miss fans are starting to have plenty to watch during the 2016 Summer Olympics. At least in the Track & Field portion.

Sophomore Raven Saunders became the third Rebel, current or former, to earn herself a trip to Rio de Janeiro in August for the Games of the XXXI Olympiad.

The Charleston, South Carolina native took silver in the shot put U.S.  Championship at Historic Hayward Field in Eugene, Oregon on Thursday evening. Saunders earned a spot on the U.S. Olympic team with a top throw of 19.24 meters (63-feet, 1 ½-inches), just shy of her collegiate record of 19.33.

Saunders will be joining U.S. Champion Michelle Carter and bronze medal winner Felisha Johnson. Saunders was in first place heading into the sixth and final round but on the final throw of the event Carter surpassed Saunders with a throw of 19.59 to claim the U.S. Title.

It will be Saunders first time on the Olympics and will be joining another Olympic rookie in Oxford native and former Ole Miss pole vaulter Sam Kendricks who claimed his third straight U.S. title on the Fourth of July. Another former Rebel, Brittany Reese will be making her third Olympics appearance after winning the long jump on Monday with the world’s best jump since 2004.

“Rio has always been the main goal for me,” Saunders said before departing Oxford for Oregon and the U.S. Trials. “Everything else has been a tune-up, a way to work up to that meet. When I was dreaming about it, I had to dream in chronological order. … It keeps me grounded and thinking about the now while still being able to imagine what I’m going to do in the future.”

There will be a sense of familiarity for Saunders as she will be coached by the same coach who has been with her during her entire collegiate career so far. Ole Miss Track & Field coach Connie Price-Smith is leading the U.S. Women and will now have one of her own on the squad.

Volunteer assistant coaches Janeva Stevens and Jessica Ramsey also competed in the event. Ramsey did not make it out of the qualifying round earlier in the day while Stevens did advance and finished eighth with a top throw of 18.25.

Other Rebels advance
Saunders was not the only Rebel to fair well during Thursday’s events. Ole Miss had seven athletes and coaches competing throughout the day.

Isiah Young advanced past the first round of the men’s 200 meter dash. Young won Heat 3 in a time of 20.53 seconds and had the 16th overall fastest time, advancing to today’s semi-final round.