Faulkner’s description of the County Courthouse 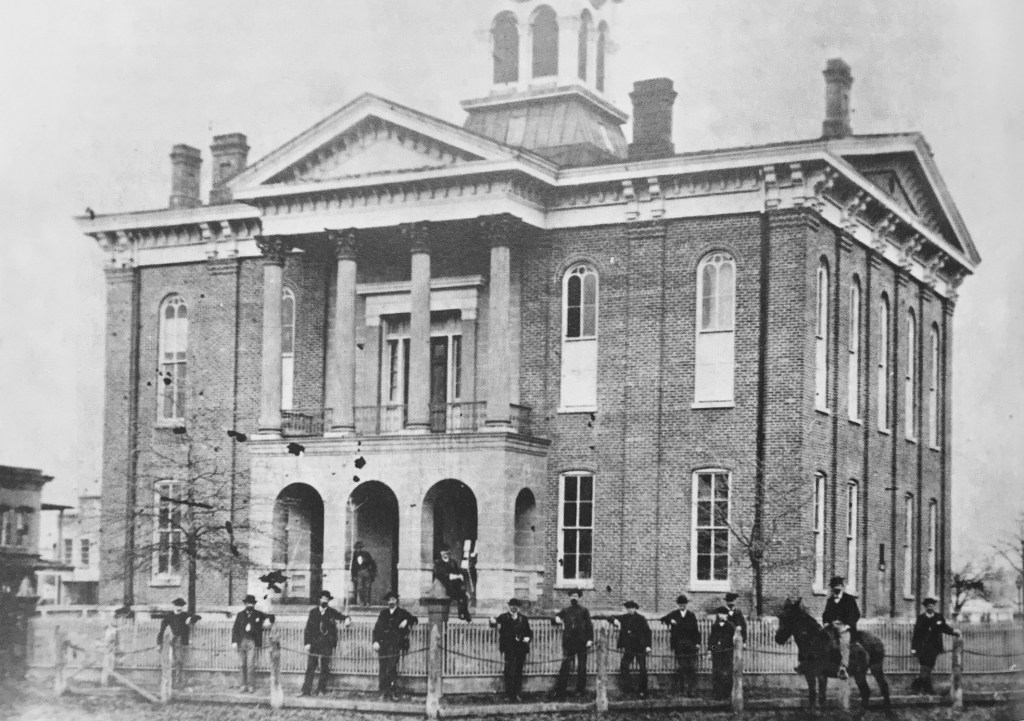 Next Sunday, July 17, marks the beginning of the 2016 edition of the Faulkner and Yoknapatawpha Conference. Each year I lead one of the tours on the last day of the conference. We go around town and visit several Faulkner sites. I try to place certain locations in reference to their appearance in a Faulkner novel. The one most attendees enjoy is our stately courthouse.

The novel is a sequel to Faulkner’s novel “Sanctuary” that had been written 20 years earlier. Malcolm Cowley, who would later edit the Paris interviews that included one with Faulkner, stated the novel was “among the most successful of Faulkner’s many experiments in narrative form … Faulkner transforms the past into the present and gives his action a sense of historical depth like a fourth dimension.”

When I re-read the description I think about when I would see Faulkner up on the Square when I was a child in the early 1950s. I distinctly remember seeing him in front of Blaylock’s Drug Store (now Square Books). In front of Blaylock’s was a small mailbox on a concrete post. The mailbox was about shoulder height to Faulkner.

Faulkner would rest his head on his arms on top of the mailbox, and gaze towards the Courthouse. I didn’t think much about that scene until later when I began to read his works and found his description of the beginnings of the Yoknapatawpha County Courthouse and how it evolved over the years.

The author starts the saga of the courthouse with a large trunk (fitted with an oversized lock that was later stolen) in the Chickasaw Indian Territory trading post. It is the depository for the first records that need to be kept in the new settlement of Jefferson. The description carries on through the building of the first brick courthouse, its destruction by the Yankees in 1863 and the rebuilding, on up to the days of Temple Drake and her visit to the courthouse to plead to her guilt in the death of her child.

In “Requiem for a Nun,” Faulkner relates what Jefferson looked like after the “United States Military” burned the Square and the businesses along with the destruction of the Courthouse. He also states that “it took nine years to build the first Courthouse, but they needed 25 to restore it.”

Faulkner goes on to state, “and this time the cupola with the four-faced clock and a bell to strike the hours and ring alarms.” He goes on to discuss the pigeons and English sparrows, which had made the old cupola their home.

“… by this time the Square, the banks and the stores and the lawyers’ and doctor’s and dentists offices, had been restored, and the English sparrows were back too which had never really deserted — the garrulous noisy independent swarms which, as though concomitant with, inextricable form regularized and rooted human quarreling, had appeared in possession of cornices and gutter-boxes almost before the last nail was driven—and now the pigeons also, interminably murmurous, nesting in, already usurping, the belfry even though they couldn’t seem to get used to the bell ….”

“… bursting out of the cupola at each stroke of the hour in frantic clouds, to sink and burst and whirl again at each succeeding stroke, until the last one: the vanishing back through the slatted louvers until nothing remained but the frantic and murmurous cooing like fading echoes of the bell itself, the source of the alarm never recognized and even the alarm itself unremembered, as the actual stoke of the bell is no longer remembered by the vibration-fading air.”

I can only guess as to what Faulkner had witnessed while leaning his head on his arms on the top of the mailbox in front of Blaylock’s Drug Store. Did the scene make it into one of his novels? I would like to think so.

Possums can wreak havoc on lawns and fire ants