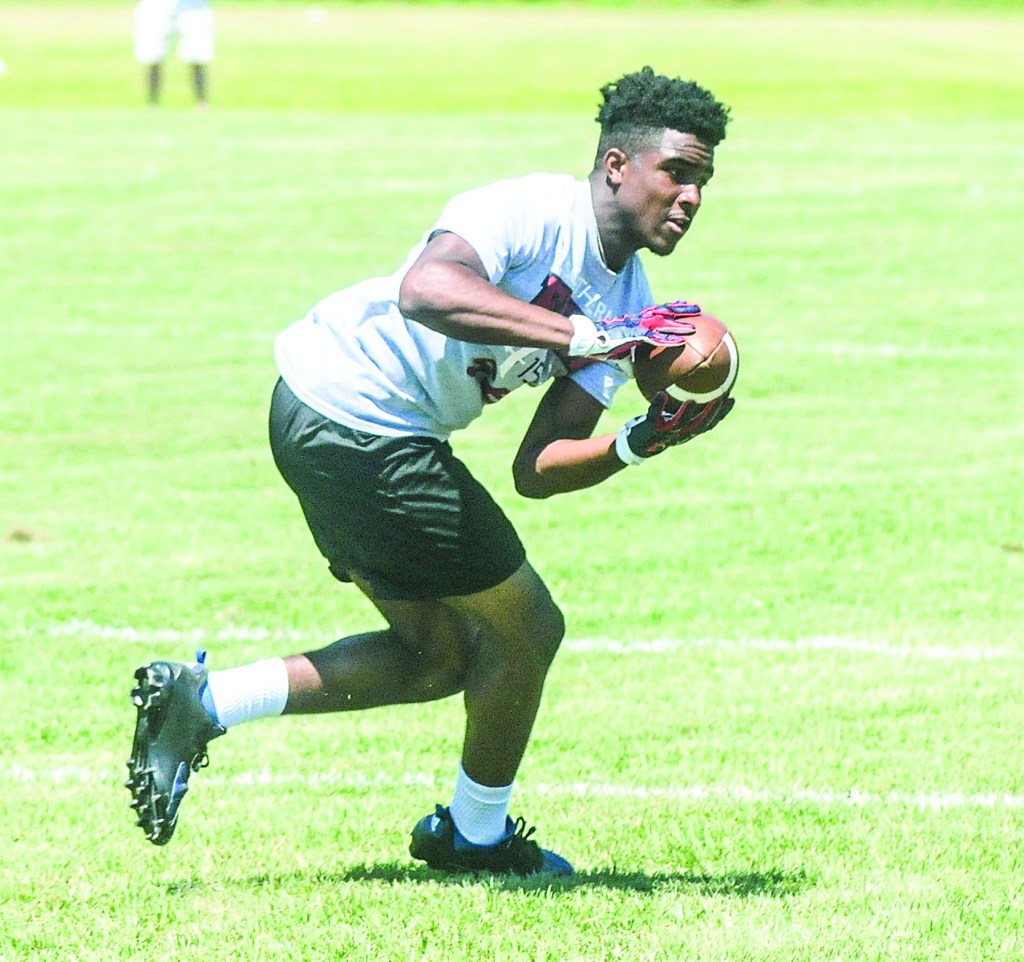 After a verbal commitment to Ole Miss last month and an impressive performance at the Southern Elite Combine, the Rebels are not the only one interested in Oxford’s Devin Rockette. (Davis Potter)

Devin Rockette would be lying if he said it didn’t bother him that other Southeastern Conference schools have started reaching out to him following his recent commitment to Ole Miss, but the increased interest in Oxford’s rising senior cornerback is there nonetheless.

And despite his verbal pledge to the Rebels, Rockette said he’ll listen to what other suitors have to say.

Since committing to Ole Miss on June 16, Rockette said he’s been hearing from coaches at Mississippi State and Alabama “at least two times a week.” Following a vacation, Rockette plans to attend camps at both schools later this month as well as Ole Miss.

Ole Miss is still the only FBS school that has offered a scholarship to the 5-foot-11, 190-pound Rockette, who’s rated as a two- or three-star prospect depending on the recruiting service. The offer came after Rockette lived up to his name by blazing a 4.38 40-yard dash while on campus for a camp early last month.

Rockette most recently competed in the local Southern Elite Combine last month, running the 40 in 4.41 seconds twice. He was named the top overall skill position player in attendance.
With another high school season to play, Rockette could re-evaluate things should more offers come his way.

“There’s a possibility I could change my mind. You never know,” Rockette said. “Just pray about it.”

It won’t be easy for anybody else who may come after him.

Growing up attending games at Vaught-Hemingway with his late father, there’s an emotional allure to the hometown school for Rockette, who said, “I just feel like that’s what I should do.” Rockette also cited a seemingly close-knit bond between coaches and players as a draw to Ole Miss.

But Rockette doesn’t want emotion to be the driving force in his recruitment.

Like most incoming freshmen, depth charts are on his mind as he’d like to get on the field early. He’s also thinking about the NCAA’s investigation into rules violations within Ole Miss’ program and if any additional penalties will be tacked on to the recruiting restrictions and scholarship reductions the Rebels self-imposed in May in response to the NCAA’s findings.

“I’ve been telling other people that I don’t really pay any mind to (the NCAA case), but it’s kind of been coming into my head,” Rockette said. “I’ve been thinking about it real heavy.”
With interest from other schools starting to pick up, Rockette has leaned on his mother, Bridgette, for advice on how to handle it all.

“She told me with all the stuff going on with Ole Miss to keep my eyes open for other schools,” Rockette said. “Anything could happen. I told her that’s where I feel like I want to go, but if any other schools want to recruit me, I’ll take my time, think about it and go over everything. If I feel like Ole Miss isn’t the school for me and I feel like another school has a better chance for me, then I’m going to take that.”

On the field, Rockette said can get better at locating the ball in the air while jostling with a receiver, just one facet he’s working on to show there’s more to his game than speed.