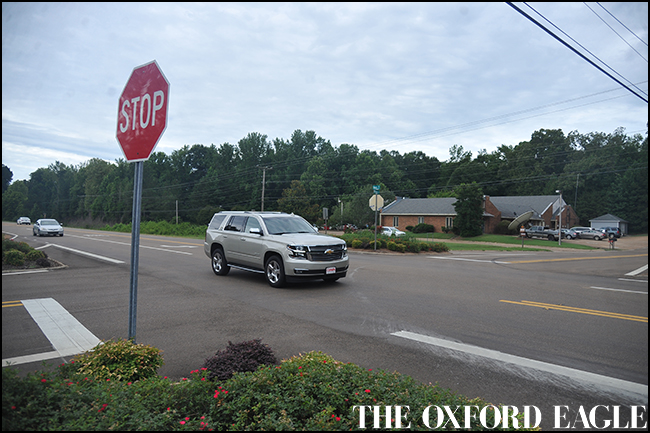 Cars travel on Highway 7 near the Lafayette County Health Department in Oxford, Miss. on Monday, January 11, 2016. Work to expand Highway 7 to four lanes has been delayed.

A Mississippi Department of Transportation project to widen Highway 7 from Belk Boulevard to the Highway 7/9 split is still in limbo, according to officials.

About five years ago, MDOC announced its plans to widen Highway 7 to four lanes of traffic and realign the Highway 7/9 split intersection.

Some property owners were contacted about MDOT purchasing property for rights-of-way and a few utilities were moved; however last summer MDOT announced the project was stalled due to lack of funding.

A year later, not much has changed.

Jason Scott, public information officer with MDOT said Friday that MDOT still plans to widen the highway — at some point.

“However, due to the current lack of funding there is no timeline for when construction will begin,” he said. “Currently, MDOT has begun the process of acquiring necessary rights-of-way.”

Funding already has been set in place for land acquisition and moving utilities and that is why MDOT is moving forward with those stages of the project.

However, the larger chunk of the estimated costs needed to begin construction are not available.

City of Oxford engineers said last year they were continuing to work with MDOT to determine where utility conflicts may exists so the utilities can be relocated before construction.

County offices to be relocated

Lafayette County officials have been in talks with MDOT’s acquisition team for well over a year about what county-owned land MDOT will need when and if it moves forward with the project.

The driver’s license office, health department and extension office on the corner of Veterans Boulevard would have to be relocated.

The county is already planning on moving those offices to join other county buildings eventually on one campus on property out near the Lafayette County School District campus.

“I think MDOT and the county have finally reached an agreement on that,” said Jeff Busby, president of the Board of Supervisors.