Rebels to use Pavilion, ‘Tad Pad’ for ’16 season 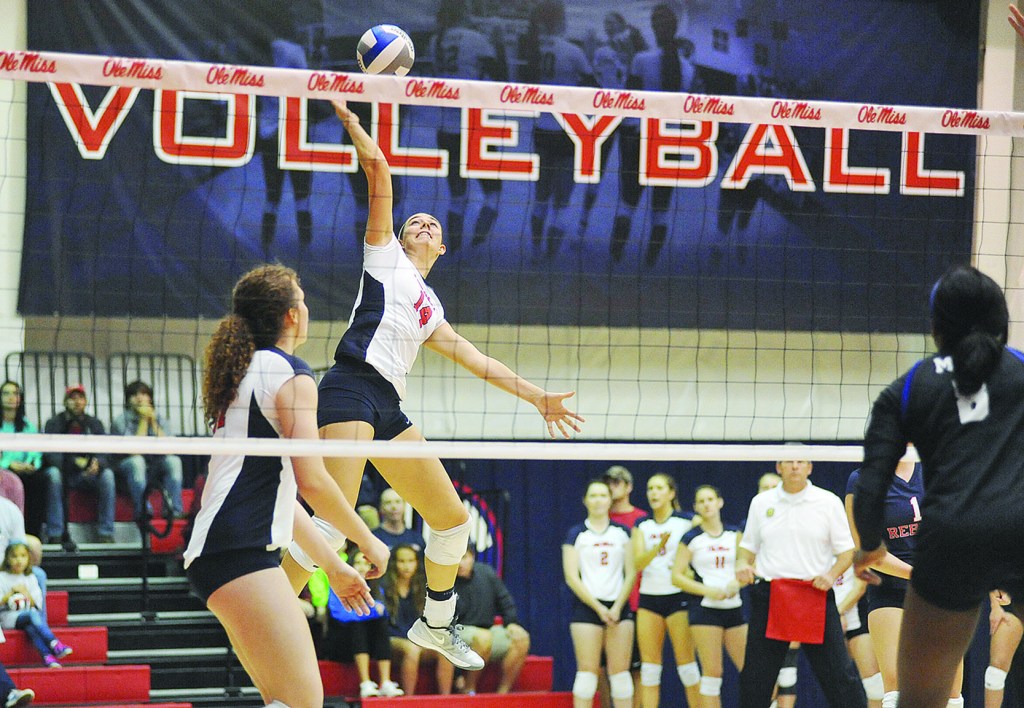 The Ole Miss volleyball team will not be able to use their normal home at the Gillom Sports Center as it is being renovated. The Rebels will use the Pavilion and C.M. 'Tad' Smith Coliseum during the 2016 season. (Bruce Newman)

Construction continues on the Ole Miss campus and will carry into the new school year. That means certain sports will be affected and even relocated.

Renovations on the Gillom Sports Center began last month, which has made soccer and volleyball have to find new homes.

The soccer offices have been moved to the recently constructed Insight Park building next to the Ole Miss soccer complex. Volleyball’s move was a little further away.

Coach Steven McRoberts and his staff now reside in the C.M. ‘Tad’ Smith Coliseum, which is also where the Rebels will be practicing during their upcoming season. For games they will get to enjoy the brand new Pavilion at Ole Miss.

“This will be quite the adjustment going form Gillom to The Pavilion,” McRoberts said. “We are blessed to have the best on campus basketball facility to compete in four our 2016 season while we await the renovation of the Gillom Center for 2017.”

The adjustments are going to be getting used to a much larger scale arena for both practice and games. The ‘Tad Pad’ and Pavilion’s depth in terms of floor space and bigger seating areas will create some line-of-sight issues the team will have to acclimate to during the preseason next month.

“It’ll be an adjustment because I know it’s an adjustment for teams who play in arenas then have to come play in the Gillom Center,” McRoberts said. “It’s a different feel. Our freshman won’t know any different and we’ve played in arenas (like the Pavilion) so, it won’t be like we’ve always been in a small place. Our practice facility is different from our game facility, which will be a change.”

The first matches inside the Pavilion will Sept. 2-3 as Ole Miss will host the Rebel Invitational. Following the Rebels’ lone tournament of the year, nine more matches will be played there during their season.

The renovations to the volleyball court will include expanding the seating area to accommodate 300 more fans, raising the capcity to near 1,200 seats. The seating area on the left side of the court will also become a permanent structure.