Bielema: Arkansas on the rise in SEC 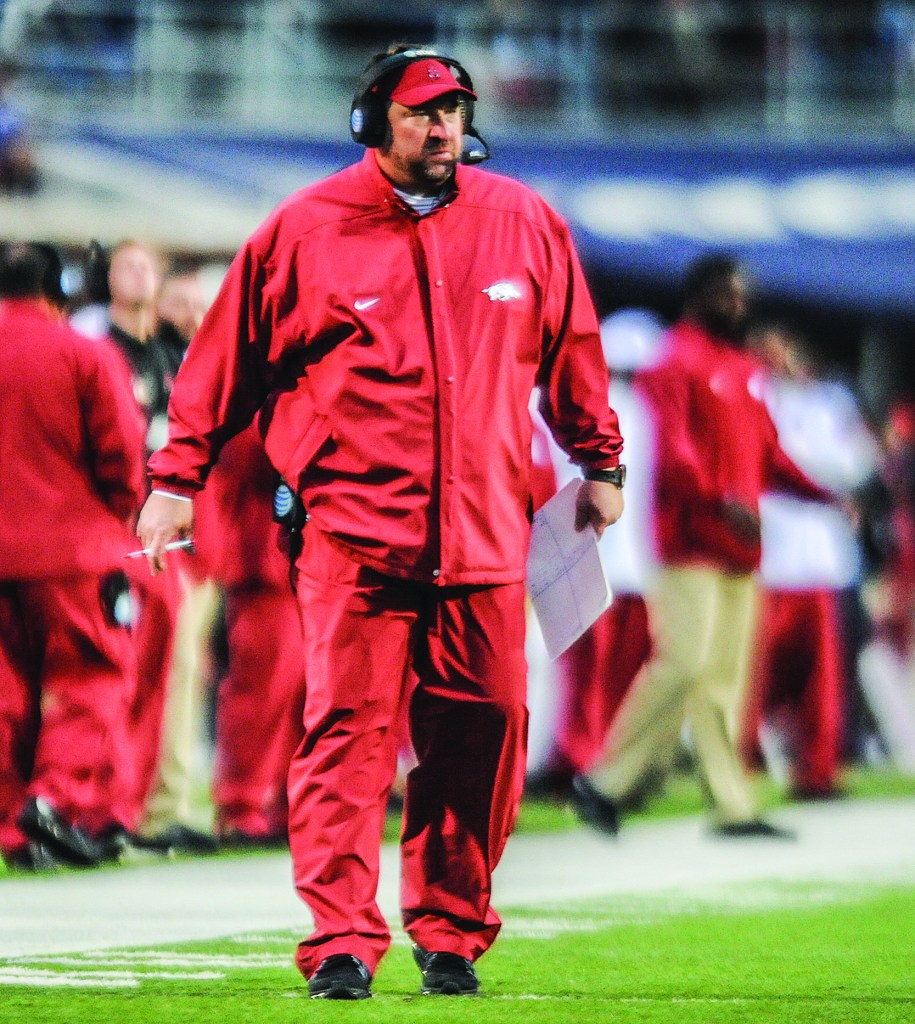 Entering into his fourth season at Arkansas, head coach Bret Bielema is trying to make his team relevant in a tough Western Division of the Southeastern Conference. (Bruce Newman)

HOOVER, Ala. — It took a few years for coach Bret Bielema and the Arkansas Razorbacks to gain their footing in the Southeastern Conference Western Division.

But after an encouraging third season that ended with an 8-5 record, including 5-3 in the league, Bielema’s hard-nosed, blue-collar vision is starting to become a reality in Fayetteville.

“At Arkansas we’re not built very sexy, we’re just kind of a work in progress,” Bielema said. “We need a lot of time in the bathroom to get ready and come out and look great.”

Bielema’s easygoing demeanor during his fourth SEC media days appearance on Wednesday is a stark contrast to his first few, when his combative remarks often irritated other league coaches. There was no need to be combative on the podium this year: His team is doing a better job of handling that task on the field.

But to keep the momentum moving forward, the Razorbacks are going to have to solve some uncertainty on offense.

Bielema said the brothers have some similarities, but also some key differences that the Razorbacks must harness.

“He’s got a little bit different demeanor,” Bielema said of Austin Allen. “He’s a very aggressive person by nature. I think we’ll have to calm him down rather than juice him up. He throws a tremendous long ball and is a very, very intelligent player.”

Bielema has also been impressed with a pair of freshmen running backs — Devwah Whaley and T.J. Hammonds — who he believes “are going to have a huge impact on this season.”
Arkansas has much more experience on defense with nine starters returning.

Hall said he’s been impressed that it’s not just the nine returning starters who are playing well.

“We just have a lot of people coming in that are very strong and know what they’re doing and they’re going to make an impact for us,” Hall said.

Arkansas hopes to get off to a better start this season than in 2015. The Razorbacks lost three of their first four games before a 7-2 performance the rest of the year.

“We’re getting really close to where we want to be,” Bielema said.