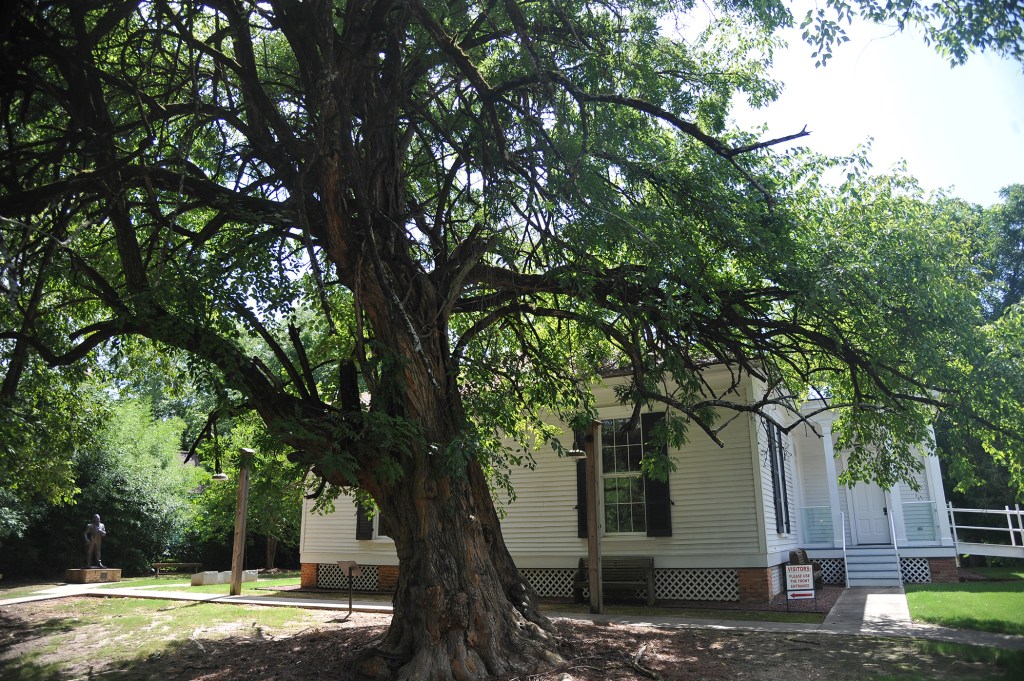 Lucius Quintus Cincinnatus Lamar served as a House Representative, a Senator, U.S. Secretary of the Interior and as associate justice in U.S. Supreme Court.

He was included in John F. Kennedy’s Pulitzer Prize-winning book, “Profiles in Courage;” however some feel too many Mississippians know little about one of Mississippi’s most notable citizens.

of those who felt Lamar needed more recognition.

“About a year ago (Winter, Sansing and Wilson) started talking about the need to remind Mississippians, and all of America really, about the statesmanship, civility and courage that is possible in American public life, and had already been demonstrated by one our own — L.Q.C. Lamar,” said Wilson, president of the foundation.

The three men joined several others and formed the L.Q.C. Lamar Foundation earlier this year. The non-profit educational foundation is dedicated to interpreting and presenting to the public the life and times of Lamar through multidisciplinary research, education, and historic preservation initiatives.

The Foundation’s efforts include education and outreach opportunities to share Lamar’s legacy of second chances, reconciliation, character, courage, and leadership, especially for children as they grow to make choices for the future, according to Johnson.

“Our children and our elected officials today deserve to know that there is a better way than the partisan dysfunction and divisiveness we’re witnessing now,” Wilson said. “Lamar was a household name throughout the nation for decades and remained so in Mississippi until a few decades ago. It’s hard to imagine Virginians forgetting Thomas Jefferson or Pennsylvanians forgetting Ben Franklin but somehow the remarkable L.Q.C. Lamar has been largely forgotten by Mississippians.”

While Lamar’s legacy might be slipping the minds of other Mississippians, in Oxford, several groups of people have worked tirelessly to preserve not only his memory, but also his home on North 14th Street. The home is a national historic landmark and was built around 1869. In 1996, the Oxford-Lafayette County Heritage Foundation was formed. The foundation purchased the home in January 2004 and restored the home, which was completed in 2008. The house was turned into a museum about Lamar’s life. The Lamar Legacy Friends Board works to raise funds to keep the home updated.

The home was turned over to the city and is now managed by the Oxford Historic Properties Commission. Chairman Jim Pryor said the commission is working with the new foundation.

“The Historic Properties Commission, along with the Lamar Legacy Friends Board, is working with this Foundation on how best to accomplish our goal of highlighting and educating the public of the life and accomplishments arguably Mississippi’s greatest statesmen,” Pryor said.

Wilson said the foundation will help the Lamar House in any way it can and that many of the board members have already served on other boards that have been involved with the home and museum, such as helping secure the federal and state funds necessary to purchase and restore the house, providing academic historical interpretation, and serving as advisory board members and docents.

“Most of our board currently reside in Oxford or have in the past and all have connections to the university,” he said. “We believe there is a great deal of untapped potential for the house itself and Oxford’s tourism economy in general. While we do not propose to alter the current ownership or governance of the Lamar House in any way, the Foundation is offering access to our staff and resources to fill in the gaps as much as possible.”

Wilson said the foundation has several projects planned to promote Lamar’s legacy, including a summer institute for social studies teachers, the first new biography of Lamar in 40 years, a documentary film of Lamar, and an outreach campaign aimed at the full mix of media to tell Lamar’s story.

The foundation is partnered with the CREATE Foundation in Tupelo and all donations are tax-deductible.