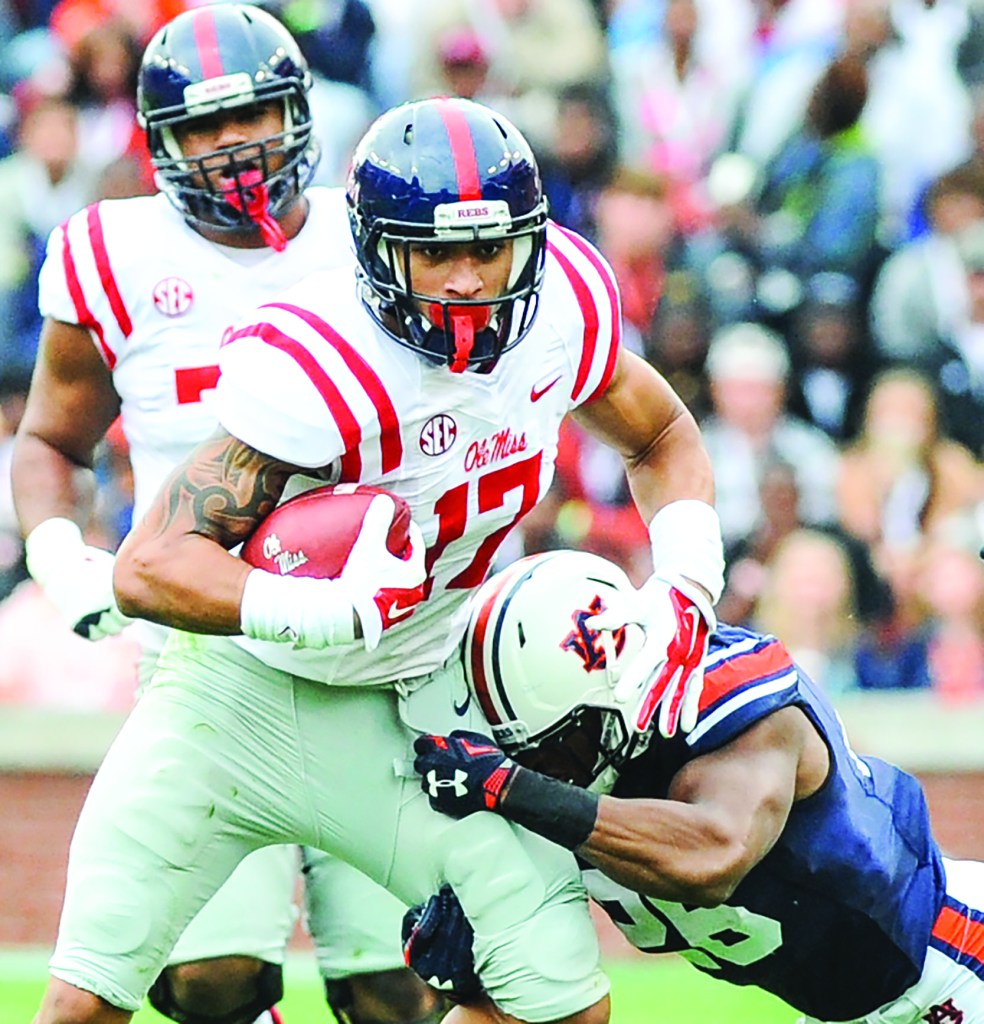 As Laremy Tunsil’s Twitter and Instagram accounts were hacked for all of the sporting world to see during the first round of the NFL Draft back in April, D.J. Jones and Evan Engram couldn’t help but feel enraged that someone was sabotaging one of the biggest nights of their former teammate’s life.

Both admitted during Ole Miss’ appearance at Southeastern Conference Media Days on Thursday at The Wynfrey Hotel that it also helped serve as a reminder of the pitfalls of social media for high-profile athletes.

The video leaked to Tunsil’s Twitter account showing him smoking a bong from a gas mask just before the draft started was a problem for Tunsil, a projected top-5 pick who lost millions of dollars after sliding all the way to the 13th pick before the Miami Dolphins snatched him. Screenshots of a text conversation later posted on Instagram showing Tunsil asking Ole Miss assistant athletic director John Miller for money to help pay rent and family bills has become part of the NCAA’s ongoing investigation into the Rebels’ program.

Engram said players are taught to be careful about the content they choose to post to their social media accounts as well as the people they hang around when creating that content. Jones said the draft-night events have made him think twice before posting.

“Just be careful,” Jones said. “Everything you do, every step you take, you have eyes on you. We’re on a big pedestal. People want to see us succeed, but at the same time, if we mess up, they’ll be right there to get us.”

Ole Miss coach Hugh Freeze said his program will continue to do everything it can to make players aware of the importance of thinking before pressing send.

“I don’t know any school that puts as much into trying to educate your kids about branding on social media and the dangers and pitfalls of it,” Freeze said. “I’m confident we work as hard as we can on that.”

Freeze declined to get into specifics of the punishment for defensive tackle Breeland Speaks (DUI-first offense) and guard Rod Taylor (shoplifting) as a result of their arrests this spring, but the coach said both have “done everything that’s been asked” of them since. They control their own fate as to whether that punishment will include missing any playing time.

Defensive end Fadol Brown, who missed the spring following surgery on his fractured foot, is starting a new treatment after recovering slower than expected and will be in a walking boot for the next four weeks, Freeze said.

Safety Tony Conner (meniscus surgery), center Robert Conyers (ACL surgery), wideout Damore’ea Stringellow (ankle) and Taylor (shoulder surgery) are all on track to be full speed in time for the start of fall camp next month. Quarterback Chad Kelly has fully recovered from sports hernia surgery that kept him out part of the spring.

Linebacker signee Tariqious Tisdale likely won’t qualify academically, Freeze said. Running back Jarrion Street is the only other incoming freshman the team is waiting on to be fully cleared for enrollment, Freeze said.