Did Faulkner shoot his wife’s doctor after baby’s death? 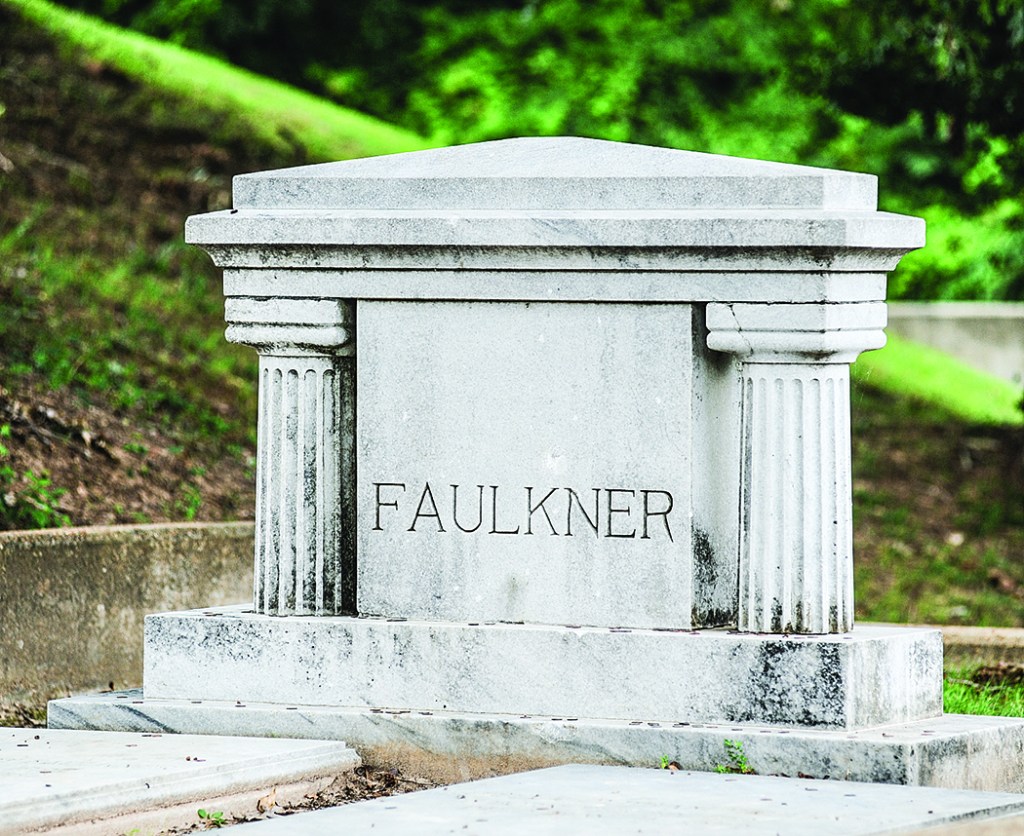 Starting today, we have people making their way to Oxford to learn more about our most famous resident. The Faulkner and Yoknapatawpha Conference has admirers of Faulkner and Faulkner scholars coming to his home to join in discussions of the great American writer.

As a child growing up in Oxford in the 50s and 60s, I had always had an interest in Mr. Faulkner. At times, when I was playing in the front yard of my mother’s home on South Lamar, people would stop and ask directions to Faulkner’s home. When they would drive off, I would always note their car tag to see where they were from. There would be car tags from New England, the west coast, many Southern states, and even Canadian Provinces.

I knew these people would not be able to get very close to the famous writer. His home is so far off Old Taylor Road; you can barely see the home through the cedar trees. Plus he had a “Private — No Trespassing” sign that he had painted and nailed to the front gate.

If these people had been children, they would have had easy access to him. Faulkner was known to be a great storyteller by local children. He even, at one time, was a scoutmaster for a local Boy Scout Troop sponsored by First Presbyterian Church. His camping trips with the scouts must have been great fun. Sitting around a campfire and listening to yarns spun by the master storyteller.

Some time ago, while doing some research for a column on Faulkner, I found an interesting story concerning Faulkner, his wife Estelle, their newborn daughter, Alabama, and Dr. J.C. Culley, the doctor who had delivered the newborn child. Estelle was just two months shy of her delivery date when her baby was born. Since the child was two months early she was very tiny, but with beautiful features.

Faulkner’s father, Murry, remarked, “she looks a lot like Billy.” He sent a telegram to his great aunt ‘Bama, the sister of his grandfather Falkner. “ALABAMA FAULKNER BORN SUNDAY. BOTH WELL.”

When baby Alabama was born, Faulkner was at one of the times in his life when he was strapped for cash. After bearing a week of Estelle and baby Alabama being confined to Culley’s hospital on Van Buren Avenue, Faulkner decided that he and Mammy Callie could take care of them at home as good as they could at the hospital. The hospital did not have an incubator that little Alabama would surely need.

After Faulkner got his wife and child to Rowan Oak, he and his brother Dean drove to Memphis to buy an incubator. This is where the story takes a turn in two different directions, like in “Absalom, Absalom!” where Faulkner tells the saga of Thomas Supten, several different ways.

In one version, Alabama dies at Rowan Oak while he and Dean are on their way back to Oxford. Another version is that he is at Rowan Oak with baby Alabama lying beside him in his bed because Estelle is too frail to handle the care of the baby when she dies. As the story is spun by Faulkner, he becomes very upset with the actions and the lack of assistance by Culley. In his grief, Faulkner’s imagination ran wild. There were rumors around town that he had shot Culley.

One account has Faulkner calling Culley on the telephone for help with the child. Culley tells Faulkner nothing can be done for the baby and then he abruptly hangs up on him. Faulkner gets very angry with Culley, even though his wife Nina is a great friend of Estelle.

Faulkner then drives over to Culley’s home, which was just up South 11th Street — only a short distance from Rowan Oak. When Faulkner gets to Culley’s home, he knocks on the front door and as Culley answers he shoots Culley in the shoulder.

Faulkner is said to have stated, “The bastard deserved to die.” He went on to state that there were no charges brought against him because the town agreed with his shooting Culley.

These are all interesting accounts of Faulkner shooting the local physician that had delivered little Alabama, but none of them are true.

No such thing ever happened, but it is true that Faulkner rode to the Falkner plot at St. Peter’s Cemetery with the casket of his daughter on his lap. Faulkner may have been, as one biographer stated, only “working out in fiction what he had not worked out in real life — and the story, as usual, made him a hero in his own eyes.”