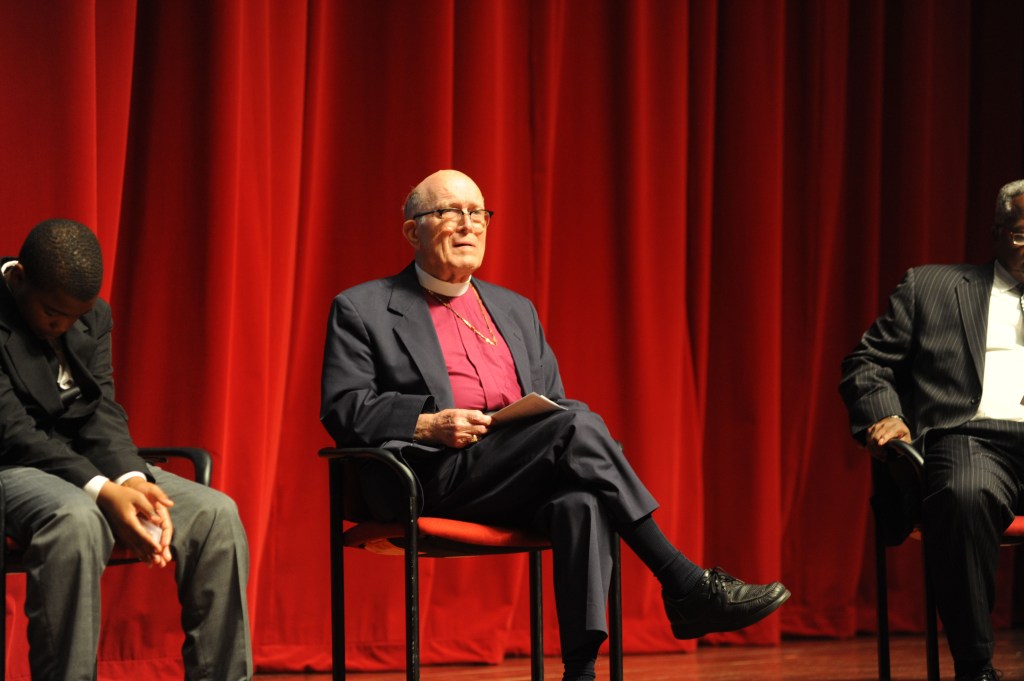 during a commemoration titled "A Walk of Reconciliation and Redemption", in Oxford, Miss. on Sunday, September 30, 2012. The event marked the 50th anniversary of riots that occurred when James Meredith arrived to integrate the University of Mississippi in 1962. (AP Photo/Oxford Eagle, Bruce Newman)

In the autumn of 1962, as violence broke out on the University of Mississippi campus in response to court-ordered integration, the Rev. Duncan Gray Jr., reportedly grabbed hold of the Confederate statue on The Circle and implored people not to riot.

On Friday, Gray, the retired bishop of the Episcopal Diocese in Mississippi, died at the age of 89 at his home in Jackson, according to his son, Lloyd Gray. He said a funeral will be at St. Andrew’s Episcopal Cathedral in Jackson, but plans were still pending.

As rector of St. Peter’s Church in Oxford, Gray called for calm and denounced racism from the pulpit of the church.

A week after the turmoil in Oxford, Gray said in his sermon that all people in Mississippi should face up to their guilt in the violence that killed two people.

“You and I didn’t go out there and throw the bricks and the bottles. You and I didn’t go out there and fire the guns,” Gray said. “Yet you and I, along with every other Mississippian, are responsible in one degree or another for what happened. We are responsible for the moral and political climate in our state which made such a tragedy possible …. The decent, respectable and responsible people of Mississippi have failed when events like those of last Sunday night can take place within our state.”

The Associated Press contributed to this article.