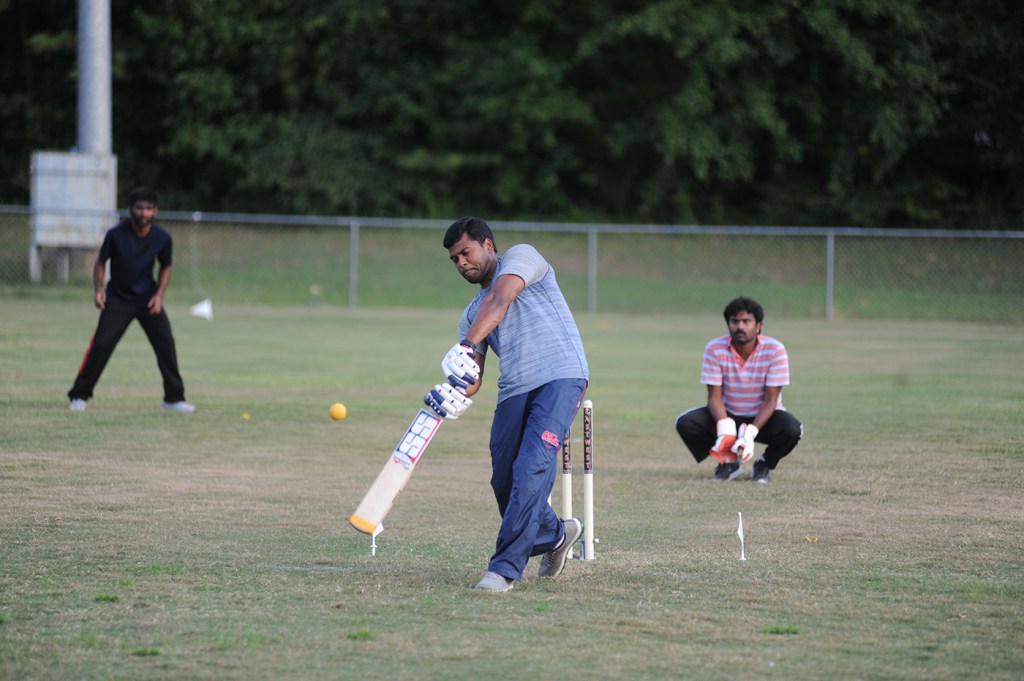 Every sport demands not only skill, but passion for the game.

Cricket is no exception, as the passion for the sport drives the sportsmen to become better players.

One can bear witness to such passionate players on the Ole Miss intramural sports field, where the enthusiasm of the cricket players compels them to indulge in the game of bat vs. ball every weekend.

“The sport is worshipped in most Asian countries,” said Bandara Herath, faculty advisor for the Ole Miss Cricket Club. Herath’s love for the game began at the age of 8 in his hometown in Sri Lanka and continued until he came to the University of Mississippi as a post-doctoral research associate in 2002.

Where on an international level the two teams playing the sport are from two different countries, the Ole Miss Cricket Club is an amalgamation of players from across Asia, including India, Bangladesh, Nepal, Sri Lanka and Pakistan to name a few.

“Although the players are of distinct nationalities, when it comes to the game they are like one nation,” Herath said.

Cricket involves two teams of 11 players each competing against each other. Both teams bat in successive innings; one trying to score runs while the opposing team fields and tries to restrict the batting team from scoring. After both the teams have batted an equal number of innings, the team scoring the highest runs wins.

From Southern India, Amar Chittiboyina feels that if one understands Baseball, Cricket shouldn’t be too hard to comprehend, and have made an attempt to teach the otherwise baseball and soccer fanatics in the town.

“Having gathered our group of international students to participate in the game, we wanted to make a conscious effort in involving locals in the game too,” said Chittiboyina, senior player and with the team since 2001. During their team building days they had players from New Zealand, England and Mississippi in their team as well.

The sport is also commonly known for the ongoing India-Pakistan (Indo-Pak) rivalry. A heated affair, the match between the two nations is the most sought after in the business.

But it’s this commercialized rivalry that brings Junaid Rehman to the pitch.

“Cricket is basically a game of Indo-Pak, but when we play here such tension does not exist,” said Rehman, originally from Pakistan. “Everyone here desires to get better with each game. They are passionate, eager and willing to learn.”

Although the team is doing well at the moment, they feel the lack of a good cricketing pitch hinders their effort in maintaining the authenticity of the game.

“In the kind of improper conditions we are playing, this isn’t original cricket but merely a form of engagement to stay adept with the techniques,” said Amrit Kharel from Nepal. “A good pitch will enable a bowler to showcase variations and bounce, which will eventually reflect on the batting of the cricketer been bowled to.”

These small technical glitches do not run down the intensity with which the four-hour long game every weekend is pulled off. The team credits their practice sessions in producing some great players. Having recently won the Magnolia Cup 2016 against Mississippi State University has strengthened their will and the guys are hungry for more.

From organizing practice sessions in tennis courts, playing in parking lots of apartments and parks, the team has come a long way. They only hope to have more opportunities to represent the game at state levels and get some attention to the game.