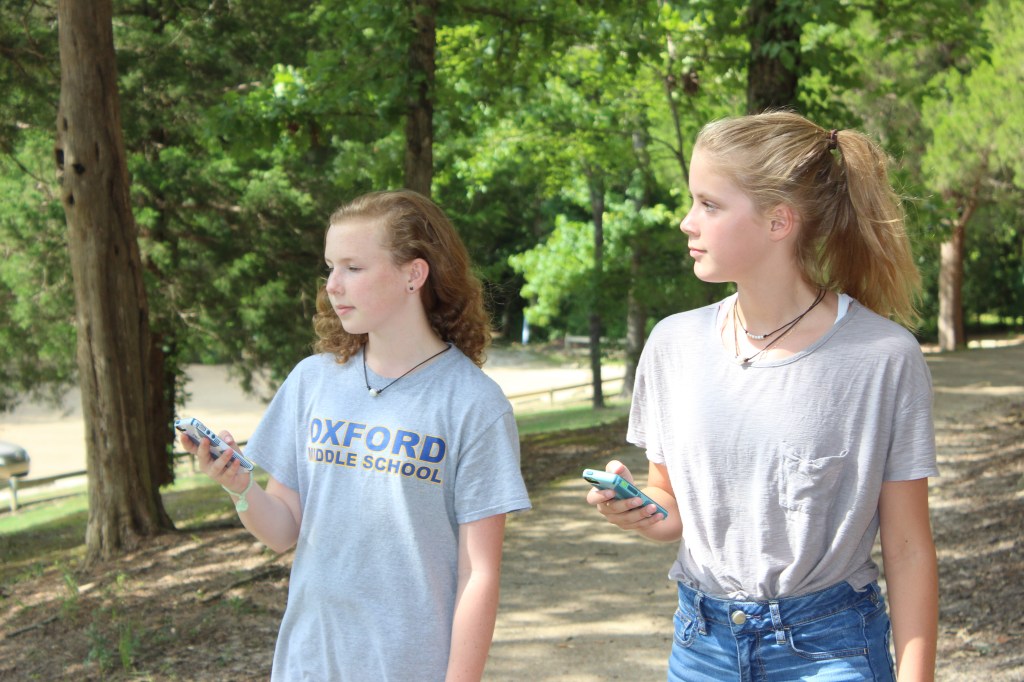 Avent Park makes a good spot to look for Pokemon.

With Pokémon Go hitting the world by storm, its no surprise that Oxford has also being invaded by the cute pocket-sized monsters.

Pokémon, the popular video-game creatures, are now on the loose in the real world, and its your job to catch them all. This is one of the goals of the new app game Pokémon Go. The game, free on the app store, guarantees players hours of P.G. fun with the added boost of outdoor exercise.

“Overall it’s a revisit of the game most people under the age of 30 enjoyed as kids but with the twist that we can do it anywhere anytime with anyone we would like to play with,” gamer Gilbert Wilkinson said.

Originally designed for Game-Boy, Pokémon is a social game that combined the fun of bug collecting with the thrill of competing in battles. Pokémon Go follows the same principles as the former video-games; befriending the mythical, powerful Pokémon and training them to fight other Pokémon, in a kid-friendly way.

The new phone game, available for most phones and mobile devises, brings the fun of catching Pokémon, training them and battling with fellow trainers to your backyard. By using your mobile devises’ camera, digital Pokémon are able to leap on to the screen and users must fling Pokéballs, digital tools on the game, to catch them.

The game also uses GPS mapping to give trainers a map of their surroundings to follow and catch Pokemon. Trainers must move to find more Pokemon, and depending on their location new Pokémon could appear. The more Pokémon you catch the more experience points you gain and points needed to evolve your Pokémon into hire level Pokémon.

In Oxford, local residents have been caught-up in the Pokémon catching craze. Players, grouped into teams, work together to capture Pokémon and grow stronger. Because of the dangers that can occur while being outside in the changing Mississippi weather, players must watch out for each other to make sure everyone is safe.

“I like Pokémon Go because it gives gamers an incentive to start getting outside and get exercise by walking and finding your Pokémon,” team administrator, Robbie “FlyingMan” Abbott, said. “In the past five days I’ve walked around 30-plus miles. We are trying to push everyone to be safe while playing this game.”

Many local gamers gather at public areas such as Avent Park and the Grove to look for Pokémon and to battle each other. Sweeping across social barriers, Pokémon Go has already had a huge impact on its fans.

“I can’t recall anything in my short life that has brought so many people together: age, race, sex, ethnicity, religion, sexual orientation, et cetera, has no baring in this world,” gamer Nolan Webb said. “We see each other as trainers, not what we look like, act or sound.”

Although it may be thought of as a kids game, many of the players vary in age. Pokémon Go offers fun entertainment for both seasoned fans and new beginners.

“This 40-something woman is loving it,” gamer and mother of three Lisa Coleman said. “I travel with my work, so when in another town I visit the park just to see if they have any Pokemon. Some may think this game is a little nuts but as a parent, I am enjoying seeing kids out of the house in nature.”

Whether players are form Oxford, Abbeville, Taylor or Water Valley, Pokémon Go can connect players to each other for some good old-fashion Pokemon catching fun.

“This is a childhood dream come true for many of us: Pokémon are finally in our world, and we’re going to catch them all,” gamer Iva Cramer said.