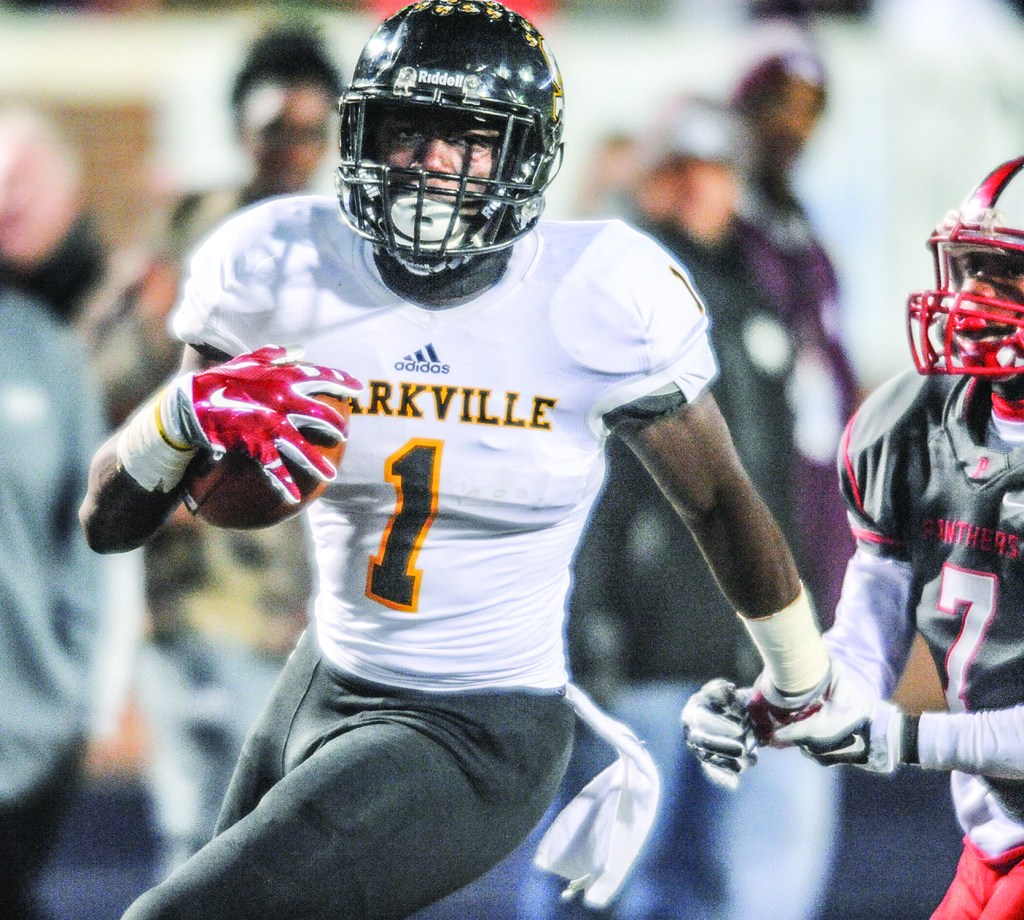 A.J. Brown will play football at Ole Miss despite signing a contract with the San Diego Padres on Friday. (Bruce Newman)

Ole Miss signee A.J. Brown announced Friday he has signed with the San Diego Padres, but the former Starkville wideout will still play football in college.

An Under Armour All-American in football and baseball as a senior, the 6-foot-1, 220-pound Brown was taken by the Padres in the 19th round of the Major League Baseball First-Year Player Draft in June and signed on the final day MLB teams had to ink their draft picks. Brown’s signing ends his amateur status in the sport, meaning he can’t also play baseball at Ole Miss as he had originally planned, but it doesn’t affect his status with the football team.

Brown, an outfielder, was a consensus four-star recruit and Mississippi’s top-ranked prep receiver in this year’s recruiting cycle. He set a single-season school record with 83 catches for 1,371 yards and 13 touchdowns in his final season at Starkville, helping the Yellowjackets claim the MHSAA Class 6A championship.

Brown is one of three receivers Ole Miss signed this year along with former Oxford standout D.K. Metcalf and Tre Nixon from Viera, Florida. Brown enrolled at Ole Miss earlier this summer and will compete to be in the rotation this fall.