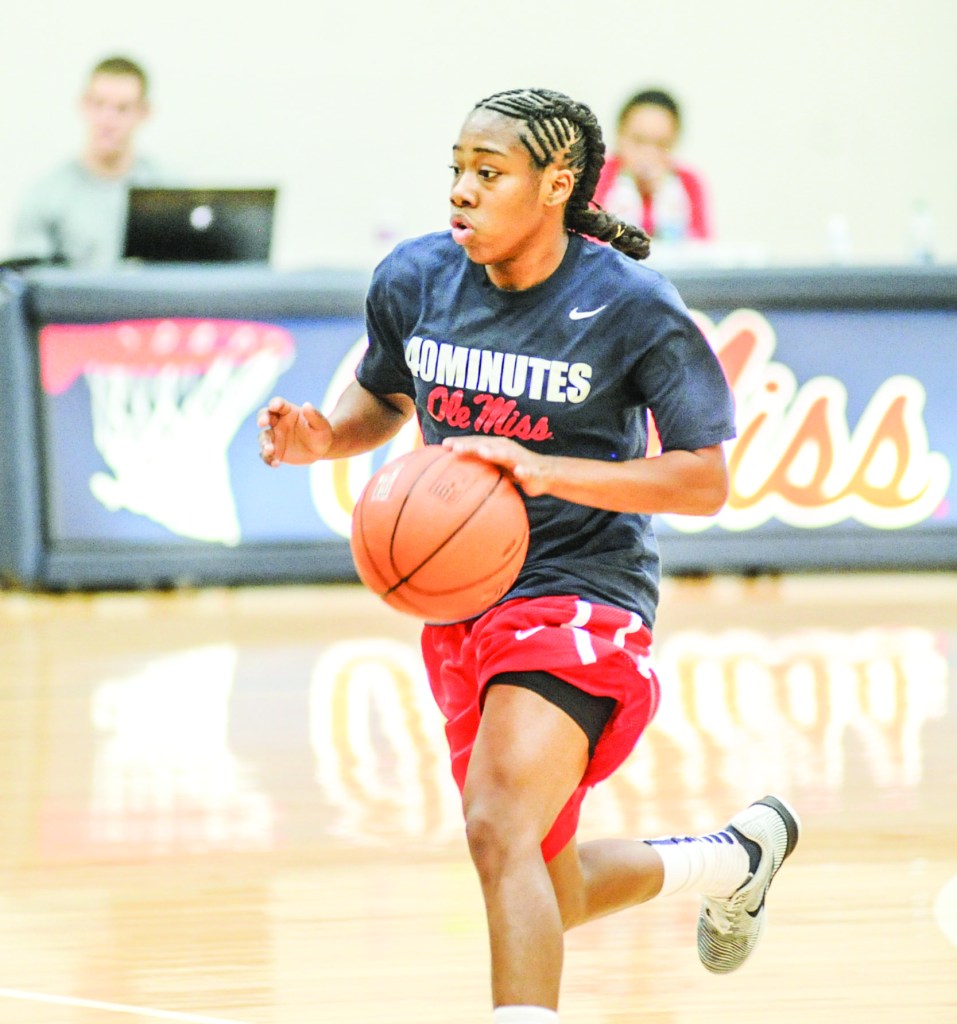 Oxford native Erika Sisk dribbles up the court Wednesday at the Touhy Basketball Center in Oxford. The Rebels are practicing for a 10-day trip next month to Costa Rica where they will play a handful of games in preparation for the upcoming season (Bruce Newman)

After an extremely disappointing season last year, the Ole Miss women’s basketball team is getting a head start on putting it behind them and focusing on the present.

The Rebels are getting ready to take a 10-day trip to Costa Rica from Aug. 1-10, where they will play three games against two teams. Every four years a team is able to participate in an international trip and this will be the first one for the Rebels since traveling to Canada in 2010.

“This is a good chance for us to really get to know this team,” Ole Miss coach Matt Insell said. “We’ll figure what combinations work well together. Why some combinations didn’t work well together. …That’s the biggest thing about this trip is bringing them together but also them learning each other and us learning them. When November 12 comes around for our first game, it wont be the first time they’ve stepped on a college floor with their teammates. That’s what these trips are for.”

Ole Miss will play the University of Ottawa for two games and take on the Costa Rica national team for another. Each game will be played under International Basketball Federation (FIBA) rules.

In order to get ready for the trip the Rebels are granted 10 practice days, which they started using last Wednesday, and they can spread them out over the course of the next few weeks before heading to Costa Rica. With a team that lost two key pieces for different reasons — A’queen Hayes left the team back in the spring after a DUI arrest and Jonell Williams transferred to the University of North Florida — getting a jump start on team cohesion provides nothing but positive outcomes.

“This team is a lot, lot better,” Oxford native and Ole Miss senior guard Erika Sisk said. “The freshmen are coming along. …This is my first time out of the country. I feel like even though it’s not a vacation we’re going to have fun. Basically, it’s a chance for us to grow together as a team. Get better as a team and see what we need to get better on.”

The Rebels should be 100 percent in terms of health and availability for Insell to use during the three games. The only player not available will be transfer Chrishae Rowe, who has to sit out until December. Rowe came from Kentucky during the middle of the 2015 season but will be eligible by the time the Southeastern Conference slate begins in January.