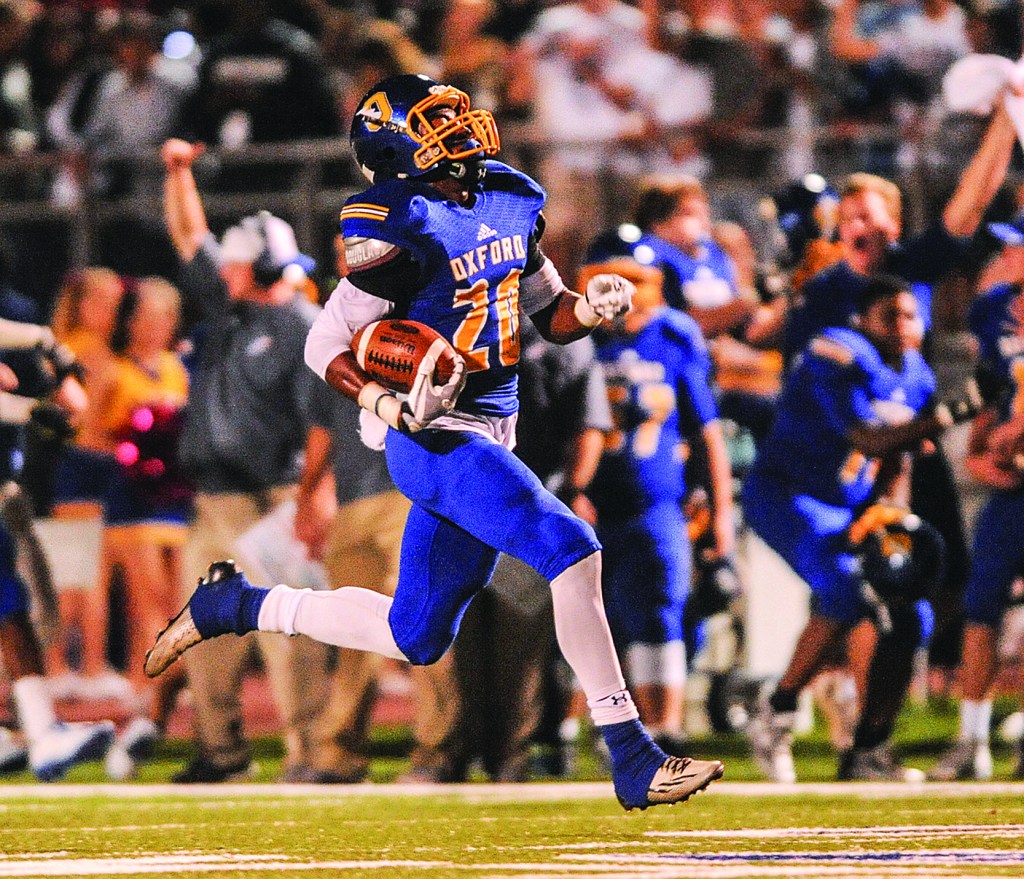 Oxford linebacker DQ Thomas has Mississippi State as his early leader, but the rising senior wants to take his time picking a school with his recruitment just getting started. (Bruce Newman)

There’s a leader in DQ Thomas’ recruitment, but that doesn’t mean he’s ready to make any decisions.

Oxford’s outside linebacker is preparing for his senior season with a pair of FBS offers in hand. Middle Tennessee State was the first to extend a scholarship offer before Thomas’ first offer from a Southeastern Conference school came from Mississippi State last month after Thomas attended one of the Bulldogs’ midweek camps.

“It really just caught me off guard,” Thomas said of the offer from Mississippi State. “I knew it was coming, but you just can’t prepare for that. I was happy. I just knew I had to work harder.”

Thomas favors the Bulldogs over MTSU and plans to return to Starkville this weekend for Mississippi State’s annual Big Dawg Camp. He said he’s grown fond of the increased attention he’s gotten from the in-state school and has a simple objective heading into the camp featuring some of the top recruits from the state and the region.

“I just want to show that I can compete,” said Thomas, who isn’t ranked by recruiting services. “They have their top recruits that they’re already recruiting. I just want to prove myself and that they offered me for a reason.”

But with a full high school season to go, Thomas doesn’t feel the need to rush any decision about his future.

After playing the last two seasons at safety, Thomas is moving to linebacker in the Chargers’ 3-4 base defense under new defensive coordinator Matt McCrory. Thomas brings speed (4.5 40-yard dash) and a rangy 6-foot-2, 205-pound frame to the position, something the Chargers will use in coverage on the wide side of the field more often than not.

Thomas said he’s working to bulk up in order to adequately support the run now that he’s playing closer to the line of scrimmage. He’s also working to get caught up on the mental side of his new position.

“I’ve got to work on my size and my strength and reading like a linebacker,” Thomas said.

Mississippi State is recruiting him as a linebacker, but Thomas said he just wants to “get on the field” at the next level regardless of the position. But Thomas is ready to get in a full season at linebacker and see if any more offers come his way, adding it’s possible he could wait until the end of the season before making his college choice.

“I feel more comfortable getting on the field and showing them what I can do on the field,” Thomas said. “It’s just the way that I am. I like to make my statement on the field.”

He’s taking it all in stride.

“State was the offer I was excited about at the time, but I haven’t really just made up my mind about anything yet,” Thomas said.