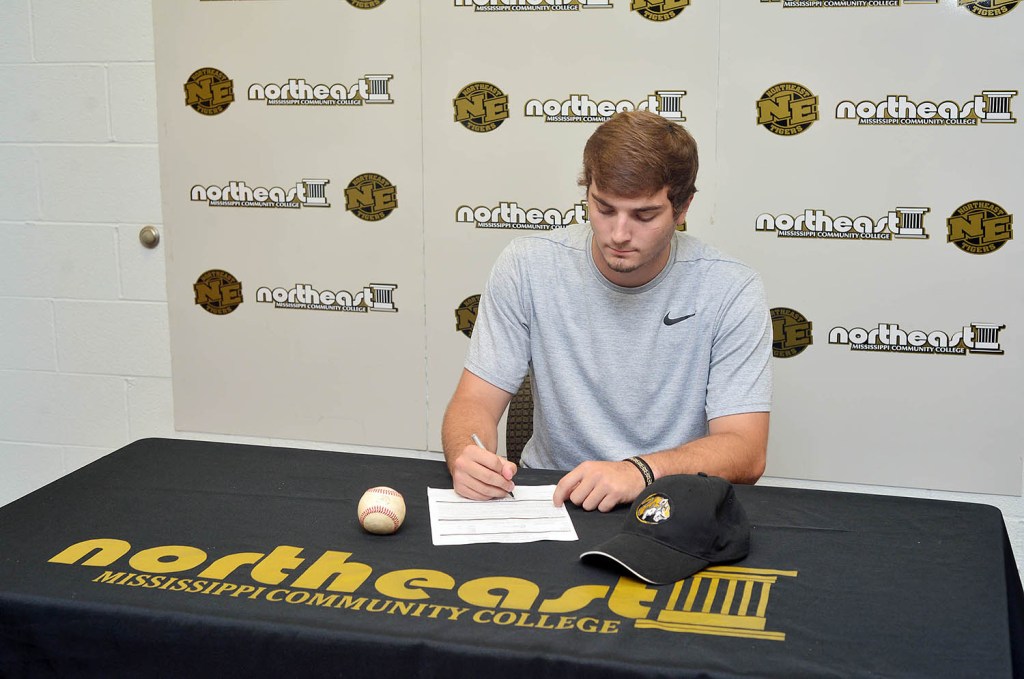 BOONEVILLE — One of the most decorated prep athletes in the Magnolia State has made the decision to stay close to home and anchor a stellar recruiting class at Northeast Mississippi Community College.

“We’ve always maintained a good relationship with him and just always tried to cheer him on,” said Northeast head coach Richy Harrelson. “We’re really excited that he’s here. It just fit for him.

“We feel like he’s one of the better players to come through this area in a while. He’s been a hot name ever since he was a ninth grader. He knows what it feels like to win at a high level.”

Wilcher originally signed with the Rebels last November prior to his senior campaign at Kossuth High School. However, after reevaluation he felt that enrolling at Northeast was the best option for him and his family.

“I’ve been visiting a lot of schools and it finally feels good to get it off my chest,” Wilcher said. “The coaches are doing great things. I can’t wait to get down here in the fall and start my journey. It’s great to be a Tiger.”

The 6-3, 205-pounder was ranked as the second best outfielder and the No. 12 overall prospect in state of Mississippi for the graduating class of 2016 by Perfect Game.

Wilcher was named to the MaxPreps Small Schools All-American first-team and the Rawlings-Perfect Game All-American honorable mention team after his final campaign with the Aggies in which he posted career-highs of a .529 batting average, 64 hits, 55 runs, 37 RBIs, 23 stolen bases, 17 doubles and four triples.

The outfielder also earned American Family Insurance All-USA and Clarion-Ledger All-State honors following his senior season. Wilcher was the Mississippi Association of Coaches (MAC) Class 3A Player of the Year as well.

He had six multiple hit performances and nine RBIs in 12 playoff games this year to finish his tenure at Kossuth with another state title.