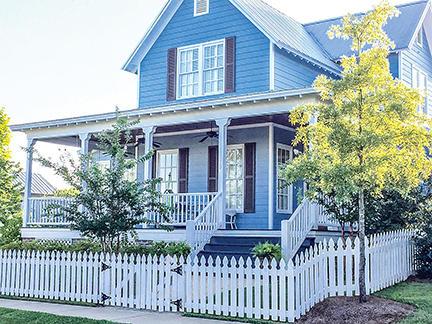 No matter the shape or size, when it comes to the front porch in South, you can count on a relaxing evening, issues being discussed and problems resolved — and not necessarily in that order.

With that in mind, the first annual “Conference on the Front Porch,” sponsored by Main Street Taylor, LLC, will take place Oct. 20-21 at The Mill at Plein Air in Taylor.

The conference will not only focus on the architectural and sociological importance of the front porch in the American South, but also the history of the front porch, its decline and resurgence and its role in building community.

“We plan on this becoming a significant

The porch and presidential elections and the stylistic evolutions of the front porch will also be discussed.

Keynote speaker for the inaugural conference will be R. Scott Cook, author of the seminal study, “The Cultural Significance of the Front Porch,” which he produced at The University of Virginia.

Cook’s work is frequently cited by such media as National Public Radio and others as one of the most authoritative studies on the importance of the front porch in modern academia.

“In the period immediately before and after World War II, the American front porch be-came a relic of the past, an architectural feature and cultural symbol no longer important to Americans,” Cook explained.  “The technological and social forces that initiated this change will be explored at the conference.  As well as those that have brought the porch back to center stage.”

The Center for the Study of Southern Culture at the University of Mississippi is contributing and Professor Emeritus Charles Reagan Wilson will examine the social space created by porches, and how that shapes communities.

“The Center values discussions which involve multiple disciplines and perspectives and this conference will bring people together who are interested in the history and culture of something with long-standing and evolving cultural significance — the front porch,” said Becca Walton, Associate Director for Projects with The Center for the Study of Southern Culture.

In addition to the two days of panels and lectures, there will be an evening porch concert and a second night of a porch play.

The conference is open to architects, cultural historians, sociologists, developers, and lovers of all things front porch.  The cost to attend is $225 which includes attendance of all panels and lectures, six meals, and the play and concert.

Attendance for the first year is limited to 180 people.