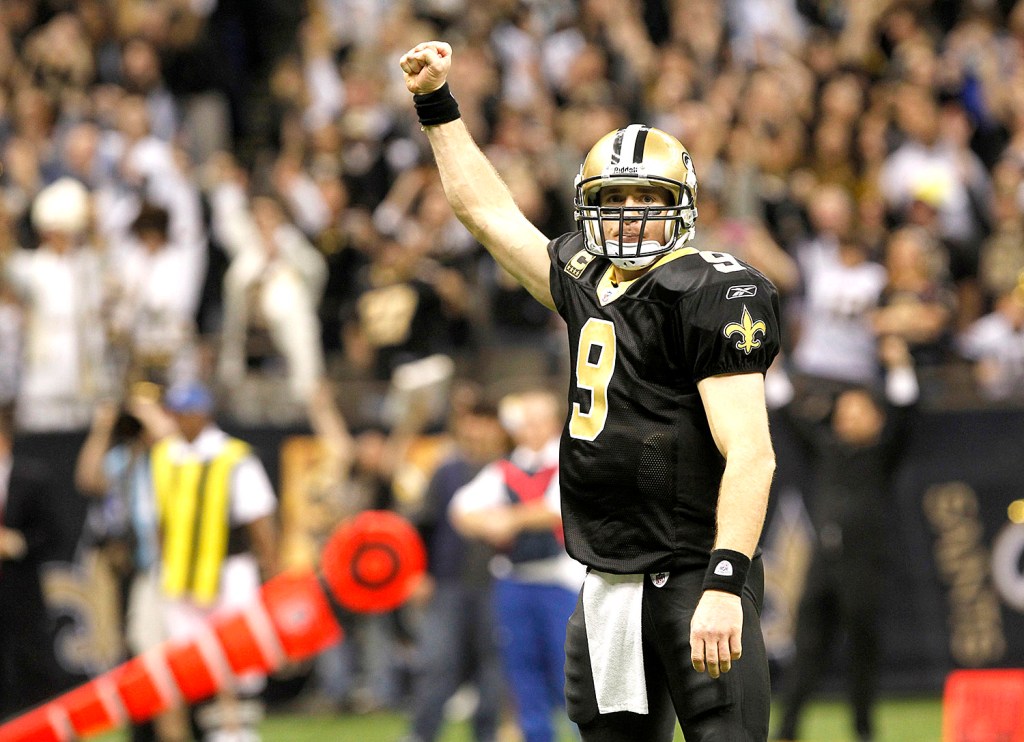 New Orleans Saints Quarterback Drew Brees is expected to announce his retirement from the NFL this offseason. (Rusty Costanza/AP)

Roman Harper hopes he can improve the air quality in the New Orleans Saints’ locker room this season — metaphorically speaking, that is.

“The younger guys, they need to feel success, they need to know what it smells like,” Harper said, alluding to the mantra, “Smell greatness,” from New Orleans’ 2009 championship season.

The Saints — who open training camp in White Sulphur Springs, West Virginia, on Wednesday — haven’t entirely stunk up the Superdome in recent seasons; they’ve been competitive in many games.

But in going 7-9 in both 2014 and ‘15, they’ve fallen far short of the standard they set when they made the playoffs four times in five seasons from 2009 to 2013. Harper, entering his 11th NFL season, was part of all of those playoff teams before leaving in free agency for Carolina, which made the playoffs in 2014 and advanced to the Super Bowl last season.

Some of New Orleans’ roster moves this offseason, such bringing back Harper and acquiring eighth-year middle linebacker James Laurinaitis from the Rams in free agency, were made with an eye toward finding a better balance of young talent and veteran leadership — particularly on a defense that has ranked second-to-last in the NFL the past two seasons.

When New Orleans concluded offseason workouts this summer, its most accomplished players sounded confident that the Saints were developing the kind of cohesion that can make the difference between climbing into the playoff picture and languishing in mediocrity.

“Everybody is talented, so what separates you?” quarterback Drew Brees asked rhetorically. “It’s discipline. It is work ethic. It is togetherness. It is competitiveness. It is toughness. I feel like we have all that with the guys, both veteran and young.”

Here are some things to watch as the Saints assemble for camp at the Greenbrier Resort:

Brees is in the last year of a five-year, $100 million contract and wants an extension, but has asserted that his contract status won’t affect his performance. History backs him up. The previous time Brees went into the final year of a contract was 2011, when he passed for what was then an NFL-record 5,476 yards, as well as 46 touchdowns. And while Brees is getting older, he led the NFL in yards passing last season with 4,870 — down from his career high, certainly, but still elite.

“Drew’s been in this situation before,” Saints coach Sean Payton said. “I don’t envision it to be a distraction.”

If defensive coordinator Dennis Allen can ensure the right number of players are on the field every play and are lined up properly, he’ll have fixed two problems Payton cited with the unit a year ago. Allen, who took over New Orleans’ defense after coordinator Rob Ryan’s firing in the second half of last season, is coming off his first full offseason in charge and has sought to adjust New Orleans’ scheme to promote better organization and suit the strengths of his players.

Payton has said he envisions 2015 top draft pick Andrus Peat as a starter on the offensive line this season. The question is whether it’s at tackle, where he played at Stanford, or at guard, where the Saints need someone to step in for Jahri Evans, who was released during the offseason. The Saints have starting left tackle Terron Armstead and starting right tackle Zach Strief back this season. So Payton aims to determine whether starting Peat over Strief at right tackle makes more sense than starting Peat ahead of one of the young, relatively unproven linemen competing to step in at guard.

The Saints are eager to see if players from the past two draft classes can make regular contributions on a defense that needs help. Defensive tackle Sheldon Rankins is competing for snaps after being drafted 12th overall this spring. Meanwhile, two draft choices from last year — cornerback P.J. Williams and pass-rushing outside linebacker Davis Tull — are both on track to make their NFL debuts after spending last season on injured reserve.

Rookie receiver Michael Thomas showed promise in offseason workouts and could compete for a starting job that opened up with the release of franchise career receiving leader Marques Colston last winter.