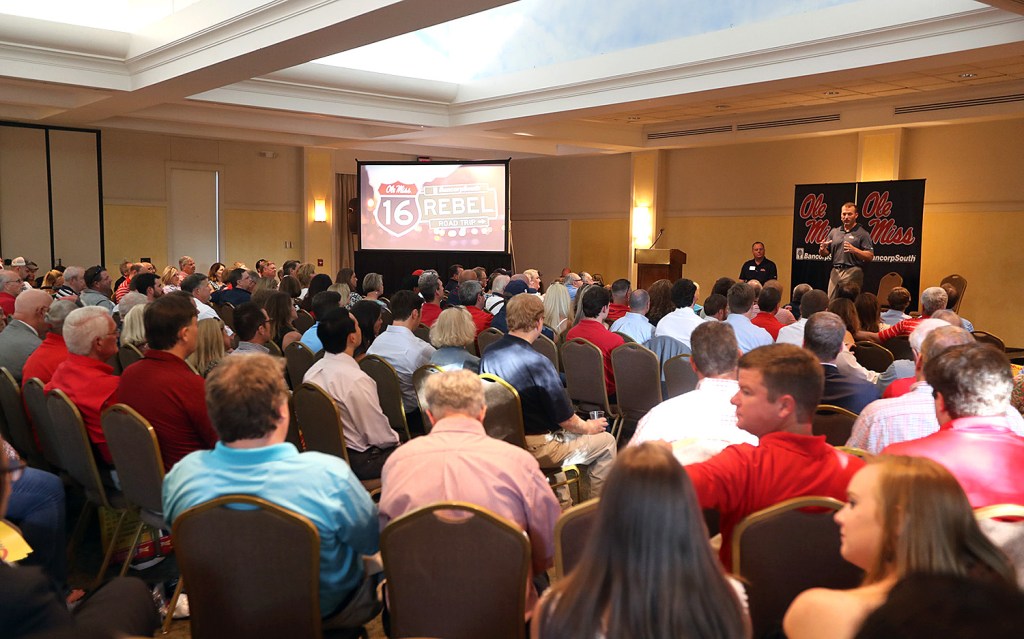 With the momentum surrounding Ole Miss athletics, fan support is at an all-time high, and that was certainly reflected in this year’s BancorpSouth Rebel Road Trip.

Celebrating its fifth anniversary, the caravan wrapped up last week and established record attendance numbers for the event. Over the 10 fan rallies in April and two last week, the meetings averaged more than 326 fans per stop, which is an RRT indoor record, and reached capacity at many of the venues.

Last Tuesday’s finale at the Country Club of Jackson attracted approximately 825 patrons, which is the largest indoor crowd to attend a Rebel Road Trip event. The Corinth, Memphis and Oxford meetings each drew around 400 fans.

“The response was incredible at every stop, and our leadership is grateful for the opportunity to spend some time with our fans in their hometowns,” said Kyle Campbell, Ole Miss associate athletics director for media and public relations. “We appreciate our partnership with the Alumni Association and the hard work of the local clubs that has made this tour such a success each and every year.”

In its first five years, the BancorpSouth Rebel Road Trip has visited 35 different markets and approximately 20,000 fans. The tour has touched seven states and such major metropolitan cities as Birmingham, Dallas, Houston, Little Rock, Nashville and New Orleans, among others.