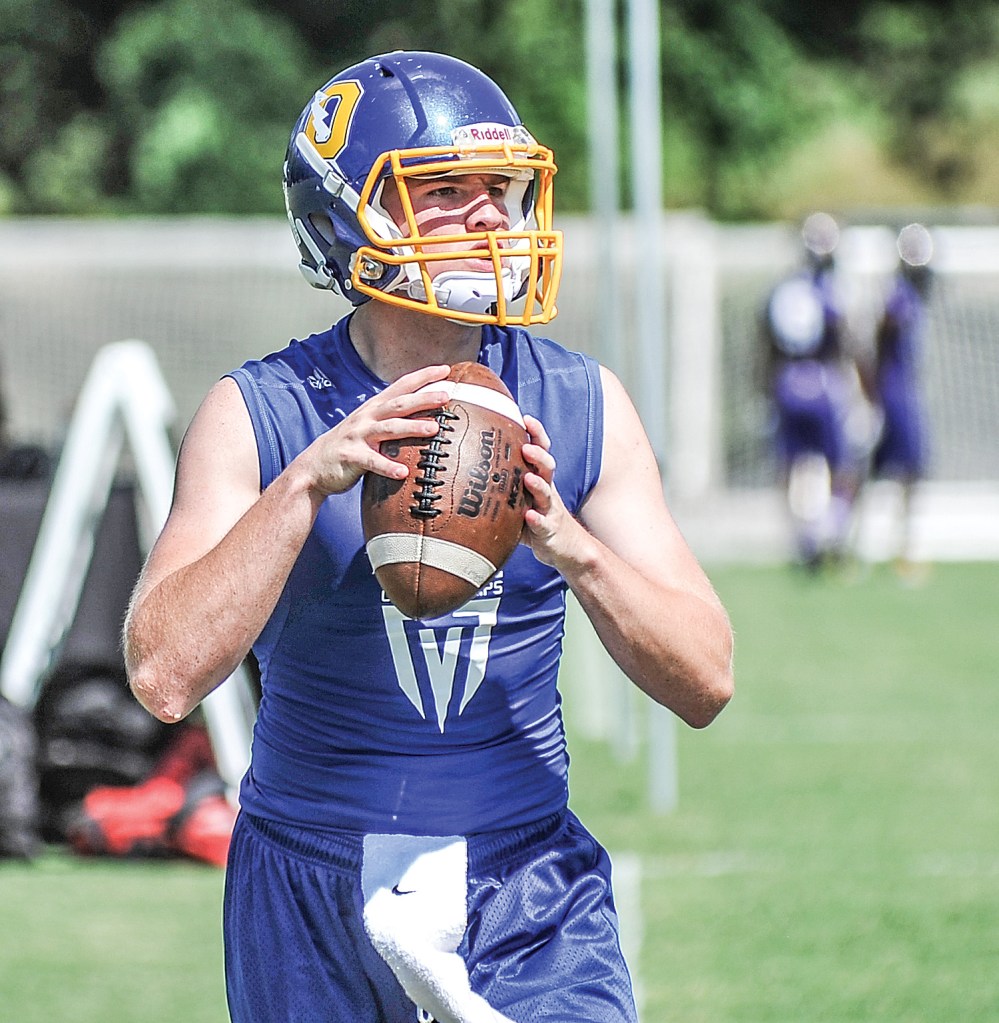 Sophomore quarterback John Reece McClure is one of several new starters Oxford will have this fall. The Chargers’ season opener is Aug. 19 at Southaven. (Bruce Newman)

A year ago, coach Johnny Hill and the grizzled veterans on his roster headlined by Jack Abraham, D.K. Metcalf, Zach Cousar and Korbin Harmon made Oxford one of the most experienced and recognizable programs in the state.

The Chargers are starting over with first-year coach Chris Cutcliffe, who was promoted from within following Hill’s retirement. He’ll be working with a new quarterback, a fresh group of receivers and other new contributors to mix with the handful of starters back.

Despite so many new pieces at key positions, the expectations aren’t changing for a team that’s made three straight MHSAA Class 5A title game appearances as it prepares to open fall camp Monday. Oxford will travel to Southaven on Aug. 19 to open the season.

“My expectation is to be able to consistently compete,” Cutcliffe said. “At the high school level, you’re going to have talent that fluctuates, but I think if your program is what it should be and you’re at a place like Oxford where we have those expectations, kids in second and third grade, when they start playing football, have expectations of winning.”

Lost in last season’s attrition at the skill positions was the emergence of rising junior running back Hiram Wadlington, who will be a versatile weapon out of the backfield this fall. Wadlington ran for 896 yards as a sophomore and was the Chargers’ fourth-leading receiver with 644 yards and four receiving touchdowns.

“He looks around, and he’s one of three returning starters in our offense,” Cutcliffe said. “He realizes he’s got to step into a leadership role. He’s worked extremely hard.” 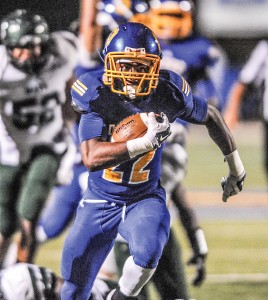 Oxford also has senior center Colton Skidmore back for his fourth year as a starter while most of the Chargers’ experience lies in the secondary. Senior Devin Rockette, an Ole Miss commit, and junior C.J. Terrell are back at corner while another FBS prospect, outside linebacker and former safety DQ Thomas, gives Oxford an adaptable player who could line up almost anywhere in the back eight.

“His versatility there allows us to be really multiple on defense because we can move him a lot of different places,” Cutcliffe said of Thomas. “His speed and quickness allows him to be a great cover guy.”

Quarterback John Reece McClure is stepping in for Abraham, a three-year starter who rewrote the Chargers’ record books. Cutcliffe liked the sophomore’s zip and accuracy this summer, but McClure has never taken a snap at the varsity level.

“For anybody in his situation, if you’re going to say a weakness, it’s just lack of experience,” Cutcliffe said. “He’s played quarterback a long time, but he hasn’t done it on a Friday night.”

Oxford is also left with a rather green group of pass catchers after losing a trio of all-state receivers, but that doesn’t mean the Chargers don’t have options. Preston Perkins, Barry Flowers and the speedy Jaquan Webb are the leading candidates to immediately step in.

Oxford is breaking in four new starters on the lines, three of those coming on the offensive front, and will also have a new punter and kicker following the graduation of Connell Yoste and Liam Cooper.

“With a new kicker, you always worry a little bit because that wins and loses a lot of ball games,” Cutcliffe said.