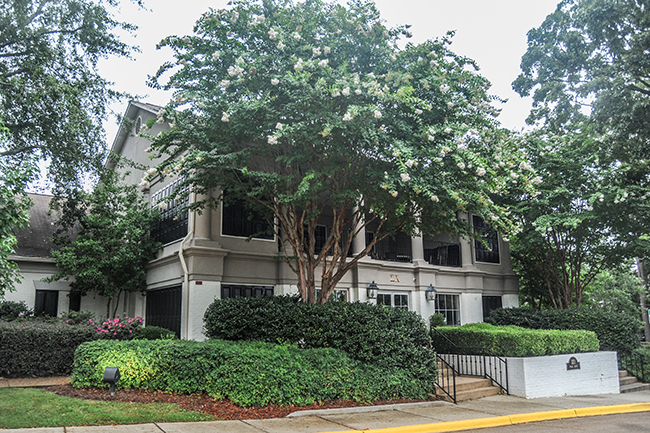 Sigma Chi has received final sanctions from the University of Mississippi’s Appellate Consideration Board regarding allegations of harassment that erupted in April after the fraternity’s annual Derby Days dance competition. At the event, the two emcees, both members of Sigma Chi, asked female competitors a series of sexually inappropriate questions that several students said made them uncomfortable.

The fraternity was allowed to appeal that decision. When they did, the complainants, students who objected to Sigma Chi’s actions during the dance competition, joined the fraternity in pushing for sanctions that stressed education about the culture of sexual harassment on campus, arguing this would benefit the community more than simple punishment.

“A big part of the appellate process was the request of the complainants; they never asked for anything punitive. And they have actively reached out to the fraternity to create change,” said Brandi Hephner-LaBanc, vice chancellor for student affairs who also served on the Appellate Consideration Board along with a faculty member and student.

“So again, we tweaked some things that maybe make it feel less punitive, but we layered on some things that make it more educational — it’s going to invest them more. That’s the intent. The leadership of Sigma Chi has stepped up and they want to help address the culture.”

Questions about the culture of Greek life at Ole Miss, particularly that surrounding Derby Days, concerned the Appellate Consideration Board enough that they added a second charge, hazing, to the original charge of sexual misconduct during the appeals process.

“(We) agreed that the fraternity’s conduct was more than merely offensive expression because women were subjected to public humiliation of a sexual nature as a condition of participating in the organization’s event. Also, as a

result of the culture the Sigma Chi Fraternity had systemically created around Derby Days, women felt compelled to watch this gender-based public humiliation to participate, along with their organization, in the event,” the Appellate Consideration Board said in their decision.

“As a result, the Board’s determination of Sexual Misconduct is inextricably intertwined with its view that the conduct also constituted Hazing.”

Sigma Chi chapter president Clay Wooley said he’s pleased with the board’s decision, particularly the emphasis they put on education. One sanction mandates that they develop a workshop on sexual misconduct and interpersonal violence with the university’s Title IX office, a federal mandate which protects male and female students in an educational setting from gender-based discrimination.

“Everything we’re going to do, we’ll need to run it by more people; we have more checks and balances,” Wooley said. “And it’s all going to get us back on track and help lead this next pledge class in the right direction.”

The fraternity also issued its own sanctions, putting the two student emcees on “special alumni status,” which bars them from the Sigma Chi house during their time in college and for two years afterwards. Other penalties could be added after the officers meet with the national chapter next week, according to Wooley.

Sophomore Abby Bruce, the student who first turned a spotlight onto the harassment at the dance competition when her Facebook post describing it went viral, said she was pleased with the sanctions.

“I think they have done their best to give sanctions that will lead to further discussion and change because you’re not going to be able to change anyone’s mind if you’re only punishing them. You lose that opportunity for discussion,” Bruce said.

“I think there’s a good balance here between accountability and opportunity for education.”

Bruce’s post, which was shared on Facebook more than 1,000 times, described in detail the anger and discomfort she felt watching two members of Sigma Chi ask a series of sexually suggestive questions to the women participating in their Derby Days dance competition. According to Bruce, questions included  “which Sigma Chi would you go down on?” and “what type of sausage would you prefer: linked or Sigma Chi?”

“If there are great guys in this organization, I have to wonder where they were tonight and if they were there, why they didn’t try to stop some of the things their brothers were doing. Or why they weren’t the ones with control of the microphones,” Bruce said in her Facebook post.

In the aftermath of this, as students and faculty organized meetings to discuss the Derby Days incident, she surprised many on campus by sitting down with Wooley and two other students. They formed what they called a “task force,” working together on ideas about changing the climate of gender discrimination on campus.

Hepner-LaBanc acknowledges that some students might not feel the punishment was strong enough. When the Judiciary Council issued its initial sanctions back in May, some members of the Ole Miss community argued they should have been harsher.

“They got off incredibly lightly. This is a one-year-long slap on the wrist for a detrimental culture that has festered on our campus for decades,” said Matthew Knight in a Facebook post.

But Hephner-LaBanc said she hopes these sanctions start a bigger wave of changes within Greek life on campus. One indirect consequence is that on Aug. 12, the university will host a Greek summit of all Interfraternity Council fraternity officers to address changes to their social and philanthropic policies.

“There was this tipping point with Derby Days, I think. We’re not going into the summit to talk about sexual misconduct or assault only, but, frankly, to address issues that have plagued fraternities for years. We’re using this momentum in this reflective time to try to create some change.”

The first tradition expected to change is Derby Days. One of the sanctions mandates that Sigma Chi submit a redesign of the week-long event and eliminate the dance competition. Hephner-LaBanc says she hopes these changes travel up the chain and influence the national organization’s rules about Derby Days.