Ole Miss has handful of options in backfield 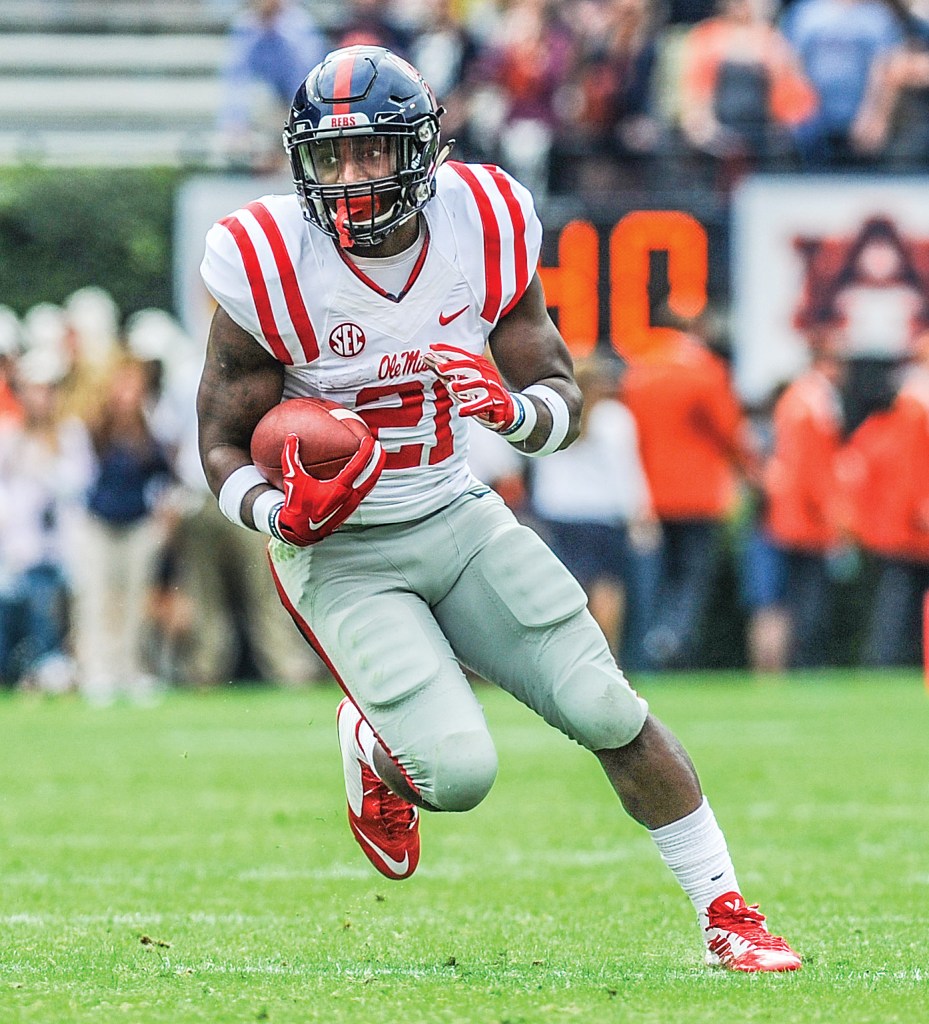 Akeem Judd (21) enters his senior season as a co-starter at running back for Ole Miss after emerging late last season. (Bruce Newman)

EDITOR’S NOTE: This is the second in a 10-part series breaking down each position on Ole Miss’ football team entering fall camp. A different position will be featured each day leading up to the Rebels’ first day of practice on Aug. 8.

Finding that go-to running back has been a running problem at Ole Miss in recent years.

The Rebels haven’t produced a 1,000-yard rusher since Dexter McCluster did it in 2009, and with quarterback Chad Kelly back to pitch the ball around to perhaps the deepest receiving corps in the Southeastern Conference, it’s asking a lot to expect any of the Rebels’ ball carriers to reach quadruple digits this fall.

But Ole Miss has plenty of options on the ground even with the graduation of Jaylen Walton that should be able to keep defenses from constantly sitting back and waiting for the pass.

Senior Akeem Judd and junior Jordan Wilkins are back after combining to rush for 800 yards and seven touchdowns last season. Judd rushed for 265 of his 421 yards in the final six games and averaged a team-high 5.5 yards a carry during that span while Wilkins ended the season with 54 rushing yards on just five carries against Mississippi State and 98 all-purpose yards against Oklahoma State in the Sugar Bowl.

As bigger backs — Judd is 228 pounds while Wilkins measures in at 6-foot-1 and 215 pounds — both are listed as co-starters on the preseason depth chart and can be used interchangeably.

The total package may come from redshirt freshman Eric Swinney, a highly ranked recruit in last year’s recruiting cycle who may be ready to break out after a stress fracture in his leg ended his first college season before it began.

“I’ve always felt like if (Swinney) gets healthy, he has a chance to be a special kid,” Ole Miss coach Hugh Freeze said. 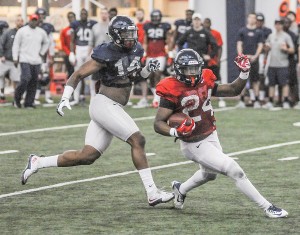 Redshirt freshman Eric Swinney (24) is healthy and could quickly become a part of the rotation in the backfield. (Davis Potter)

Another bulkier back at 210 pounds, the 5-9 Swinney was healthy this spring and turned heads with a mix of powerful and elusive runs and can catch the ball out  of the backfield, a role Walton filled well late in his career. The youngster’s ability to do a little bit of everything could get him on the field quickly this fall.

Junior Eugene Brazley and speedy sophomore D.K. Buford played in reserve roles last year and give the Rebels more depth at the position. Signee Jarrion Street could be another addition to the backfield this fall, though Freeze said the Rebels are still waiting for the 6-2, 198-pounder to be cleared academically for enrollment.