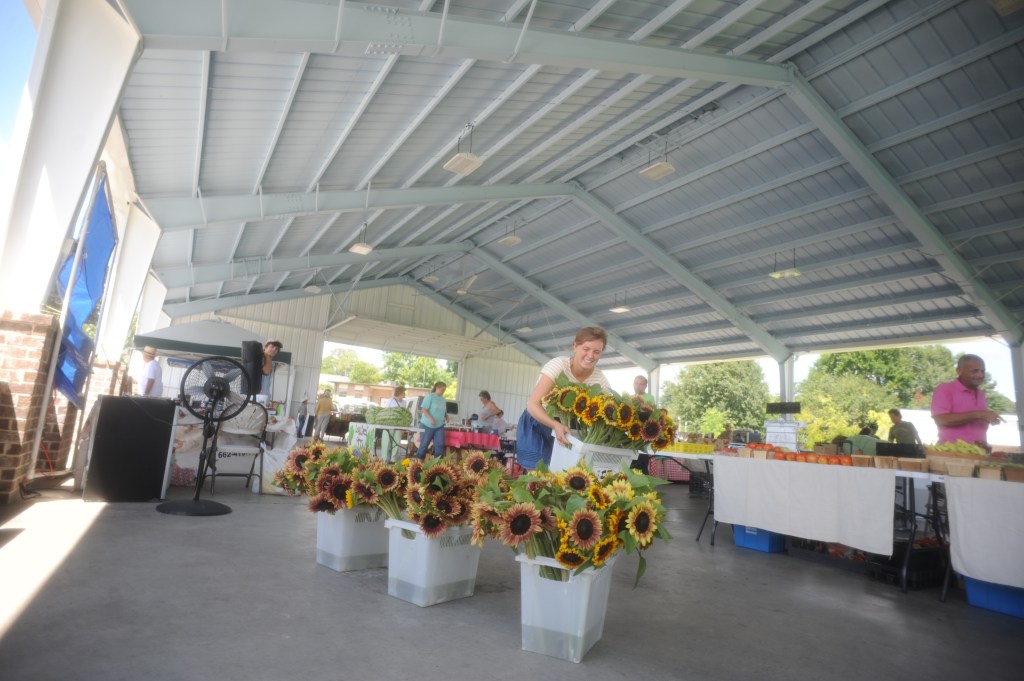 The Pavilion, in Oxford, Miss. on Tuesday, July 26, 2016, hosts events such as the Oxford Community Market. It is run by the Yoknapatawpha Arts Council. The Oxford Board of Aldermen voted May 7, 2018 to name the pavilion the Old Armory Pavilion.

Soon after inheriting the management of the new community pavilion that sits where the former National Guard Armory used to be, the members of the Yoknapatawpha Arts Council realized people would continue to refer to the structure as the armory for quite some time.

Just calling it the pavilion wouldn’t work either as it was often being confused with the University of Mississippi’s new basketball stadium.

To help market the pavilion for events, YAC decided to use the name the pavilion is known for, while updating it to give it its own new branding. As long as YAC manages the pavilion, it will be marketed as @thearmory.

“We hope that using the @thearmory tag will identify it as a venue, separate from the former National Guard Armory,” said YAC Director Wayne Andrews.

YAC took over management of the pavilion in October and since several programs have been held there, including a theater production, art shows, and a bi-weekly farmers marker.

The Arts Council uses the pavilion to host outdoor events and to partner with local community groups who want to use the space. The Pavilion is also available for private rentals, like weddings or birthday parties.

While @thearmory will be a marketing brand for the pavilion, the city of Oxford still owns the structure and the official naming rights, according to Mayor Pat Patterson.