Robinson leads Commodores back into pool 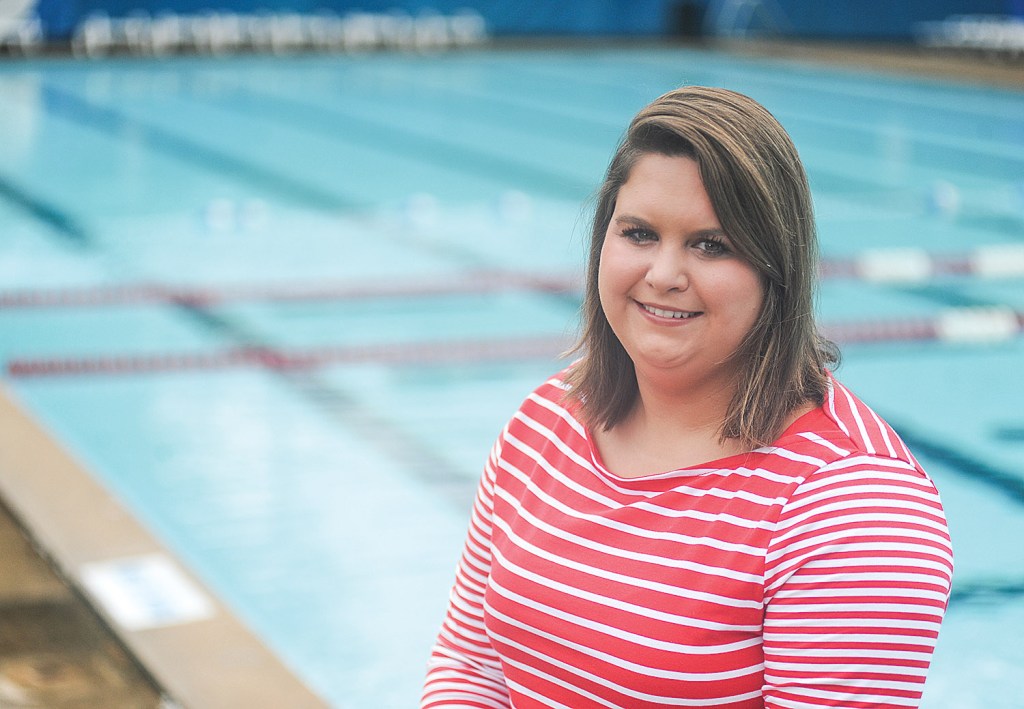 Nicole Robinson is starting from scratch as Lafayette High’s head swim coach. The Commodores are fielding a varsity team for the first time since 2007 after the program was brought back in the spring. (Bruce Newman)

Nicole Robinson is doing exactly what she wants to do.

When the Lafayette County School District unanimously voted this spring to bring a varsity swim team back to Lafayette High, Robinson was the one pegged to be the Commodores’ coach. The decision didn’t come as a surprise to the former Oxford High and Delta State swimmer, who told former LHS Principal Patrick Robinson she’d happily lead the program’s restart when the subject was broached while interviewing for a teaching position in the school district more than a year ago.

“I’ve been working on tryouts, getting the word out there and that kind of thing all through last year preparing to start a team this fall,” Robinson said.

But the 23-year-old Robinson is hardly expecting it to be easy.

Interest within the community sparked conversations of bringing the program back for the first time since 2007, yet Robinson said she has just five swimmers on the roster for both the girls and boys teams with the season’s first meet just more than a month away. Two of them were recruited from Shockwave, Oxford’s club team that Robinson helps coach, while another swimmer is “completely new to the sport,” Robinson said.

Injuries and other complications have contributed to the low numbers, Robinson said, but only six students tried out for the team in the spring. Robinson will hold tryouts again on Aug. 11 for any transfers or students already in the school district who didn’t come out in the spring. Students have to at least be in the seventh grade to try out.

“Just getting the word out there really and letting people know that we have a swim team and what the swim team is all about,” Robinson said. “That’s been the biggest issue is just getting kids out here and trying out.”

Robinson said she expects this season’s roster to eventually top out around 12 swimmers with the Commodores needing at least four girls and four boys to field relay teams on both sides. With relays bringing a competitive element to a mostly individual sport, Robinson said reaching those numbers are crucial.

“Those are really important for scoring and for the kids in general just to actually compete with your teammates because swimming is mostly an individual sport,” Robinson said. “You’re competing for your times and for your placement to help out your team overall.”

And the competitor in Robinson is looking for some immediate placement from her swimmers.

Robinson, who swam for all three of Oxford’s state championship teams before graduating in 2011, coaches the beginner level for Shockwave, something she believes will help coaching some of her most inexperienced high school swimmers as she initially plans to focus on technique and body maintenance before trying to build up endurance.

Robinson is hopeful some of her swimmers can make enough progress to qualify for the Class I North Half meet later this year. Lafayette will open the season Sept. 8 at the Oxford Invitational.

“That’s my No. 1 goal right now,” Robinson said of getting her swimmers to North Half. “You have to have a qualifying time to get to North Half to compete in the North Half meet, and two of my girls are on track for that right now.”

Whatever happens this season, it’s a start in resuscitating what Robinson hopes to eventually turn into a successful program.

“I’m kind of excited,” Robinson said. “It’s kind of nerve-wracking just because I’ve always already had a team. Starting a team up myself is challenging, but it’s definitely going to be rewarding in the end.”