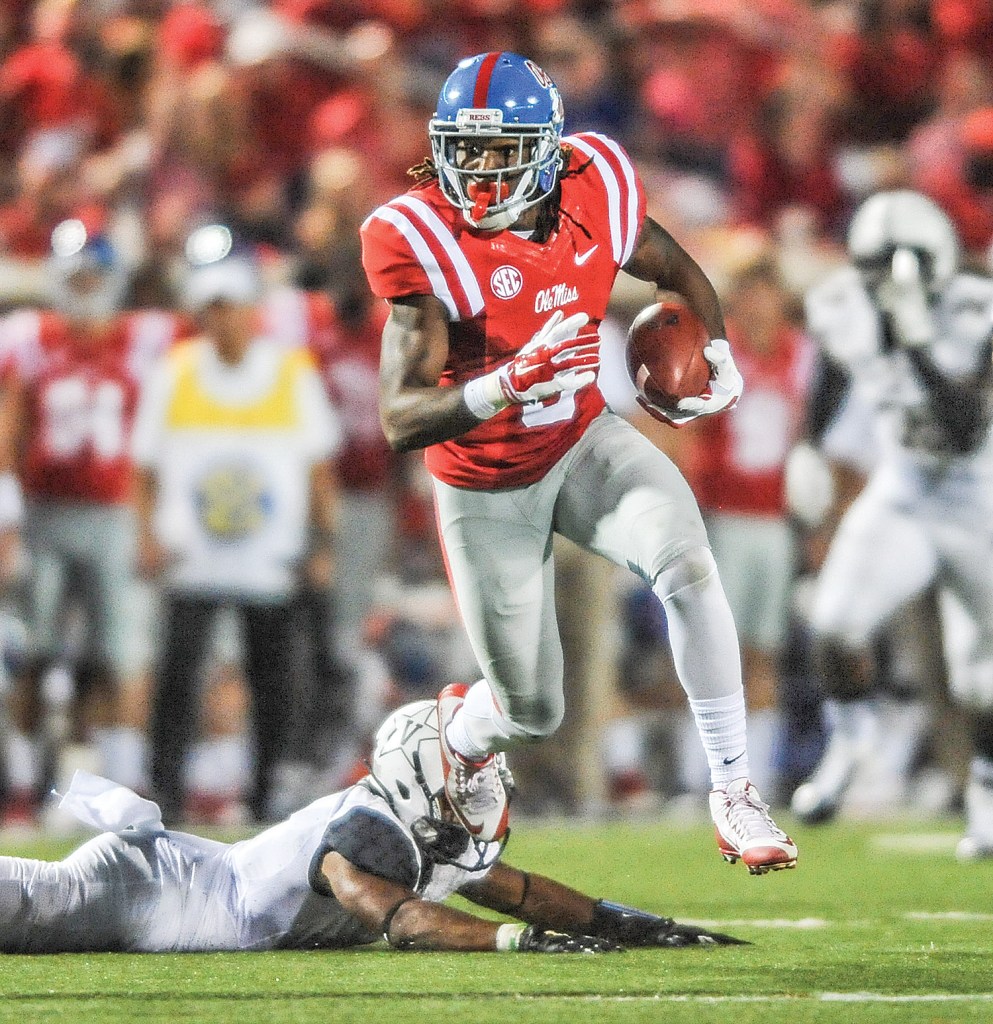 After catching 36 passes for 503 yards and five touchdowns in his first season of eligibility at Ole Miss, fourth-year junior Damore’ea Stringfellow (3) will be counted on for more production out wide this fall with Laquon Treadwell and Cody Core gone to the NFL. (Bruce Newman)

EDITOR’S NOTE: This is the third in a 10-part series breaking down each position on Ole Miss’ football team entering fall camp. A different position will be featured each day leading up to the Rebels’ first day of practice on Aug. 8.

Replacing a first-round draft pick at wide receiver is a chore for any team, but Ole Miss is in as good a position as any to adequately do it this fall.

Laquon Treadwell is in Minnesota getting ready for his rookie season in the NFL after leading the Southeastern Conference in receiving yards last season and catching more passes in his college career than anyone in Ole Miss history. Late-bloomer Cody Core is gone, too, after being drafted by the Cincinnati Bengals.

But the Rebels have some experienced players behind them ready to step in and have also stockpiled talent at the position in recent recruiting cycles to bring in more competition to arguably the deepest group of the catchers in the SEC.

Junior Damore’ea Stringfellow and senior Quincy Adeboyejo are in line to take over on the outside. The 6-foot-2, 211-pound Stringfellow is a physical presence built similar to Treadwell who emerged late in his role as the Rebels’ third outside receiver, finishing with 36 catches for 503 yards and five touchdowns.

Adeboyejo (604 yards) finished behind Treadwell and Core in receiving yards last season and had the second-most touchdown receptions (7) working mainly out of the slot. Perhaps the fastest receiver on the roster, Adeboyejo worked at both positions in the spring in preparation for more of his snaps this season to come on the outside, where he’s listed as a starter opposite Stringfellow on the preseason depth chart.

“I don’t think it’s a panic or a worry about filling a certain amount of shoes or filling a gap,” tight end Evan Engram said of Stringfellow and Adeboyejo at SEC Media Days. “They’re just working to step up, make big plays and be that spark for our offense.” 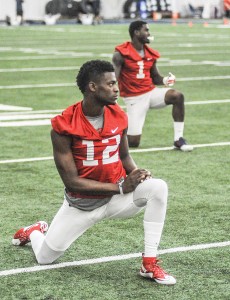 More polished than most young receivers, redshirt freshman Van Jefferson (12) has moved his way to the top of the preseason depth chart in the slot. (Bruce Newman)

Ole Miss returns four other receivers who got snaps last year, including Derrick Jones, Markell Pack and DaMarkus Lodge, a highly touted recruit in last year’s recruiting class who could see his role increase as a sophomore. Redshirt freshman Van Jefferson, the son of longtime NFL assistant and Miami Dolphins receivers coach Shawn Jefferson, has used his knowledge of the position and advanced fundamentals to move to the top of the depth chart in the slot.

The group will be pushed by one of the nation’s most talented group of signees at the position.

Ole Miss added to its talent pool by inking a trio of four-star pass catchers in former Oxford standout DK Metcalf, A.J. Brown and Tre Nixon. The 6-3 Metcalf and Brown, a Starkville product, were the state’s two best high school receivers a year ago and may be too skilled to keep off the field completely this fall.

The 6-1, 170-pound Nixon, who comes to Ole Miss by way of Viera, Florida, may need a redshirt year to bulk up but projects to play in the slot, possibly giving quarterback Chad Kelly yet another option to throw to this fall.