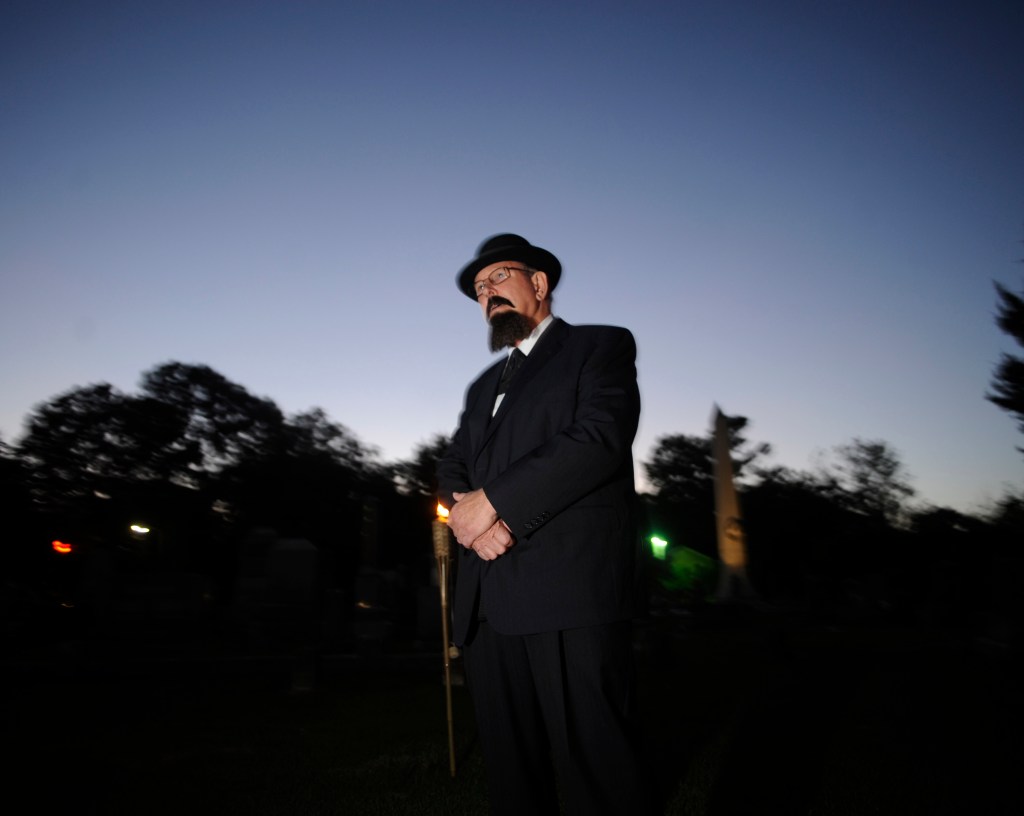 After four years, the spirits will walk again in St. Peter’s Cemetery.

However, these spirits are not the house-haunting kind, but rather actors portraying several of Oxford’s notable, albeit now deceased, citizens.

The event is the largest fundraiser for the guild that helps support the Cedar Oaks mansion.

Tickets will be $15 and available for sale closer to the event.

Those attending the event walk through the cemetery where actors will be located throughout, some near the actual graves of whom they are portraying. The actors will give monologues about their character — about their lives, life in Mississippi during their lifetime and contributions to Oxford.

“We are very excited about our ‘spirits’ and actors for 2016 and think they will appeal to many different groups and visitors in and around Oxford,” said Marianna Ochs, one of the event chairs.

Two years ago the event was held at the Powerhouse but was called “Spirits of Yoknapatawpha County, “and based on characters from William Faulkner’s books. The show was written and directed by Dianne Fergusson, past president of Cedar Oaks Guild.

“It wasn’t appropriate to hold it in the cemetery because we weren’t dealing with dead people,” Fergusson said. “Faulkner’s characters will never die and they live again every time someone reads one of his short stories or novels.”

Fergusson said the guild always intended to bring the event back to the cemetery.

“This was a one-off and grew out of my interest in and knowledge of Faulkner’s fiction,” she said.