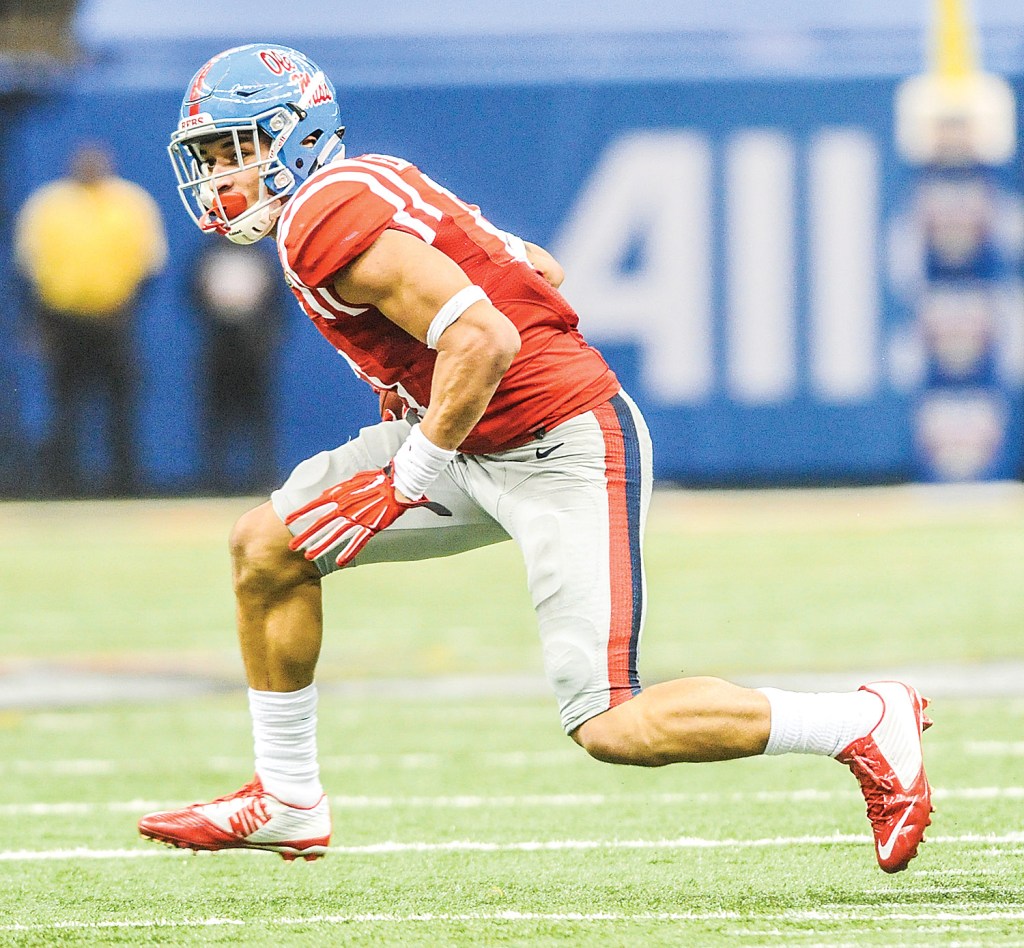 Tight end Evan Engram’s production in the passing game decreased last fall, something Ole Miss’ players and coaches want to change in his final season with the Rebels. (Bruce Newman)

EDITOR’S NOTE: This is the fourth in a 10-part series breaking down each position on Ole Miss’ football team entering fall camp. A different position will be featured each day leading up to the Rebels’ first day of practice on Aug. 8.

Evan Engram isn’t shy about what he wants to do before he leaves Ole Miss.

The Rebels’ tight end has repeatedly said he chose a senior season in college over the NFL so he could get one last crack at winning a Southeastern Conference championship and be in the national title discussion. He’d also like to be known as the best player at his position nationally by capping his career with the John Mackey Award.

“That’s a huge honor that I would love to receive at the end of the season,” Engram said at SEC Media Days.

But Engram, his teammates and his coaches know he has to be a bigger part of the offense if any of those team and personal dreams want to have a shot at becoming reality.

Engram is already the school’s all-time leader in receptions and receiving yards by a tight end, but the big plays the 6-foot-3, 227-pounder has made look routine with his speed against bigger linebackers over the middle and size against smaller defensive backs were missing a season ago. Engram had 198 less receiving yards than he did as a sophomore and averaged a career-low 12.2 yards a catch with just two touchdowns.

Engram said conversations between he and his coaches have been ongoing since bowl practice about how to get a player whose skill set makes him a mismatch more times than not into more of those favorable matchups.

“That was most of the conversation with the coaching staff when I was making my decision to come back, so all that stuff is going to take place in the game plan once we get into the season,” Engram said.

Behind Engram on the depth chart at the position are a couple more seniors who could help out in a pinch.

Hunter Thurley is listed as the backup on the Rebels’ preseason depth chart while Taz Zettergren will open camp running with the third team. The duo has combined for seven career catches. 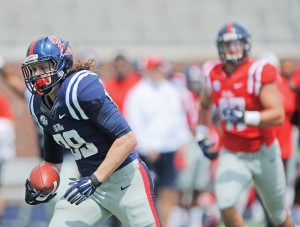 Taz Zettergren (89) is another senior who adds depth at tight end. (Bruce Newman)

At 6-4 and 241 pounds, Thurley, who walked on to the team last season, is a bigger body than that of the 6-3, 218-pound Zettergren, but both are likely going to get most of their snaps as extra blockers in the running game and on special teams.

Another player joining the group in fall camp will be freshman Jacob Mathis, who signed with the Rebels out of Berkeley Preparatory School in Tampa, Florida. An Under Armour All-American as a high school senior, the 6-3, 223-pound Mathis has a frame that already resembles that of Engram, but what role if any the youngster has this fall has yet to be decided.