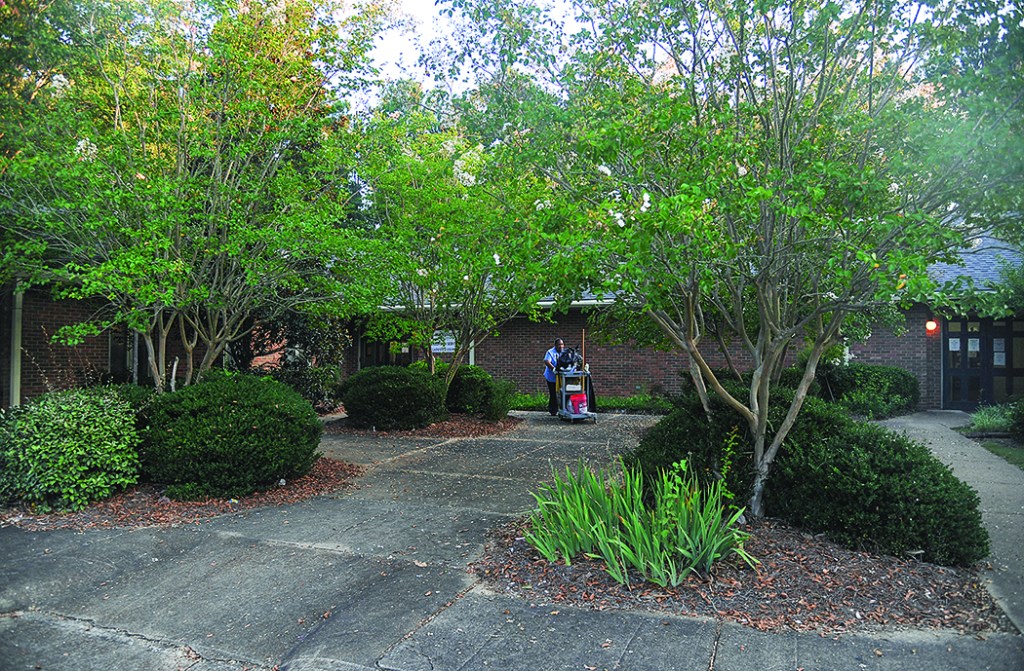 Lafayette County has sold the building that houses the Mississippi Driver's License Office and the Extension Service to the Mississippi Department of Transportation, in Oxford, Miss. on Tuesday, August 2, 2016.

After four years of negotiations, the Lafayette County Board of Supervisors and Mississippi Department of Transportation finally came to resolution regarding the sale of county-owned property needed for the much-anticipated widening project of Highway 7.

The supervisors met in executive session at the end of their Monday night meeting and emerged with the announcement the property that currently occupies the county health department, state driver’s license department and extension office has been acquired by MDOT for more than $1.4 million.

Board president Jeff Busby said he and his fellow supervisors are pleased with the purchase price.

“We had it independently appraised and it is very much in line with what we got back from our appraiser,” Busby said.

“Yes, the county is pleased. Is it enough to replace the buildings? No it’s not but I think it’s fair.”

Busby said county officials have some decisions to make. The health department, which is only open three days a week, will remain where it is, while the driver’s license bureau and the extension office will be relocated on a portion of the 150 acres the county purchased on County Road 406.

They have 18 months to make this happen.

“And that’s being aggressive to complete this,” Busby said. “We’re sending RFQs out to get some professional help with the design of these buildings and get cost estimates and proceed in getting these buildings relocated on a pretty quick time frame.”

County officials will also have to find temporary facilities for both the driver’s license bureau and the extension office while the new structures are constructed. They also plan to relocate the Justice Court building, which is overcrowded, as well as the Department of Human Services, which is in an old building, according to Busby.

The county would also like to construct a multi-purpose facility on the new site if the county can afford it.

“If we can build a multipurpose building and it doesn’t cost a lot to operate or if it breaks even, I think it’s a win-win for our community,” Busby said. “It gives kids other things to do besides play sports. Gives more options for kids to do other things. Ole Miss has an equestrian team and we’ve heard from them and to have an arena for horse shows in Lafayette County would be a good thing.”

Busby said preliminary work, including clearing timber, must be done. He said the company that was awarded the bid to clear the land would get the first option.

“We may design the buildings and clear the lots for pads as we build instead of clearing all ten acres,” Busby said.