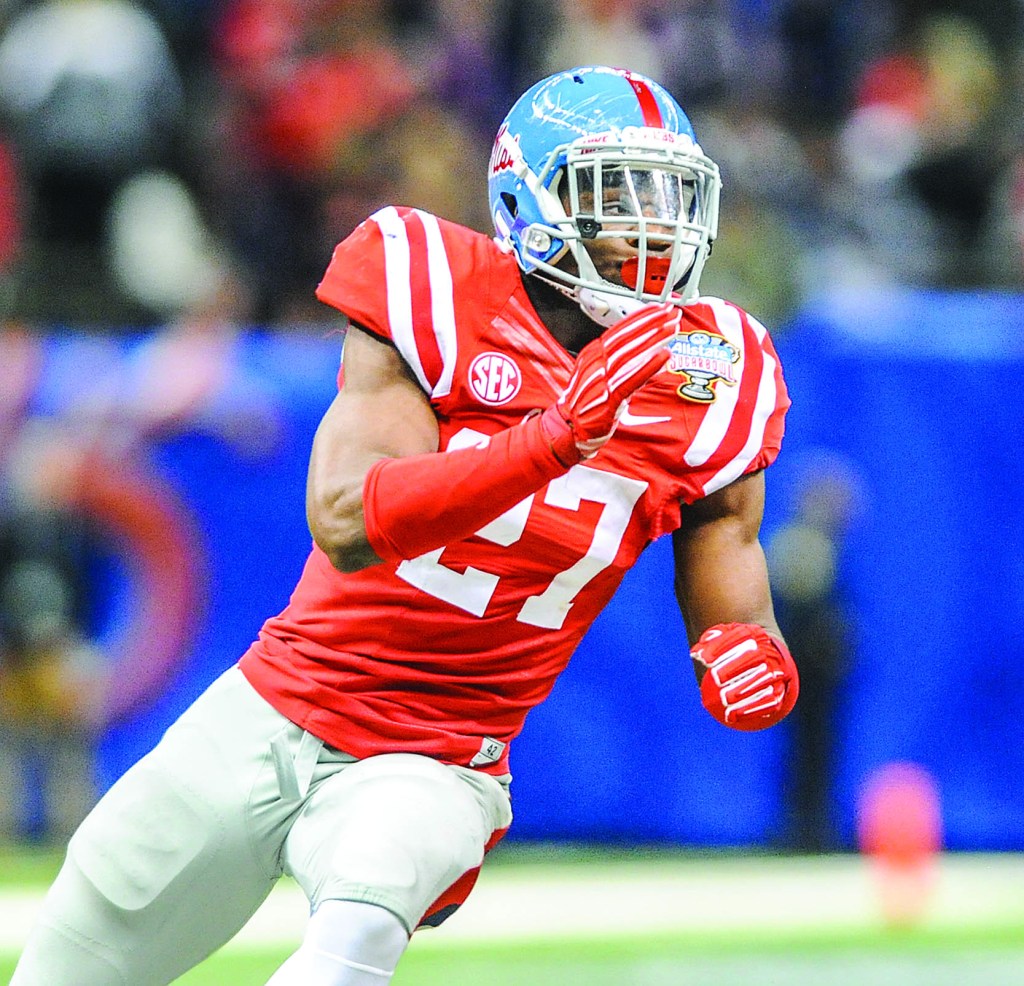 Ole Miss’ Marquis Haynes, who will wear No. 10 this season, is back as one of the Southeastern Conference’s premier pass rushers as part of a deep and talented defensive line this fall. (Bruce Newman)

EDITOR’S note: This is the sixth in a 10-part series breaking down each position on Ole Miss’ football team entering fall camp. A different position will be featured each day leading up to the Rebels’ first day of practice on Aug. 8.

A combination of quality and quantity has Ole Miss’ defensive line confident in life after Robert Nkemdiche.

The Rebels lost their All-American to the first round of this year’s NFL Draft, but Ole Miss is reloading with a wave of young talent brought in through recruiting to add to a handful of starters back on the defensive front from last season. Woody Hamilton and Channing Ward are also gone, yet the Rebels return nine linemen who got snaps last year and five who drew at least one start.

Marquis Haynes and Fadol Brown are back at defensive end. Brown has recovered slowly from last season’s surgery on his fractured foot, but when healthy, the 6-foot-4, 280-pound Brown’s power is an ideal complement to the speedy Haynes, one of the Southeastern Conference’s top pass rushers who tied the single-season school record with 10 sacks last season.

Stepping in
On the interior, sophomore Breeland Speaks will step in full-time at tackle with Nkemdiche gone. Coaches like the blend of power and quickness from the 6-3, 310-pound Speaks, who teammates say has shown even more of that combination this offseason after actually notching more tackles (32) than Nkemdiche (29) a season ago despite spending most of the season as his primary backup.

Back at noseguard is Jones, a highly sought-after junior college transfer who saw his role grow later in the season. The 6-0, 321-pound Jones, who made three starts a season ago and finished with 40 tackles, will pair with veteran Issac Gross to give Ole Miss varying playing styles at the position. Gross is back for his sixth year after neck surgery ended the season for him last year after one game.

Sophomore Ross Donelly got some experience by playing in seven games a season ago while redshirt freshman Austrian Robinson and true freshman Benito Jones, a four-star prospect who enrolled early, will likely join the rotation on the inside. Junior Herbert Moore, who missed all of last season with a torn ACL, will provide additional depth.

“We have enough guys on that defensive line and the depth to be one of the best defensive lines in the country,” Jones said. “With that depth, we’ll be all right.”

Another player joining the fold this fall is junior college lineman Josiah Coatney, a late addition to the Rebels’ most recent signing class. At 6-5 and 285 pounds, Coatney, ranked as a three-star prospect by 247Sports, could play inside or out.

Ole Miss football has experience up front despite losses