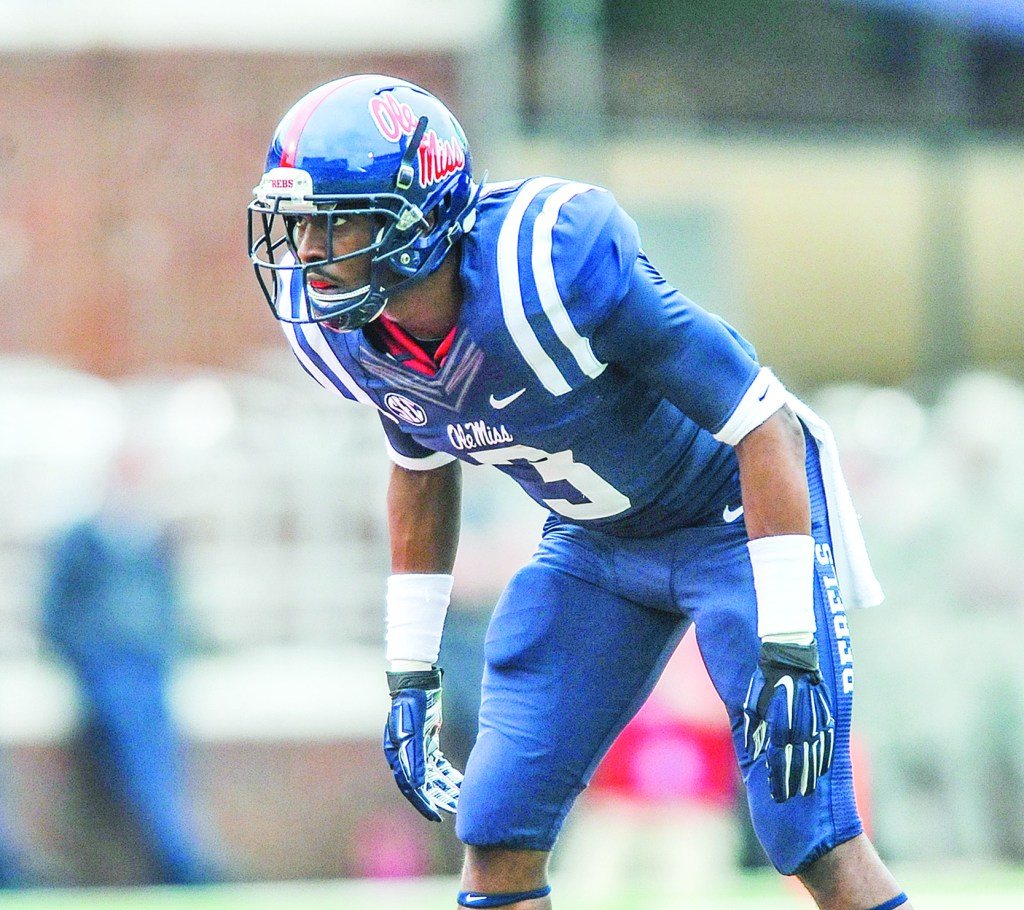 Junior C.J. Hampton will try to solidify his spot as Ole Miss’ starting free safety in fall camp while getting plenty of competition from youngsters at a position that is undergoing some turnover. (Bruce Newman)

EDITOR’S NOTE: This is the ninth in a 10-part series breaking down each position on Ole Miss’ football team entering fall camp. A different position will be featured each day leading up to the Rebels’ first day of practice Monday.

“The ball is in my court now, so I think I just need to step up now and make the plays that are expected of me, do what’s expected and eliminate all the mistakes,” Hampton said.
Ole Miss desperately needs its junior safety to put it all together and lead a position that’s gone from one of the Rebels’ most seasoned to one of the most green this season.

Trae Elston and Mike Hilton, the Rebels’ reliable tag team at safety the last handful of years, are no longer around, leaving Hampton and a host of fresh faces to try to replace that stability and production. It’s been a slower-than-anticipated climb to the top of the depth chart for Hampton, one of the nation’s top safety prospects coming out of Meridian High three years ago, but the attrition at the position leaves him as a veteran among the group.

“He’s a very good vocal leader out there,” safeties coach Corey Batoon said of Hampton, who started four games at free safety last season once fellow safety Tony Conner went down with a knee injury. “He helps those kids get lined up.”

Conner’s return to the Huskie, or nickel corner, spot will provide a big boost to the back end. Conner, a preseason second-team All-Southeastern Conference selection, missed seven games last season to a torn meniscus but is expected to be fully healthy for the start of fall camp.

There are plenty of youngsters behind those two.

Hampton will try to hold on to his starting spot while competing with sophomore Zedrick Woods, who started a pair of games last season as part of the reshuffled secondary as a result of Conner’s injury. Redshirt freshman Armani Linton will also compete for time at free safety.

Fast riser
True freshman Myles Hartsfield enrolled early and was a standout during spring practice. The 5-foot-11, 200-pound Hartsfield impressed enough to begin camp as the starter at rover, though he’ll compete with a player that’s two years ahead of him in the playbook in junior C.J. Moore. A.J. Moore could spell Conner at times, though he’s got competition from redshirt freshman Montrell Custis to be the primary backup at Huskie.

True freshman Deontay Anderson is another newcomer to watch for on the back end. An Under Armour All-American ranked as one of the nation’s top high school safeties in this year’s recruiting cycle, the 6-1, 217-pound Anderson has the physical tools to immediately push for playing time at either safety spot. Fellow freshman Greg Eisworth could provide depth if he doesn’t redshirt.

“We’re going to have some young kids in the secondary,” Ole Miss coach Hugh Freeze said.

Young or old, the Rebels will need some to quickly emerge at a position where there suddenly aren’t many proven commodities.