Having a second look at Scotland, Amsterdam 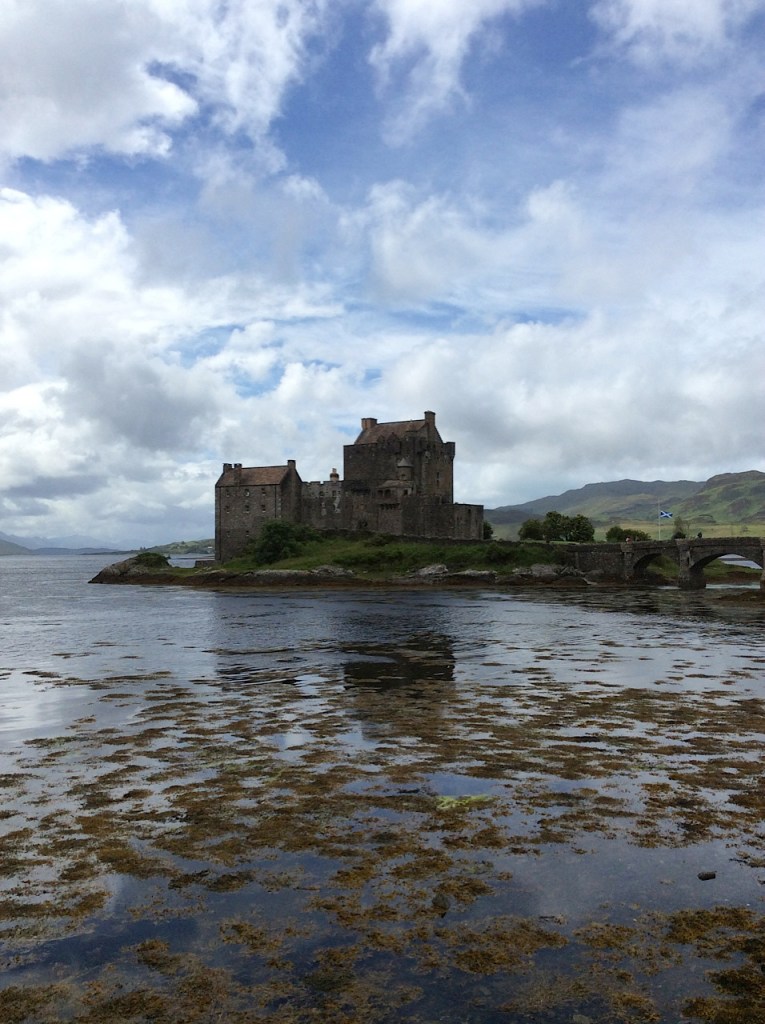 Mark and I spent the first five years of our married life living in Aberdeen, Scotland. To celebrate our 36th wedding anniversary, we thought it would be a good time to go back and see Scotland again.

For this trip we decided to explore the western coast of Scotland, which we do not know as well as the eastern part. We flew into Glasgow and picked up a rental car. At first, I thought I would drive, but my feelings quickly changed as I remembered how narrow the roads can be. We were given a VW diesel, which was a great car as it got over 50 miles to the gallon. Gas was $6 a gallon so good gas mileage is essential. No one in Scotland drives big trucks or Hummers.

Glasgow prides itself on having a lot of good restaurants, bars and an active nightlife.  We enjoyed seeing Glasgow Cathedral, the University of Glasgow, and a tenement house preserved from the early 1900’s. I was amazed to see beds tucked into wall cubbyholes. The little wall beds are very short looking and that is because people slept half sitting up, as they were afraid if they reclined completely they would get consumption.

We headed down to Campbelton, which is at the southern tip of the Kintyre Peninsula. It is as far as you can go without getting on a ferry and heading to some of the islands.  Driving there we were always in sight of water, and the coast was rugged and rocky with green hills as backdrops. Once we got to Campbelton we checked into a lovely B&B located in an old renovated schoolhouse. The next morning we took a tour of the Sprinkbank Distillery, which produces Mark’s favorite single malt whisky. What makes the Springbank Distillery unusual is that it has been in the same family since 1828 and they still do all the distilling process by hand. The Scottish man who took us around had a very broad accent and I could only catch about one word in every twenty. There was a French couple on our tour and they could not understand a word. I was trying to tell them what I had learned from the one word I understood. The Frenchman just smiled and told me that it was like a puzzle. We had a few of the pieces and we had to guess the rest. After the tour we got several samples and had lunch in a room surrounded by shelves and shelves of whisky bottles. One was allowed to taste anything you wanted. Mark was a little limited though as he was our designated driver.

We visited several gardens in the area including Crarae and Inverewe. The gardens are breathtaking. The climate is just perfect for all kinds of plants to grow. There were giant ferns that looked like they could devour a person, redwood trees from California, and plants from South Africa. I took dozens of photos and thought in despair of my sad little garden in Oxford.

We also explored several castles both inhabited and in a state of ruin.  Most of the castles are located on the rugged shores and as a result have dramatic settings. The castles all had very thick walls, lots of open-hearth fireplaces to keep warm, and large kitchens.  They also had very scary looking dungeons. You would not want to be taken as a prisoner in those days. One of the castles, Urquhart Castle, sat on the banks of Loch Ness where the famous Loch Ness monster is believed to be. Loch Ness is very deep so the thought has always been that a large creature could live in the murky depths. I looked out on the loch and hoped that if Nessie was there, that she would forever remain safe.

In a tiny village called Achintraid we stayed in our own little chalet that I found on Airbnb. It was the first time I have ever booked anything on Airbnb and it worked out really well. The owner of the chalet lived next door and when we arrived he walked over and asked if we needed anything. We asked where we might eat dinner and he suggested the Applecross Inn, reachable by a single-track road over the highest pass in Scotland. We decided to take the road and it was quite an experience. The road was spectacular with great views and scary drop offs should you stray too far to the side of the road. Since it was single-track, if someone was coming from the opposite direction, you had to find a place to pull over. At the end of the road, we found the Applecross Inn and it seemed that everyone had decided to eat there. There were bikers, people in Porsches, and even someone in a camper van. We had a delicious meal and then headed back on the narrow, windy road. It was not a road for the faint of heart.

Scotland is just as beautiful as we remembered and so very green. It is definitely a place to visit if you have not been there yet. Just be prepared for the narrow roads, driving on the left, roundabouts everywhere, and plenty of rain!

We then spent a few days in Amsterdam and stayed at a wonderful hotel called the Hotel Estherea. The hotel occupies four canal houses and has about 70 rooms. Each room is decorated differently, with an assortment of bold colors and wallpaper. The hotel had a homey atmosphere even though it also felt elegant.

We did not rent a car in Amsterdam but instead mastered the trams and even rented a bike one day. Everyone cycles in Amsterdam and the cycling paths are wide and easy to follow. There are even traffic signals just for cyclists. We cycled about eleven miles out of Amsterdam to a little village that has been preserved with old style Dutch houses and windmills. It was so much fun to bike and not to rely on a car.

We saw the Van Gogh museum which is modern and well laid out, and Rembrandt’s House which had some of his original furniture and artwork. We enjoyed walking on the canals looking at the lovely Dutch row houses, and we also enjoyed seeing the houseboats that many people live on. We found a no-kill cat shelter on a houseboat called De Poezenboot, or The Catboat. The cats could even go through a cat flap to walk on the narrow side of the boat, protected by a fence, to look out onto the canal. They have a wonderful web site at www.thecatboat.nl. A great way to see Amsterdam and get your bearings is to take a ride on one of the many boats that wind their way through the intricate network of canals.

On our last night in Amsterdam, we found a wonderful Dutch restaurant to eat in that was located just around the corner from our hotel.  The food was so good that we would probably go back to Amsterdam just to eat there again.

Leaving Amsterdam I bought out most of the chocolate in the duty-free shop. Dutch chocolate is extremely good! Mark opted for a couple of excellent bottles of Scotch whisky. We will certainly remember our 36th wedding anniversary.