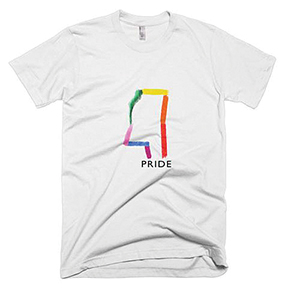 Although life has taken Oxford native Taylor McGraw all the way to New York City, he’s never quite been able to leave the South behind him.

Since graduating from the University of Mississippi in 2012, McGraw has been serving for four years for the Teach for America Corps at a charter school in Harlem and has recently earned a master’s degree in Creative Writing from the New School.

One day, while sitting in his Brooklyn apartment, McGraw’s daydreams about the South gave way to an idea — an idea that would grow into his new online clothing and merchandise store, Left South.

“No matter how long I stay in this big city, I’ll always be a Mississippian at heart,” McGraw said. “This business, more than anything, is a way for me to reconnect with home.”

McGraw’s products reflect socially progressive attitudes that he feels represent the welcoming inclusiveness of Southern values at their absolute best.

“Left South’s mission is to provide apparel for Southerners who believe we are at our best when we lead with tolerance, inclusivity, and hospitality,” he said.

McGraw launched the website in June during LGBT Pride Month, partly inspired by the outpouring of support and successful pride events held in Oxford and around the South, even amidst the climate of controversial legislation such as House Bill 1523, which critics felt opened the door to unfair discrimination against the LGBT community.

McGraw decided to make pride shirts designed for specific states around the South, beginning with his home state of Mississippi. Soon enough, however, he began receiving requests from friends asking for designs for their states as well, and today, Left South’s merchandise also includes designs for Alabama, Arkansas, Tennessee, Georgia, and North Carolina.

“Right now, I have designs for about half of the southern states and am working on the rest,” McGraw said.

“My favorite shirt has an ‘InteGreat Schools’ design for people who support racially integrated schools,” he said. “After two decades of successful integration, school districts across the South, released from court orders in the 1990s, have resegregated to levels unseen since the 1960s.”

McGraw pointed out that these issues in education extend far beyond the South into the national landscape, and that this topic is near and dear to his heart as an educator. A 2008 graduate of Oxford High School, he also emphasized his pride in his hometown school system and its ability to embrace integration and consistently rank as one of the top school districts in the state.

“My two most recent designs relate to voting,” McGraw said. “My ‘one human, one vote’ shirt was inspired by the failed voter suppression attempts in Texas, North Carolina, and across the South. Then, last week, when I heard President Obama tell the DNC crowd, ‘Don’t boo, vote,’ I thought that would look pretty cool on a shirt. I’m constantly brainstorming new ideas.”

McGraw said that although the “left” in his store’s name might seem like a politically-charged term to some individuals, he actually views these basic rights issues as something that can unite individuals across party lines.

“I try to design shirts with messages that folks across the political spectrum can wear proudly,” he said.

So far, McGraw said that support for his efforts have been overwhelmingly positive, which has helped him reshape his own views of his home in the South for the better.

“What I’m learning is that the majority of southerners, especially millennials, no longer view issues such as LGBTQ rights through a political lens,” he said. “I think some are still hesitant to wear a pride shirt in public, but we are definitely proving that discrimination has no place in our state, or anywhere.”

Looking forward, McGraw has several different projects on the horizon, including launching his own podcast about education in New York City as well as writing a book based on his experiences playing chess in a New York park with several individuals in 2010 when he was still a student at the University of Mississippi. However, McGraw maintains that he would like to see Left South continue to grow at a realistic pace so that he can continue to spread his positive message.

“My main goal is to provide folks with shirts they are proud to wear,” he said. “When I hit 20 orders, I emailed all of those people to thank them and to tell them that they aren’t customers; they’re messengers — messengers who remind folks we are at our best when we lead with values of tolerance, inclusivity, and hospitality. That’s the South I know and love.”

To check out Left South’s offerings, you can visit their website at www.leftsouth.com or find them on Facebook. McGraw also said that people are welcome to contact him at leftsouth@gmail.com with any ideas, requests, or comments.