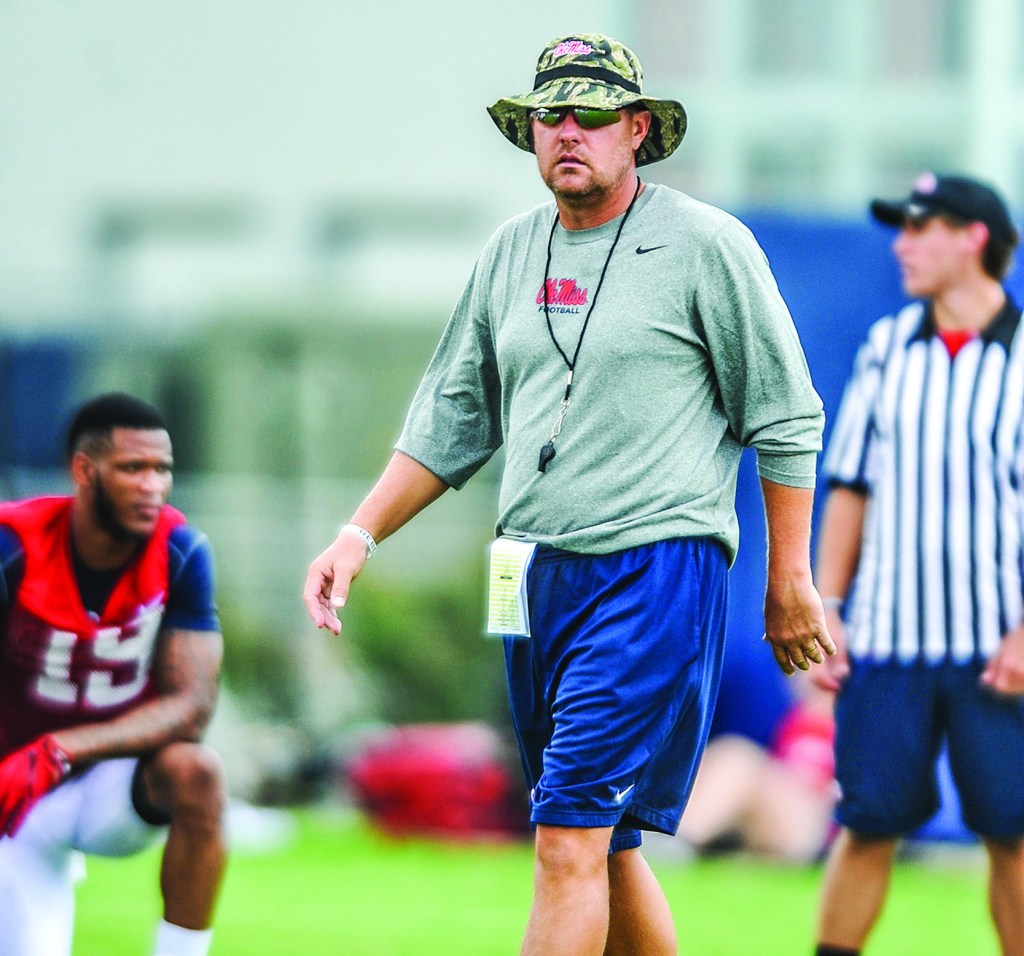 Ole Miss coach Hugh Freeze spent nearly 22 minutes talking about this year’s team during his first press conference of the season Monday, but he’s spending less and less time addressing anything related to the NCAA investigation hanging over his program.

That’s not to say the Rebels’ fifth-year coach feels like it’s affecting his squad as it prepares for another season where expectations are high.

Ole Miss’ win total has increased each season under Freeze with the latest improvement resulting in a 10-win season and the program’s first Sugar Bowl win since 1970. There’s the three first-round draft picks to replace in Laremy Tunsil, Laquon Treadwell and Robert Nkemdiche, but Freeze and his staff like the depth they’ve built in recruiting with Freeze contesting that the 2016 class could be the best of the bunch.

Ole Miss also has the league’s best quarterback returning in Chad Kelly, who will try to build on a season where he became just the third signal caller in league history to throw for at least 4,000 yards in a season and tied or set 14 school single-season records.

After being picked to finish third in the Southeastern Conference’s Western Division in the media’s preseason poll behind defending national champ Alabama and LSU, Ole Miss came in at No. 12 in the preseason Amway Coaches Poll released last week.

But there’s also the 11 scholarship reductions and three years of probation the program self-imposed this spring as part of its response to the NCAA’s findings, which alleges nine violations to have occurred under Freeze — four of those being the most serious Level I — and 13 within the football program in all. The school also continues to look into Tunsil’s draft night claim that he took money from an Ole Miss staffer while in school, something that prompted Ole Miss to request that its hearing with the Committee on Infractions be pushed back to the fall and delayed any closure in the case.

Yet Freeze said Monday it hasn’t put a damper on the progress the program has made.

Still waiting
Whether more penalties are handed down, including for Freeze himself, remains to be seen.

The NCAA in 2013 altered its rules to where head coaches are held responsible for the actions of all assistants and administrators who report directly or indirectly to them, according to Bylaw 11.1.1.1. Though Freeze was not directly implicated in any wrongdoing alleged in the NCAA’s Notice of Allegations, a violation of the bylaw could result in a suspension for Freeze unless he shows he promoted an atmosphere of compliance and monitored the staff.

When asked if there was any concern about the possibility of any personal punishment, Freeze again offered a one-liner.

“I’m worried about our football team,” he said.

It’s a team, Freeze added, that may have more incentive than any of his first four in Oxford.

“I’m more motivated than I’ve ever been to prove that the young men that choose to come to this university and sacrifice to try to change the narrative around this program,” Freeze said. “We’re very motivated to develop them and give them the best chance to compete in a very difficult conference and a very difficult schedule. They deserve that. We believe in our staff, we believe in our core values, and we believe in these young men. So there’s a tremendous amount of motivation to remain consistent.”