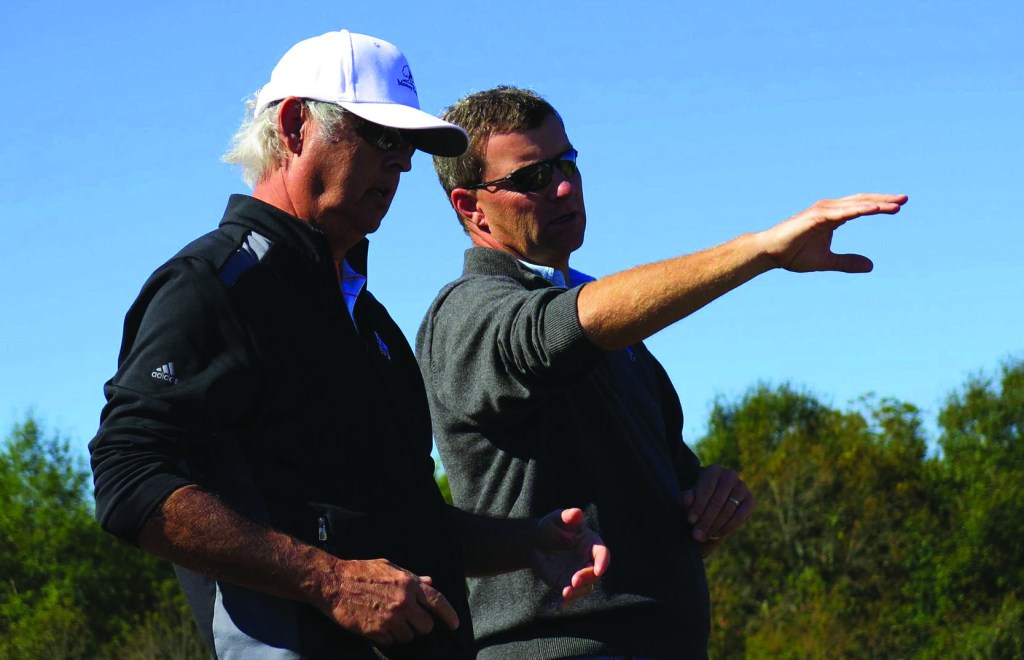 WEST POINT — In 1541, Spanish explorer Hernando De Soto’s expedition passed through or near here, moving westward through what became known as the Black Prairie in search of gold and silver.

He found the Mississippi River instead. DeSoto crossed the nearby Tombigbee River, which scarcely prepared him for the mighty Mississippi a few weeks later.

George Bryan, the remarkably successful, West Point-born businessman, knows and appreciates the history of this place. His family came here in the 19th century, started a meat market that grew exponentially into Bryan Foods. He loves the people — and the lay of the land — and chooses to live here when he could live anywhere in the world.

Bryan built the beautiful Old Waverly Golf Club here and then remarkably brought the U.S. Women’s Open to rural Clay County in 1999. Now, he has partnered with nearby Mossy Oak and world-renowned golf architect Gil Hanse to carve Mossy Oak Golf Club out of what was once a dairy farm.

The two golf courses, both world class, are across the street from one another on Old Waverly Road, and will provide a unique destination golf resort. Mossy Oak Golf Club, a public golf course, will open Sept. 2.

Standing near the sixth green, Bryan can see all 18 flags on the Mossy Oak golf course.

“You know, DeSoto could well have come right through where this course is now,” he says. “Our goal is to have this land look as much as possible like it did in the 16th century. We want it to be as natural as possible. This land is so beautiful; why mess with it?”

All natural
Thus, the term: Nature’s Golf. Thus, the hiring of Hanse, who is known for his minimalist approach to golf course design. Hanse doesn’t move land to shape the golf course. No, he shapes the golf course as the land dictates.

If you don’t know of Hanse’s work, tune in to the Rio Olympics golf coverage. At the same time Hanse has been directing the design of Mossy Oak, he has designed the Olympic course in Rio de Janeiro. Most every golf architect on the planet wanted the Rio/Olympic job. Hanse was chosen at least partly because of his plan to preserve the land of the Marapendi Natural Reserve near Rio.

That’s also what he has done here in Clay County, working with Bryan and Mossy Oak, the outdoors lifestyle company founded by Toxey Haas in 1986.

The golf course will stretch out to 7,500 yards, par 72. It will feature striking (for Mississippi) elevation changes and native grasses and wildflowers that will frame the fairways. It will also feature stately native oak trees, two ponds (stocked with tiger bass), and a winding creek with several burns running off it. There are 95 bunkers of varying sizes, including a massive 20,000-square foot bunker as you approach the 17th green. The native sand comes from the sand pits and banks of the nearby Tombigbee.

“Old Waverly is more of a traditional golf course, and we’re still mighty proud of it,” Bryan said. “Mossy Oak is different. It has the look of a links golf course, though obviously there’s no ocean. It will be an excellent course for walking and we’ll have caddies and fore caddies.”

The attention to detail is impressive, down to the 16,000-square feet putting green, shaped like the state of Mississippi. (To putt from Biloxi to Southaven, you will be tempted to use a wedge.)

State attraction
To help finance the project, Bryan and Mossy Oak have recruited 76 founders, who have invested significantly in the golf course. Those founders, although mostly from Mississippi, include golf enthusiasts from California, Utah and all over the southeast.

“The hope is to attract destination golfers not only from all over the southeast but all over the U.S. and even the world,” Bryan said. “In golf, one plus one equals more than two. We think having two world-class golf courses right across the street from one another be that kind of attraction.”

To that end, there will be more than 150 rooms available in cottages at the two golf courses. You can book tee times (and cottages) at mossoakgolf.com.

“Gil (Hanse) says that in three years this course will look like it has been here for centuries,” Bryan said. “That’s the whole idea.”