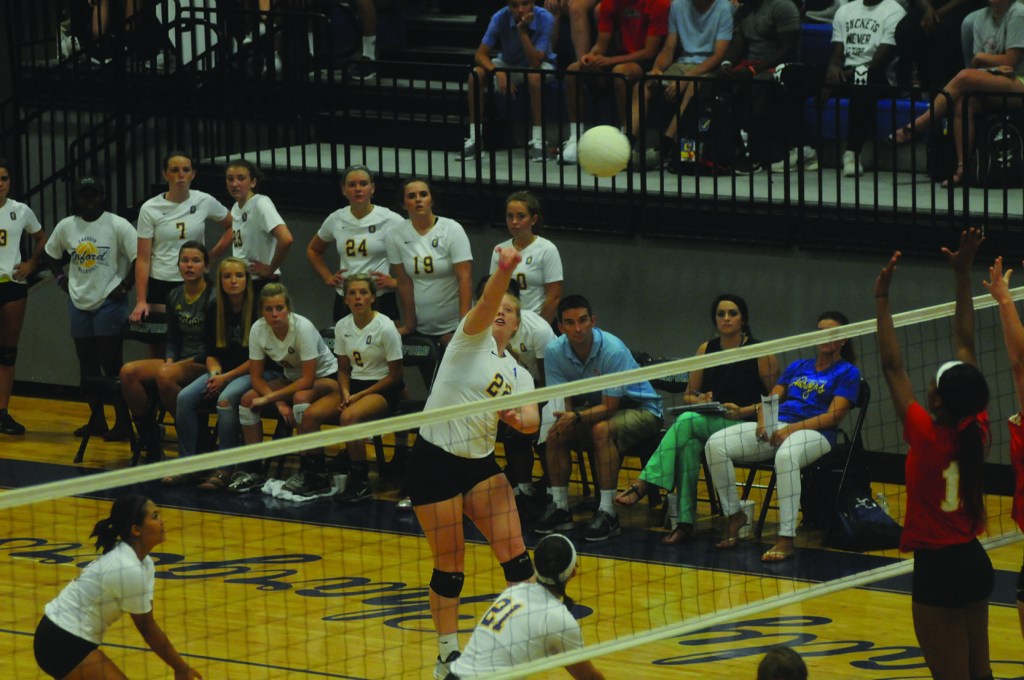 The Chargers (1-0) jumped on Lafayette quickly in the opening set, scoring 20 points before the Commodores would record five points of their own. The veteran experience of Oxford outweighed the youth and unknowns of Commodore coach Clint Jordan’s team early on.

“It’s really good to get in a game and see where we need to work on,” Jordan said. “I’ve got a good (junior varsity) bunch, and they push us and we can see some cracks in what we’re doing. … I really felt good about things in spurts. I didn’t see enough of that.”

The one-sideness of the match tapered off slightly in the second set with Lafayette (0-1) able to get the score to 19-15 late before the Chargers rattled off a 6-2 run to claim a commanding 2-0 lead over the Commodores.

The match became interesting early in the third set when score was tied 6-6. Oxford flexed its muscles again, pulling out to a 15-8 lead only to have Lafayette go on a 6-4 run to make it 19-14. A 6-1 run by the Chargers put the match away, giving them the win.

“We have a lot of seniority, and there’s just a lot of chemistry,” Oxford coach Tara Ross said. “Obviously, it’s still the first game of the season, and there’s a lot of things to work on. That was a good opener and just kind of showed us where we are and what we need to work on. … We just got to work on staying in the game and in the moment.”

The Chargers continue their opening homestand Thursday when they welcome in 6A powerhouse Southaven while Lafayette goes on the road for the first time this season to take on Ripley.