TAKING THEIR TURN: Olympic Rebels get their shot at Rio in various roles 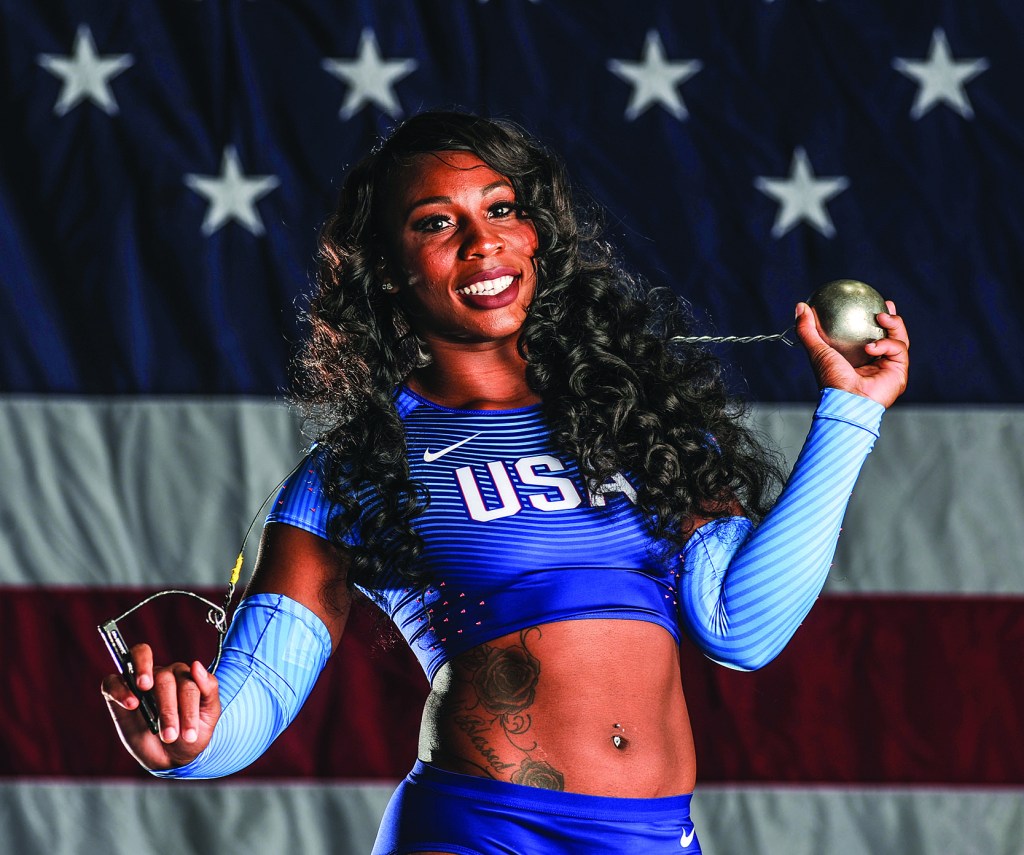 The Rio Olympics are almost a week old with several events already completed. The biggest attraction of the Summer Games is track & field, which begins this weekend.

Ole Miss will be heavily represented inside the Olympic Stadium with seven current and former athletes and coaches participating in events.

“It is an exciting time for me as the head coach for the U.S. Olympic Team,” Ole Miss track & field coach Connie Price-Smith said before the Games began.

Price will serve as the U.S. women’s track coach.

“It is exciting to be the head coach of athletes that are going to the Olympics with me,” she said. “Ole Miss has seven athletes, present and future, that are traveling down to Rio. I’m excited to be a part of it.”

Along with Oxford native Sam Kendricks (men’s pole vault) and Brittney Reese (women’s long jump), there is another Rebel who could be vying for a spot on the podium. Raven Saunders will be continuing her record-breaking year as she competes in the women’s shot put on Friday.

The rising junior finished second at the U.S. Olympic trials last month in Eugene, Oregon, to earn a spot on her first Olympic team and is carrying a lot of momentum with her into Rio de Janeiro.

“I’m just excited about it,” Saunders said during a press conference last month. “I don’t feel any different about it because I don’t want it to change my work ethic at all. Maybe just pushing myself a little harder to see how I stack up against the best competition in the world for the next four years. I’m trying to push forward and keep going as strong as I have been.”

Saunders was dominant on the collegiate circuit this season, winning her second consecutive NCAA outdoor title and breaking a 33-year-old collegiate record in the process with a mark of 63 feet, 5 inches. She ranks among the top women in the world with her NCAA-winning throw putting her as fourth-best at the time.

“For me, it comes down to performance. This has been the goal coming down. When we think about Rio, it was being in the Olympic stadium in those rings rather than being outside of the competition. … Hopefully we go down there and get some personal records.”

When asked if her star pupil could come away with some hardware and maybe even a gold medal, Smith didn’t shy away.

“I wouldn’t count anything out,” Smith said.

Coach turned competitor
Ole Miss volunteer assistant coach Gwen Berry is getting a chance to participate instead of oversee one more time. The former Southern Illinois track standout qualified for the women’s hammer throw, which begins on Friday with qualifying and then concludes on Monday with the finals.

During her time at SIU, Berry earned All-American honors as well as being named to the All-Missouri Valley Conference (MVC) team during her four years as a Saluki.

“It’s a good feeling,” Berry said of making the U.S. team. “I had confidence in myself that I would make the team. I wasn’t as happy as everyone else probably because I didn’t have my greatest performance (at the Olympic trials), but I am really grateful.”

Going from coach back to athlete was not a hard transition for Berry as it may be for people in any other sport. With Berry having been a collegiate competitor as recently as five years ago and staying with the sport as a coach, it caused her to have to stay in relatively good conditioning.

“It isn’t really tough,” Berry said of balancing the two. “I try to train with (the athletes) as much as possible, and the students listen. They keep you pumped, keep you motivated. You have to think. I am 27. (Saunders) is 20, not even that. So if she can make it, I can make it. She keeps me motivated.”

Other current and former Rebel athletes competing include Antwon Hicks in the men’s 110 meter hurdles (Aug. 15-16) and Ricky Robertson in the men’s high jump (Aug. 14, 16). Reese will be trying to defend her 2012 Olympic gold medal when the women’s long jump competes Aug. 16-17.

A couple former Rebels have already begun their Olympic journey as Anthony Perez and Rafaelle Souza have been competing in the men’s basketball and women’s soccer tournaments, respectively.

Perez and Venezuela are 0-2 in Group A play not counting Wednesday’s game against China, which was not completed by press time.

Souza is living out her career goal of playing on the Brazilian national team in her home country’s Olympics. Brazil, a heavy favorite to win gold along with the United States, went 2-0-1 in group play and will play Australia in the quarterfinals on Friday at 8 p.m. CT.