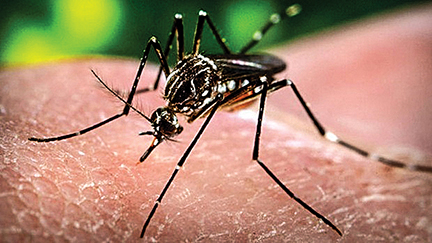 Local emergency management officials said the Mississippi State Health Department has confirmed one active case of the Zika virus has been discovered in Lafayette County.

The infected person contracted the disease while travelling out of the country, said Oxford’s Emergency Management Coordinator Jimmy Allgood this morning.

This is the first case of the Zika virus reported in Lafayette County and the 15th confirmed case for the state of Mississippi.

On Aug. 1, the MSDH reported three new travel-associated cases of Zika virus with two in Panola County where the two affected people had recently travelled to the Caribbean island of Grenada, and one in Harrison County where the resident traveled to Honduras.

“We were told there was one confirmed case that was travel related and that was about all the information I have been given,” he said this morning.

Zika is a mosquito-borne virus that causes severe birth defects in a developing fetus — including brain damage, hearing and vision loss, and impaired growth — if the mother is infected during pregnancy. Zika virus infection can cause a mild illness with symptoms (fever, joint pain, conjunctivitis or rash) lasting for several days to a week, but 80 percent of those infected have mild symptoms or no symptoms at all. Death is very rare.

The breed of mosquito that is spreading Zika — Aedes aegypti — has not been detected in Mississippi since the early 1990s. The MSDH is currently conducting surveillance for Aedes mosquito populations in every county in the state.

“It’s important to remember that all of our (Zika) cases that have been reported in Mississippi are travel related. It is crucial that pregnant women not travel to countries where Zika is actively being transmitted,” said MSDH State Epidemiologist Dr. Thomas Dobbs in a recent press release. “Additionally, West Nile virus continues to be a major health threat in Mississippi. We are now in peak West Nile season, and we advise all Mississippians to continue to take precautions to prevent infection as we move through the late months.”

No one has died this year so far from West Nile or the Zika virus.