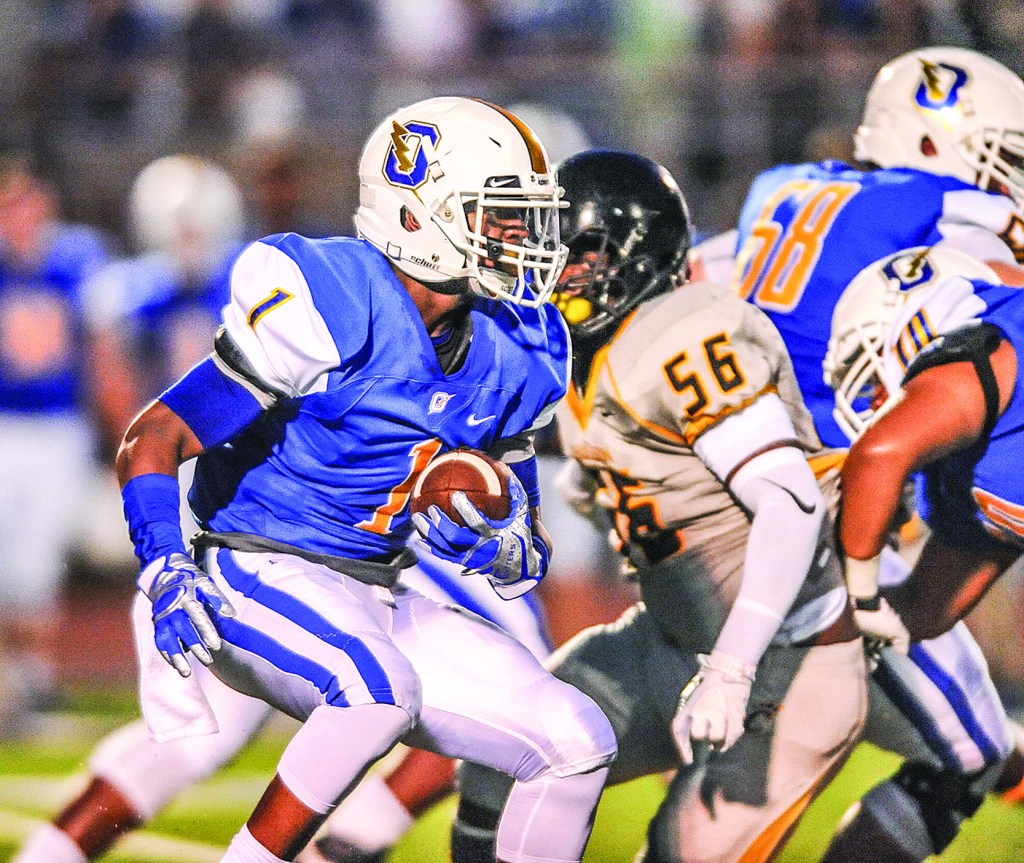 With a first-year head coach, a host of fresh contributors and even some new uniforms, Oxford put its new look on display for the first time Friday against Charleston at Bobby Holcomb Field in a tuneup for its season opener at Southaven. The Chargers fell 14-7 in a two-quarter varsity scrimmage in the Oxford Jamboree.

The flow was predictably choppy at times with some players getting their first dose of extended varsity action for Oxford coach Chris Cutcliffe, who’s taking over for the retired Johnny Hill while being tasked with finding other playmakers now that Jack Abraham, DK Metcalf and other significant members of what was perhaps the most decorated senior class in program history are gone.

“It is a little bit of learning on the run,” Cutcliffe said. “You talk about things and prepare for them, but until we actually get in a live game situation, there’s things you learn as you go.”

But missed tackles by a defense that’s got more than half its starters back from last year’s Class 5A North Half title team and ball security were issues that took Cutcliffe by surprise. Sophomore John Reece McClure, who’s following Abraham at quarterback, took his first varsity snaps and went 7 of 13 for 85 yards and a touchdown but accounted for all three of the Chargers’ turnovers.

McClure’s first of two interceptions came after a pass went through his receiver’s hands on the Chargers’ second possession while he didn’t have much time to survey the field with his protection constantly breaking down. Charleston got to him for four sacks, the third one forcing a fumble early in the second quarter that the Tigers eventually turned into the game’s first points on Tre Truly’s 22-yard touchdown pass to DeQuan Street on fourth and 17.

“It doesn’t meet the expectations for us,” McClure said. “We know we can come out and execute better than that. We’ve just got to come back and work hard on Monday.

“We’ve got a lot of good film to look at, and we’ll learn from there.”

McClure came back two possessions later to find Barry Flowers deep across the middle for a 38-yard catch-and-run score to put the Chargers up 7-6 with 3:40 left. Charleston milked most of the remaining time with a seven-play, 70-yard drive aided by a pass interference penalty in Oxford territory to retake the lead on Dontarius Cosby’s 33-yard strike to A.J. Reed.

Truly ran in for the two-point conversion with 38 seconds remaining, and McClure’s final pass was picked off by Rickey Sutton two plays later as Oxford tried to push the ball down the field. The Chargers forced a pair of turnovers of their own with DeChristian Cummings and Jamar James each recovering fumbles, but the offense couldn’t do anything with the extra possessions.

Things start for real Friday when Oxford travels to Southaven for a 7 p.m. kickoff.

“The old saying is you make your biggest improvement between your first and second ball game, and that’s one of the beauties of having a jamboree is you have a chance to come out before it counts and get that first one out of the way,” Cutcliffe said. “I expect our guys to respond to that and handle it well.”