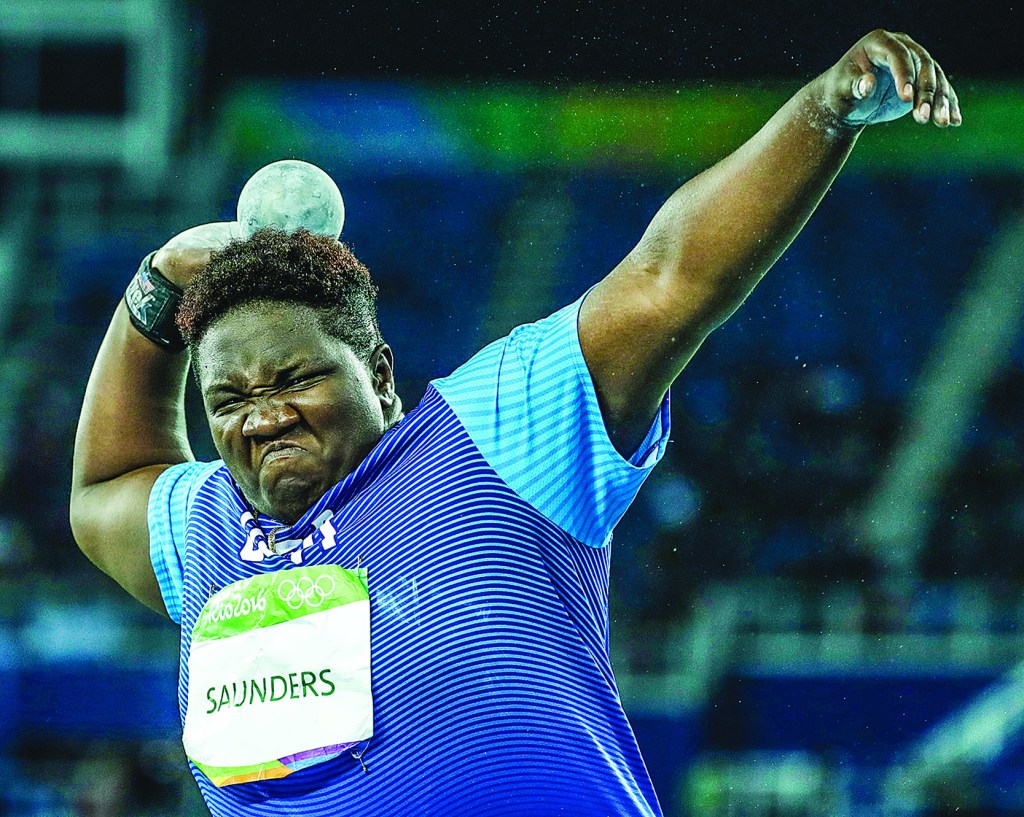 Ole Miss’ Raven Saunders competes in the final of the women’s shot put during the Summer Olympics at the Olympic Stadium in Rio de Janeiro, Brazil, on Friday. Saunders tossed a personal best of 19.35 meters to finish fifth. (Matt Dunham/AP)

Raven Saunders’ first Olympic appearance was one to remember. Saunders, Ole Miss’ record-breaking shot putter, launched a personal-best throw of 19.35 meters (63 feet, 6 inches) to finish fifth in the women’s shot put Friday at the Olympic Stadium in Rio de Janeiro. Competing for the United States, Saunders recorded the record heave on her final attempt after fouling four straight times. The throw bested her collegiate record mark of 19.33 set this spring to win the NCAA outdoor championship. Saunders, who will be a junior for the Rebels next season, was the youngest of the 36 event participants. “She competed like a champ,” U.S. track and field coach and Ole Miss coach Connie Price-Smith told the school’s website. “She was throwing with her role model, who is now an Olympic champion. I told Raven that she couldn’t ask for anything more because to come in here as a baby and walk out with a (personal best) and fifth place the first time through an Olympic Games is priceless.” Saunders also broke the all-time collegiate indoor record with a distance of 19.23 this season and finished second in the U.S. Olympic trials last month to qualify for Rio. Fellow American Michelle Carter won the event with a throw of 20.63 — a new American record — on her final attempt to edge silver medalist Valerie Adams of New Zealand (20.42). Hungary’s Anita Martin (19.87) won the bronze. Berry competes Ole Miss volunteer assistant coach Gwen Berry took her turn as an Olympic competitor Friday, placing 14th in the hammer throw to finish two spots of out qualifying for the final. Berry’s distance of 69.90 was four-tenths of a meter shy of putting her in the top 12.