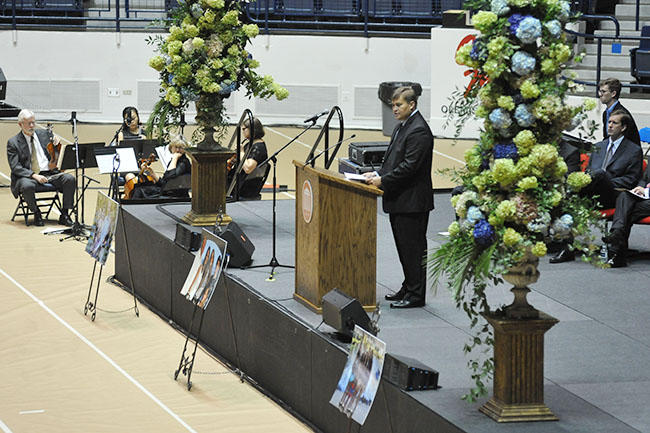 Say a prayer for the children tonight.

They are going to need it, the 11 Oxford children who in an instant today lost their parents when a small plane went down.

Anyone who has ever lost a loved one tragically understands how much these children will need our community’s collective prayers. Plus, it is every parent’s worst nightmare, right? The thought of getting on a plane and never coming back to your children.

Some parents lose sleep over that. Some children, too.

And today, that fear struck deep in the heart of Oxford and these three families.

One moment, the children are playing, enjoying a quiet Sunday early in the school year; the next moment the plane carrying their parents home goes down, claiming the lives of all six on board.

That’s some kind of shock.

And, say a prayer for Oxford.

Losing three married couples in the prime of their professional and family lives at once has ripped a hole in this community’s heart.

One moment, three couples are traveling home from a dental seminar in Florida together, anticipating soon seeing their children they have been away from for days. The next moment, two loud booms and they are gone.

Oxford is a small community, so when the unthinkable happens — the mothers and fathers of three families tragically killed, leaving young children behind in each household — all hearts are broken.

When word spread of the crash by early afternoon today a pall fell over the city like we rarely see. The community is stunned, searching for something to say, anything to say, wondering why these children must suffer such heart-breaking consequence.

The deceased were more to the community than just parents, too. They were good dentists, good neighbors, and one (Kim Perry) was a good nurse practitioner at Ole Miss, remembered as being “terrific.”

We never will understand why tragedy strikes like this.

We must simply have faith, believing that all things in God’s wonderful, mysterious and at times, heart-wrenching world, work together for a reason. One day these 11 children will be stronger from this.

They will be, with the support of massive prayers and love. Believe it.

So one day, long into the future, these children can explain to others how this tragic moment helped them find their calling in life, how it helped make them who they have become.

But on this day, hearts are broken. Very broken, with the deepest kind of hurt that is going to last for some time.

And that’s why on this day, as families and the Oxford community are torn into emotional shreds by the news that three couples died in a plane crash, faith is all we have.

So, say a prayer for the children tonight.

And, say a prayer for Oxford.

David Magee is Publisher of The Oxford EAGLE.