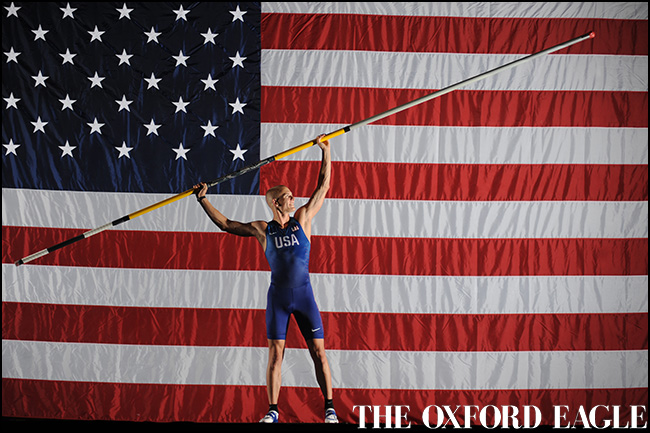 He is the first graduate of Oxford High School to win a medal in the Olympics.

Kendricks cleared 5.85 meters to finish in third place. He had three tries at 5.93 and just barely missed on his last attempt.

A full house watched Kendricks compete in his home town of Oxford during a watch party at Rafters. The event was delayed by an hour for rain earlier in the evening.

Kendricks was among three favorites in the medal competition, and in Saturday’s qualifying rounds he was the only athlete to make every attempt.

Kendricks, a 2011 graduate of Oxford High, has been one of the top vaulters in the world in recent years and is favored to contend for a spot on the podium. The Associated Press projected him to finish third while bookmakers across the pond have him favored to take home silver.