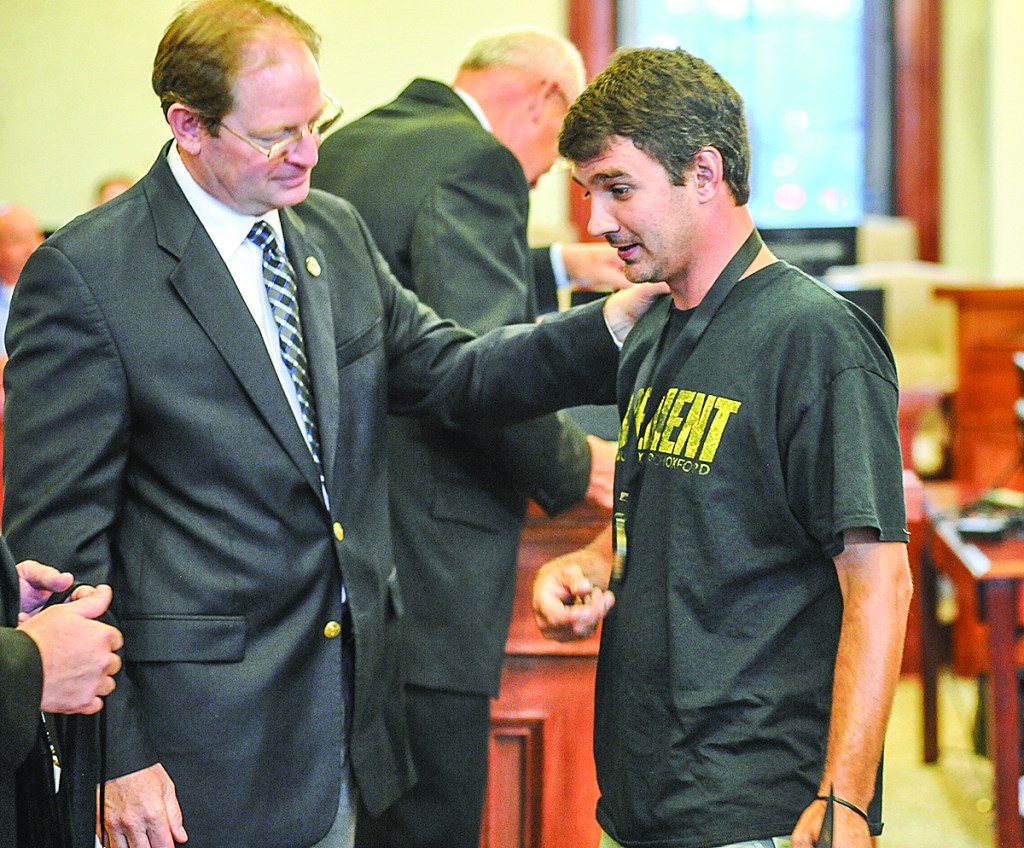 Old habits may be hard to break, but as Third District Drug Court graduate Trell Jones said Tuesday, he’s proof it is possible.

Jones joined 18 other Drug Court graduates at the Lafayette County Courthouse who completed the three-year program.

“We all know how we got here,” Jones told those at the ceremony. “We all know the garbage we’ve done, the people we’ve hurt.”

Jones entered the program three years ago when faced with the option of jail or Drug Court. He has since found sobriety and faith in Jesus.

“When I first came here, I heard all about broken home, broken lives,” he said. “One day at a time, I began to surrender myself to God. I went from being homeless to just buying my first home; jobless to working at Winchester and more side work than I can keep up with. I went from almost losing my family to having a baby on the way and a wonderful blended family. I still get overwhelmed by the blessings God has provided.”

Drug Court can be an option given to criminal offenders if their crimes were committed because of drug and alcohol dependence. Those in the program are made to undergo frequent court appearances and drug testing. If they complete the program, most times the original criminal charge is dismissed from their record.

The Third Circuit Drug Court was established in 2008 and currently has 231 people enrolled.

“I believe if I could wave a magic wand, I’d remove 85 percent of the criminal cases I see each day,” Chamberlin said. “Drug Court is about accountability. We have people who have turned down drug court and took prison because they know the system. The person who makes a drug court successful is the participants. We’re like the hammer, making you do these things, like go to meetings. But it’s you who has to make it work and stay clean.”

Third Circuit Judge Andrew Howorth, who spearheaded creating the Drug Court in Lafayette County, said many graduating Tuesday have become mentors to others in the program.

“I hate to lose you,” he said. “You’ve all been so supportive. You’ve been a phenomenal group.”

Tina Mills said if it wasn’t for the Drug Court, she might not be alive today.

“Three years ago I prayed every day for God to end my life,” she said. “I was alone, hopeless and scared. I didn’t know how to quit.”

She was arrested in 2013 and while sitting in the Lafayette County Detention Center, going through withdrawal, she prayed to God again.

“But this time, it was for help,” she said. “And He did help me. God has filled the hole in my heart I tried to fill with drugs and alcohol. He’s taken the desire away. I lived in a dark place for so long. God has given me my life back. The least I can do is live for Him.”