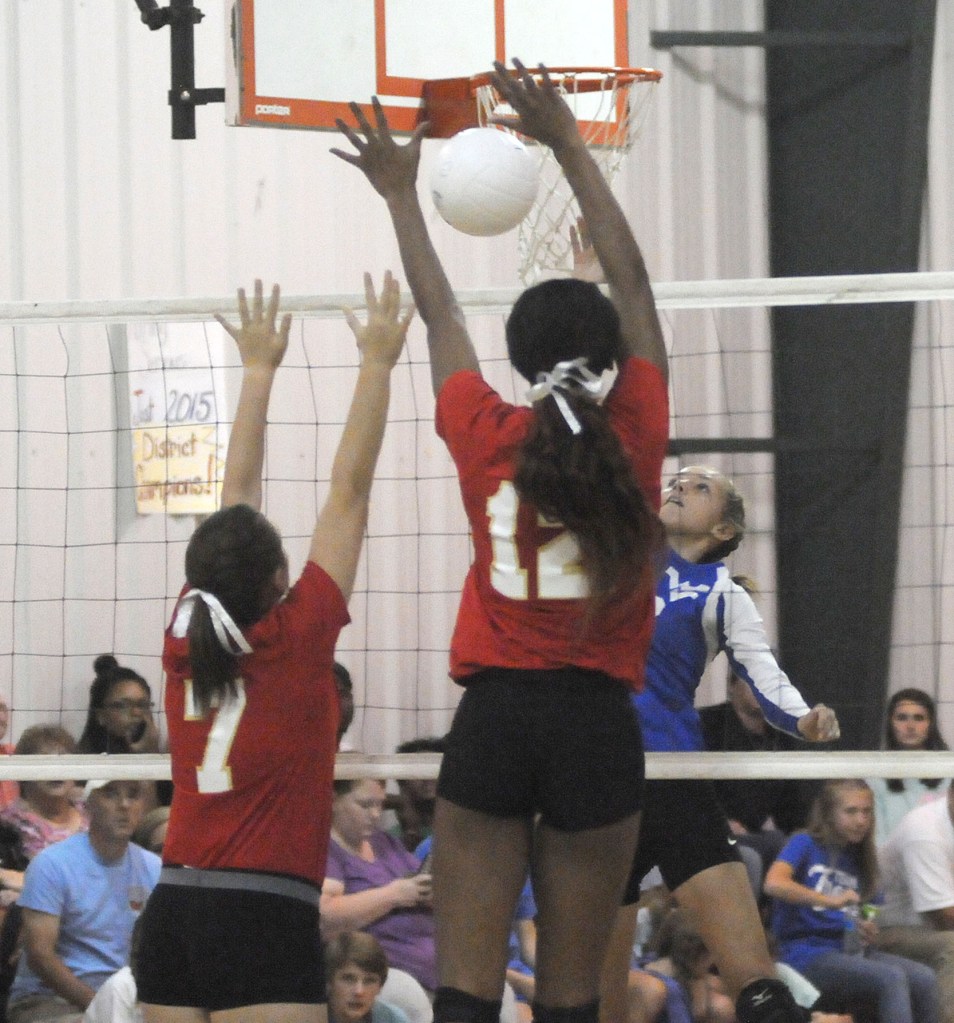 WATER VALLEY — The volleyball season is a week old for most teams, but for Water Valley, Tuesday was the first night of its 2016 campaign and the beginning of the Allison McCain era.

The results were a little bit of good and a little bit of things McCain saw that need to be worked on as the Blue Devils fell to visiting Lafayette 3-1 (25-6, 25-27, 25-9, 25-14) inside the multipurpose building on the Water Valley High School campus.

After Lafayette won the junior varsity match 2-0, it looked as if the Commodores (2-1) would have a quick night, taking the opening set with little resistance from Water Valley.

“I saw that we got up, we got intense,” McCain said of the second set. “Our girls showed a lot of progress and a lot of fight. It was good for them. Now our intensity kind of dropped, and that’s just something we’ve got to work on as a team.”

Taking control
Upon suffering a rare set loss to Water Valley, the Commodores responded with two straight sets that looked more like the opening frame than the second. After being tied 5-5 to start the third set, Lafayette never trailed the rest of the match, outscoring the Blue Devils 50-23 in the final two sets.

“What I saw was Water Valley came to play volleyball, and they beat us (in the second set),” Lafayette coach Clint Jordan said. “They’re much improved. We kind of fell into their rhythm, and their rhythm is a little slower than ours. But it’s what they need, and they do a good job at it. If we play that way, it opens up some holes. … We have to play near perfect every point to win a point. We’re not as dynamic as we used to be.”

Lafayette kept the momentum it found after defeating Ripley last Thursday and claimed the consolation bracket championship of the Set It Off tournament in Ridgeland over the weekend. The Commodores host Pontotoc on Thursday at 6:30 p.m. in their region opener.

Water Valley will have another week off before playing two matches next week against New Albany (Aug. 23) and Cleveland (Aug. 25) at home.