Oxford wants to clean it up in opener 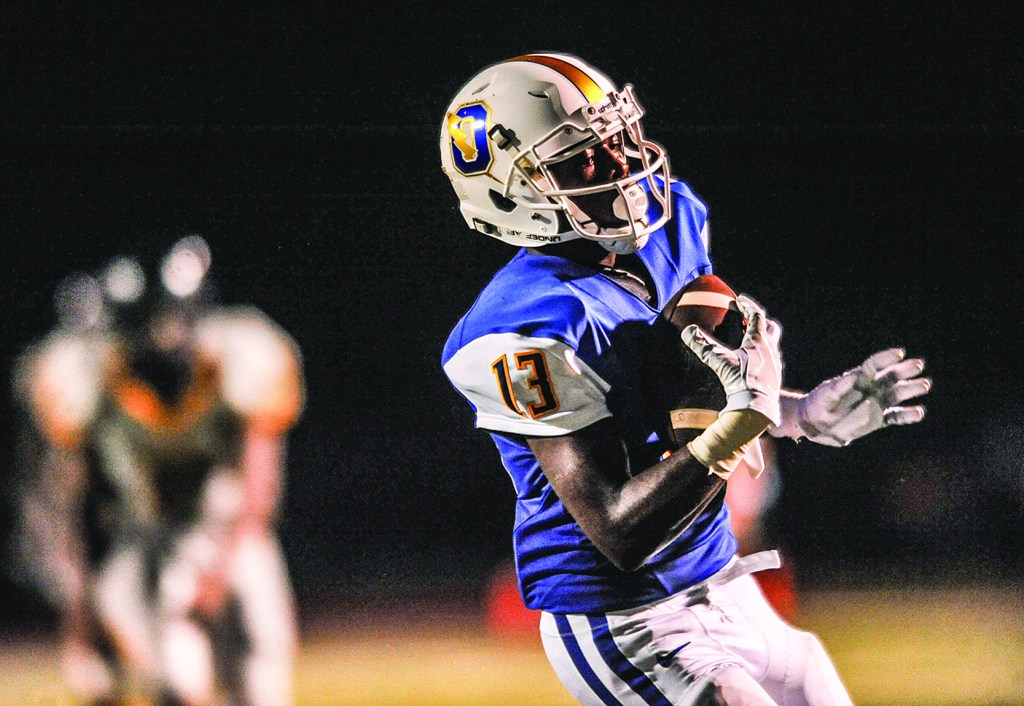 Barry Flowers (13) and the rest of the Chargers are looking for their second season-opening win over Southaven in as many seasons Friday. (Bruce Newman)

The transition from preseason camp to game week brings with it a heightened level of anticipation and a renewed sense of optimism for high school football teams.

But Oxford knows it has to correct some things in order to keep the positive vibes going come Friday night.

Last week’s trial run for the new-look Chargers drew mixed reviews from Cutcliffe, who’s taking over for the retired Johnny Hill after spending the last five seasons as Oxford’s wide receivers coach. A 14-7 loss to Charleston in a two-quarter jamboree featured some big plays by the offense and some opportune ones by the defense, but it’s the three turnovers, four sacks of sophomore quarterback John Reece McClure and suspect tackling that Oxford’s been working on shoring up in practice this week before the games start for real Friday at Southaven (7 p.m., 95.5 FM).

“They understand the things that it takes to win a football game, and they’ve responded with great preparation,” Cutcliffe said. “That’s really what it’s about is preparing to put yourself in the most likely chance to be successful on Friday night. … I guess the biggest thing for me was we did make some mistakes, but they were correctable mistakes.”

The Chargers will get a good gauge of exactly how much progress they’ve made against a Southaven team that will present many of the same challenges as Charleston, Cutcliffe said. Southaven’s playmaking ability starts at quarterback with Marseiluis Vaughn and Jaylen Armstrong, who can break down defenses with their arms and legs.

Balancing it out
A more balanced attack on offense would help McClure, who threw a touchdown and two interceptions under constant pressure against Charleston. Junior running back Hiram Wadlington had just 29 yards on nine carries.

It’s the second straight season the teams will start against each other with Oxford blanking Southaven 35-0 last year. A 6A school, Southaven went 6-5 a season ago.

“I think we’ve got to not allow them to make big plays on offense,” Cutcliffe said. “They have some weapons that can do that in a hurry, so you’ve got to be disciplined and not give them a chance to make a big play. Offensively I think we need to be able to run the football. That’s what we want to see ourselves do a good job of.”