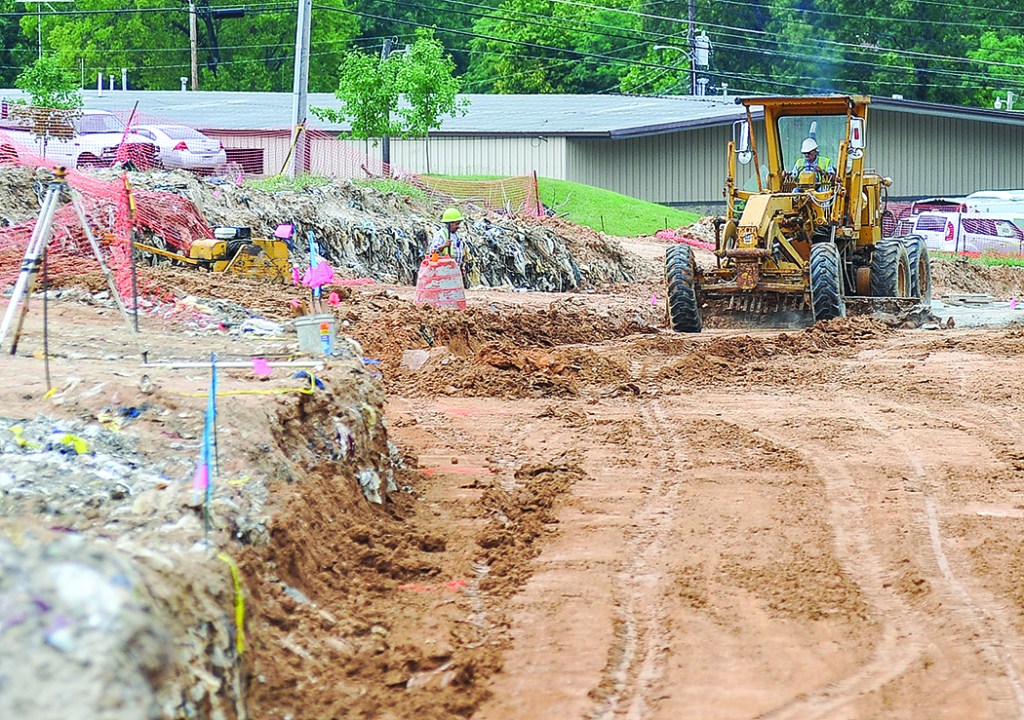 Work continues on the rerouting of Price Street, in Oxford, Miss. on Thursday, August 18, 2016.

When Oxford Public Works Director Bart Robinson and road crews started the relocation of Price Street, they expected to find a lot of garbage under the ground. After all, the land where the road is being moved was once the city’s garbage dump.

However, Robinson admitted Tuesday there was way more garbage under the ground than he originally expected to find.

“There is substantially more garbage on the site than originally confirmed by soil borings,” Robinson said.

The Oxford Board of Aldermen previously approved spending $500,000 on cleaning up the dump. On Tuesday, the board approved a change order for $354,689 to the extra garbage that had to be removed.

Price Street is being moved slightly to the north, just after the Rail Trail crosses Price Street, where it will meet Molly Barr Road closer to the City Shop. The traffic light that is there currently will be moved to the new intersection. The reason for the road relocation was to give the Oxford Park Commission more room for a future new activity center.

The road is expected to be completed in a “couple of months,” Robinson said.

The original plan was to attempt to remove all garbage from areas of any future construction. However, after the removal started, it became apparent that all the soil material, dirt and garbage, could not feasibly be removed.

“The current plan is to remove a minimum of 7 feet of soil material along the roadway and replace the material suitable to build a roadway,” Robinson said. “Unless other issues are encountered, a similar plan will continue for the placement of the parking lot during the future activity center expansion.”

Robinson said he is confident the road and parking lot will hold up for years to come.

The dump was buried and grassed over more than 30 years ago, but some items barely decomposed, like plastic, rubber and tires, he said.