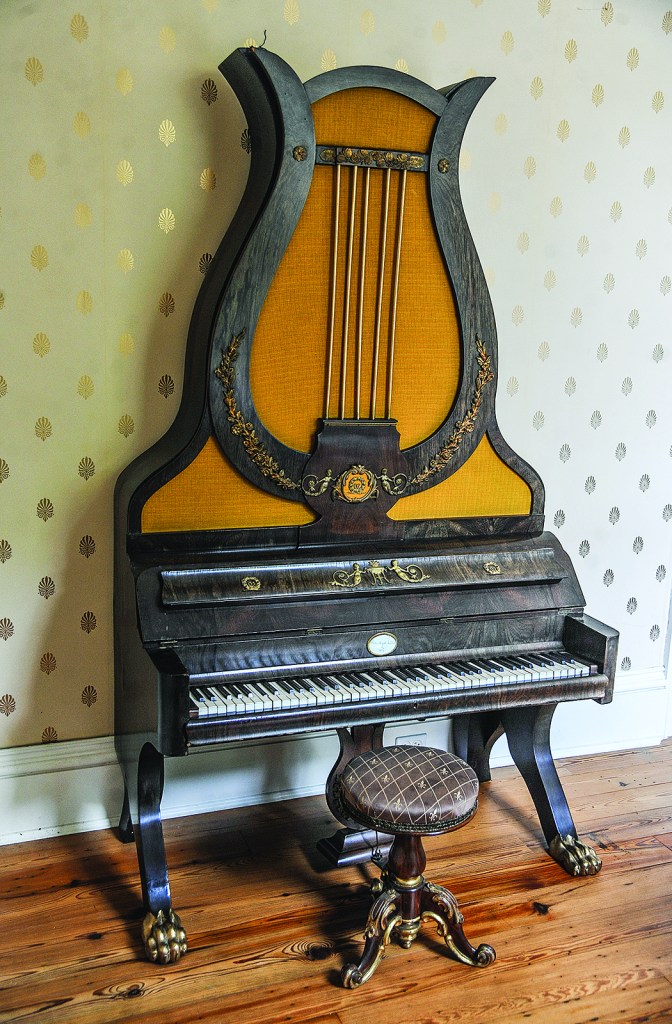 The Oxford-Lafayette County Heritage Foundation is hoping to find a new home for an antique piano that currently sits in a room at the L.Q.C. Lamar House and Museum.

The lyre-piano was built around 1830 in either Berlin, Germany or Austria.

The late Liz Shiver was given the piano when she was president of the Heritage Foundation. The late Dr. J.A. Hale of Holly Springs donated the piano and claimed it was built in Vienna, Austria, in 1835 and that he purchased it in New York.

Having nowhere to put it at the time, the piano stayed in her home for several years. When she passed away in 2014, the piano was moved to the L.Q.C. Lamar House.

According to antiquitymusic.com, the piano model is very rare and similar pianos can be found in several museums worldwide, including the National Music Museum and the Metropolitan Museum of Art.

Jim Pryor of the Heritage Foundation said the piano needs a new home.

“It’s not for sale,” he said. “We would consider donating it to a historic home or museum where people can see it and appreciate it.”

The piano is playable but it’s out of tune and would require work on the keys, Pryor said.

Pryor said there is no room to keep the piano in any of the city-owned historical homes.

To inquire about the piano, contact Pryor at jpryor@dixie-net.com.