Cliff Johnson and Jacob Howard, professors in the Roderick and Solange MacArthur Justice Center at the University of Mississippi School of Law, are among a team of lawyers that received the 2016 Trial Lawyer of the Year Award.

The award is given annually by Public Justice, a national nonprofit firm aimed at ending injustice in the courts.

The group earned the title for their litigation work ending illegal money bail practices in various municipalities, including the Gulf Coast town of Moss Point. The MacArthur Justice Center and Equal Justice Under Law, a nonprofit civil rights organization in Washington, D.C., filed a federal civil rights class action lawsuit challenging Moss Point’s money bail system, which kept many defendants jailed while awaiting misdemeanor trials because they could not afford to pay their bail. 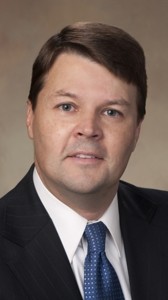 “The law school is so proud of the work that Cliff, Jake and the MacArthur Justice Clinic are doing,” said Deborah Bell, UM law dean. “The impact on Mississippi’s low-income community is profound, and the litigation has ripple effects across the country as well, as this award recognizes.”

“This award is not the end of the story,” said Johnson, director of the MacArthur Justice Center. “This is an ongoing challenge to the abusive money bail system.”

The bail system in Mississippi is flawed, Johnson said.

“Bail is used for the purpose of making sure you don’t flee the jurisdiction of a court,” he said. “The way bail is supposed to work requires courts to receive evidence and undertake an individualized analysis of whether or not a defendant actually is a flight risk.

“In misdemeanor cases, it is exceedingly rare for a defendant to skip town or otherwise fail to appear. Moreover, there is no evidence that paying money to a bail bondsman makes it more likely that a person will show up for court.”

All too often in Mississippi, bail is determined based on a fixed schedule that does not take into account an individual’s ability to pay, Johnson said. If a defendant can pay the full amount, he will get his money back when he appears in court.

Defendants also have the option of paying a nonrefundable percentage of the bail amount to a bail bondsman who will post bail for them. Many defendants in misdemeanor cases cannot afford to pay anything, so they sit in jail until their trial.

“These cases have gotten national attention in part because they expose widespread violations of very clear legal principles regarding the proper use of bail and the incarceration of individuals solely because they are poor,” Johnson said. “But for so long, we have been accepting this misuse of bail that results in the incarceration of tens of thousands of poor people without asking the simple questions: When did we start getting this so wrong? Why are we imposing bail in every single case?”

A settlement was reached in November, and Moss Point agreed to stop the practice that routinely jailed poor defendants. The MacArthur Justice Center also recently settled a case against the city of Jackson that resulted in the elimination of money bail in misdemeanor cases there.

The movement is gaining traction throughout the state, Howard said.

“I think that people are starting to realize that it’s a bad policy, and it’s expensive for municipalities and counties to incarcerate people pre-trial,” he said. “The only people benefiting are bail bondsmen. People are starting to realize that we’re using this system just because we’ve always done it this way. The District of Columbia has had a presumption of release for years, and their system is very successful.” 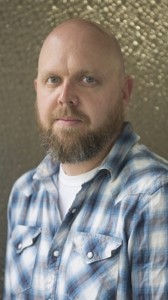 The group is continuing to investigate bail practices throughout the state and anticipates filing litigation against other municipalities, Johnson said.

“Part of what is most gratifying and significant about our work is that we were on the front end of what is snowballing into something really big and really important, and it’s the topic of a lot of conversations nationally,” he said.