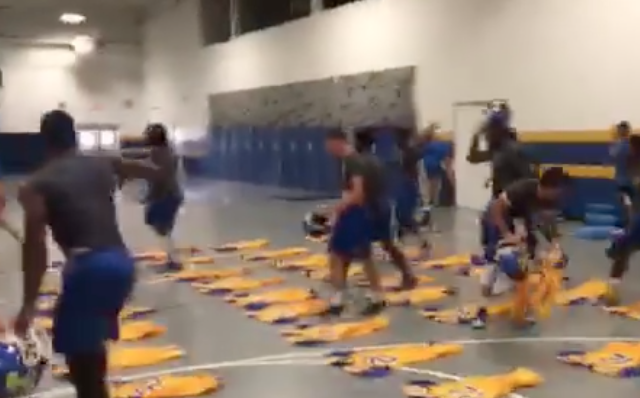 Tupelo won 20-6, and we’re not saying these unis are the reason why, except that’s what we’re saying because these guys are PUMPED.