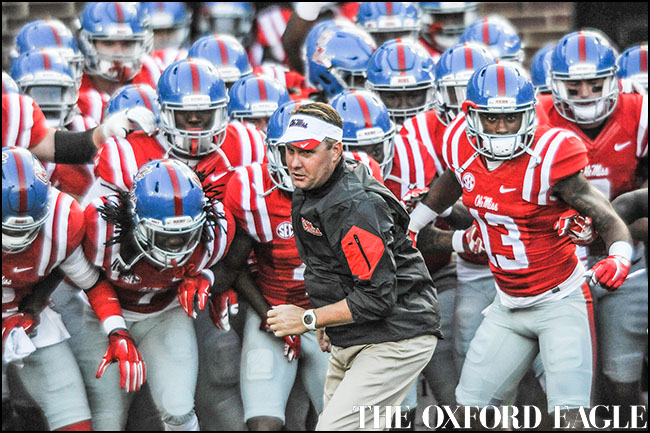 The NCAA has reportedly questioned players at other SEC schools who were once recruited by Ole Miss about the Rebels’ recruiting tactics. (Bruce Newman)

The NCAA’s investigation of Ole Miss has extended beyond former All-American Laremy Tunsil to players recruited by the Rebels that ultimately landed at Auburn and Mississippi State, according to a report.

Forde reported that NCAA representatives visited Auburn, Mississippi State and “at least one more SEC Western Division school” during the summer to talk to players who had been previously recruited by Ole Miss. Those players were granted immunity from possible sanctions in exchange for truthful accounts of their recruitment by the Rebels, according to the report.

Both Ole Miss and the NCAA declined to comment.

Immunity isn’t often used to get information, but it’s not a foreign practice by the NCAA, which doesn’t have subpoena power. It was used during the NCAA’s investigation into various Miami athletic programs in 2011 to get information about impermissible benefits players received from former booster Nevin Shapiro.

Whether to grant limited immunity to student-athletes who may otherwise be declared ineligible based on information reported to NCAA enforcement by themselves or “a third part associated with the individual” has to be decided by the Committee on Infractions (COI) chair at the request of the enforcement staff, per NCAA bylaws.

The NCAA’s investigation into football violations at Ole Miss has been ongoing for several years. The school received a Notice of Allegations in January charging the program with 13 rules violations, nine of them during head coach Hugh Freeze’s tenure and four of those being deemed the most serious Level I, with the school submitting its response in April and self-imposing penalties that include three years probation and the reduction of 11 scholarships over four years.

But another layer was added to the investigation when Tunsil said he received money from an Ole Miss staffer after screenshots of alleged text messages showing Tunsil asking assistant athletic director of football operations John Miller for money to pay for rent and family bills were posted to Tunsil’s Instagram account during the first round of the NFL Draft on April 28.

Ole Miss was originally scheduled to have its hearing with the COI this summer, but its case was taken off the docket as the school continues to look into the claim made by Tunsil, who was suspended seven games last season for the free use of three separate loaner cars and receiving an interest-free promissory note on a down payment for another vehicle.

Freeze said during SEC Media Days last month he hasn’t been given any indication on when the case could reach its conclusion.

“Whatever we did wrong, we should be held accountable if there are things,” Freeze said in July. “We should, and we will be. But the time for that to be decided is not in articles or me trying to have another interview.”